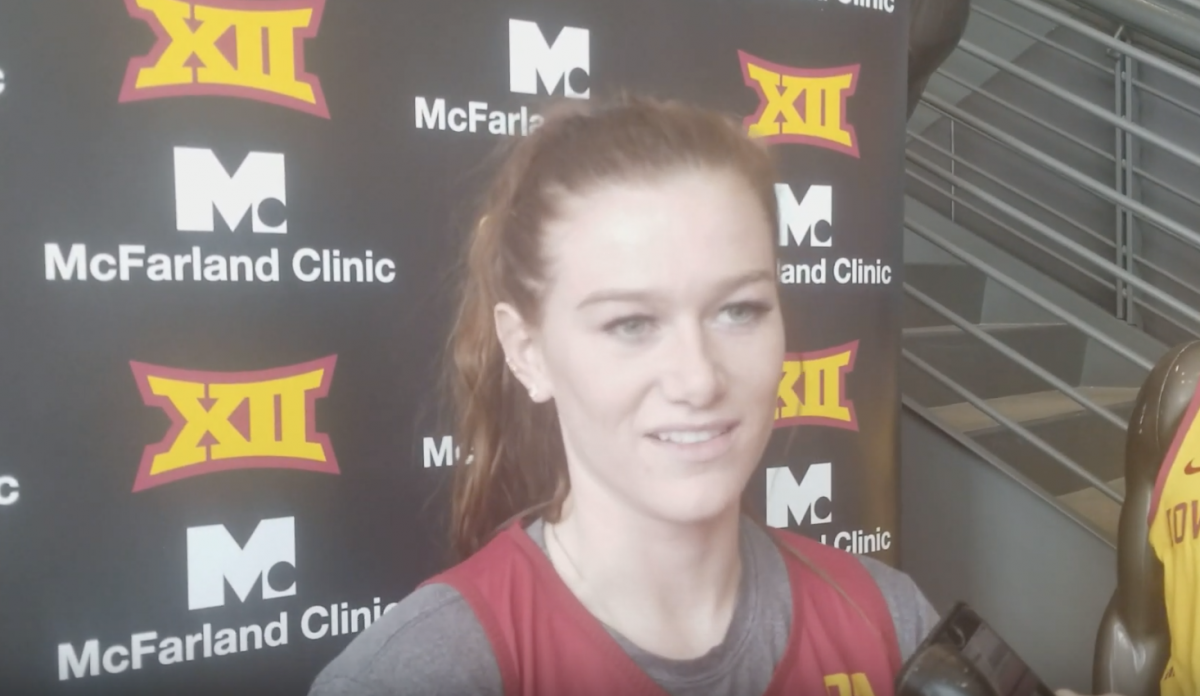 AMES – In a game with potentially the most extreme postseason implications that Iowa State’s women’s basketball team has played this season, the No. 20 Cyclones WILL travel to Austin to take on No. 18 Texas on Saturday at 7.

The team is coming off of a last-minute comeback against Texas Tech on Tuesday night which saw the Cyclones go on a 9-0 run to end the game with a win and a go-ahead basket by Bridget Carleton.

Carleton also touched a bit on Angie Welle, Iowa State’s all-time leading scorer on the women’s side of the program. The Canadian native is currently playing at a pace that could see the record be broken, but she’s just worried about winning.

Last time out against the Longhorns, the Cyclones suffered their first home loss of the year.

Senior Alexa Middleton said that’s stuck in her head for a while.

If the Cyclones can escape with a victory, they will control their own destiny to the No. 2 seed in the Big 12 Tournament as the season draws to a close.

STANZ: Why this year’s Cyclone women’s basketball team will be a blast to watch