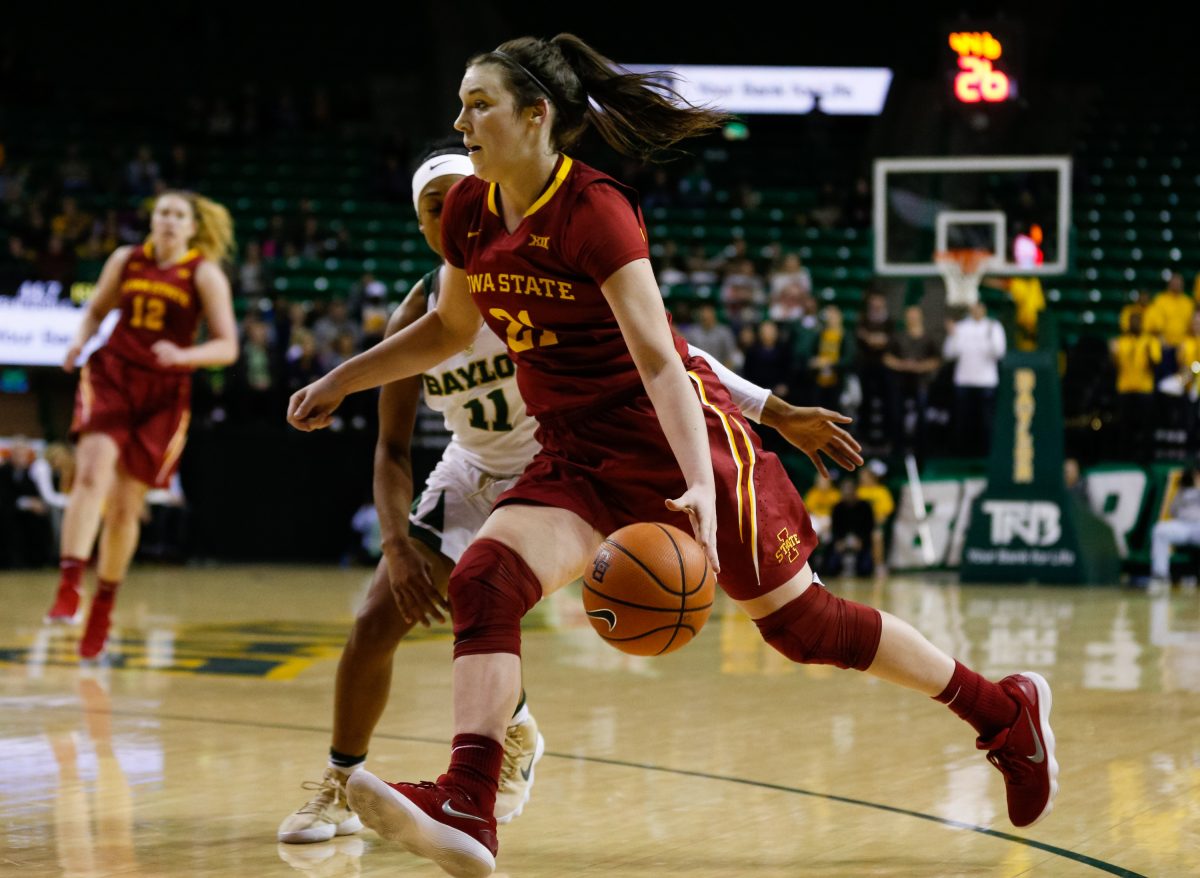 Following a loss to Baylor three weeks ago, the team has won four Big 12 bouts in a row, streaking to an 18-5 record through 23 games.

On Monday, the NCAA revealed that if the season ended today, the team would be in position to host a pair of NCAA tournament games at Hilton Coliseum.

The Cyclones are rolling and seemingly playing their best basketball of the season going into a game against TCU that they are heavily favored in.

The situation is actually oddly similar to that of the men’s team last weekend at home.

Bill Fennelly’s squad is in position to do some big things in the postseason this year, which makes Wednesday’s matchup against TCU (6:30 p.m.) big, despite the Cyclones besting the Lady Frogs by 38 points last time out.

“If we don’t play well [Wednesday], that changes the whole scenario of things,” senior and all-american candidate Bridget Carleton said. “We have to come out at our best. At this point in the season, every game matters. There’s a huge difference between being a four seed and a five seed.”

Even though the Cyclones took it to TCU in the first matchup this year, Iowa State won’t be caught looking ahead. TCU brings a unique style of press into the defensive part of the games at times, which has been known to spell trouble for some teams.

Fennelly handles that by focusing on the offense when his teams are being pressured. They refer to it in Ames as a “press offense,” instead of what most coaches call a press break.

What comes with defending another team’s press is how well the offensive team can take care of the basketball, something Iowa State has done quite well recently.

In its last three games, the Cyclones have committed 10, nine, and 12 turnovers – all of which are down from the team’s 13.8 turnovers per game average.

“We try to talk to our kids ad nauseum about taking care of the ball,” Fennelly said. “We have a lot of people that can make baskets, and if we’re not turning the ball over, they’re all going to get a chance to make a shot. I think if they know that if we do those little things, and make the simple things, [we’ll be fine].”

TCU comes into the game with a 17-6 record and 7-5 mark in Big 12 play, slating them right behind the Cyclones in fifth place in the league. The Lady Frogs had won five games in a row heading into their last matchup with Baylor, in Waco.

“Baylor has broken a lot of people’s winning streaks,” Fennelly said. “We played them a long time ago, so it’s hard to judge. TCU is one of the more experienced teams in our league. It’s a big opportunity for us. With only seven games to go, you’re looking at every possibility.”

Now, TCU returns to its home court with a big opportunity against the Cyclones. Iowa State is just trying to keep its ball rolling.