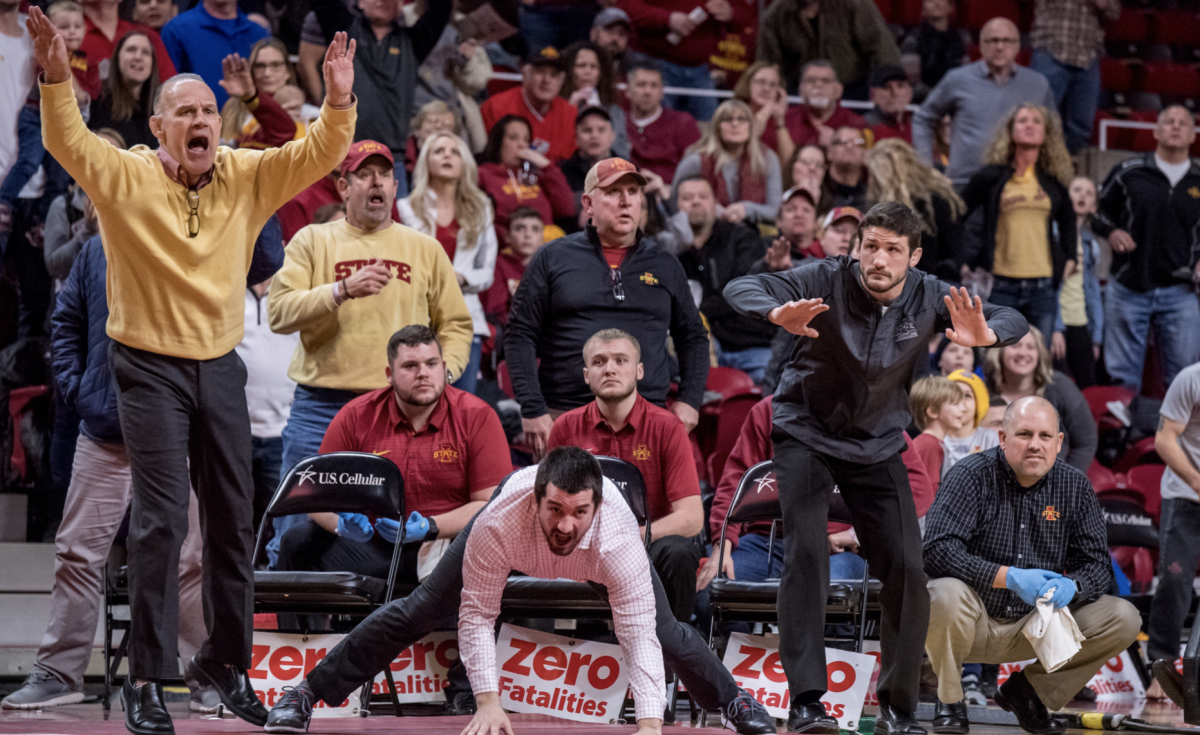 AMES — The atmosphere was fantastic.

For most of the night, the majority of the 3,939 fans inside of Hilton Coliseum were on their feet. In a 25-6 win, the surging Cyclones were able to make comebacks when they mattered most to ultimately defeat Oklahoma and stay undefeated in Hilton Coliseum on the season.

For Kevin Dresser though, it wasn’t enough.

“Best way to put it: It wasn’t enough. It was good but it wasn’t enough,” Dresser said afterwards. “A Viper goes fast, right? When you got a Viper, you got to run like a Viper. We ran like a Volkswagen at way too many weights.”

What did the Cyclones lack?

“If you look at the score, yeah, it was good but we could’ve done better,” Dresser said.

Of all the victories, Sam Colbray (184) was the only wrestler to have a win end in something other than a decision.

“I think that we’re progressing but it’s a detail we need to address,” Dresser said. “We’re not going to get guys to the podium spotting guys.”

Logan Schumacher (165), Gannon Gremmel (HWT) and Colbray were the only Cyclones to now allow a takedown. The silver-lining to this is that it shows that wrestlers who have been needing to improve are in fact getting better. But it also shows flaws in those where more is expected.

Iowa State may still stand 6-0 since competing against No. 4 Iowa in December, but this weekend is a measuring stick for the team’s progress. Oklahoma did just that in helping Iowa State see some of its weaknesses exposed on the mat.

Marcus Coleman (174) did not win in typical fashion. It took a massive comeback garnering 13 points in the third period, where Coleman was a mere three points from losing.

Redshirt junior Chase Straw’s in consistent season continued with a 9-7 loss at 157.

“Be less tentative,” Dresser said. “I told our guys they have to have thick skin so if you get a little bit of old school criticism they need to absorb it.  He wrestles some third periods in Hilton pretty darn good but it’s always when he’s behind.”

“I’ve been a Chase Straw fan but I’m frustrated that he doesn’t go own it more. We’ve been in this situation too much. I just want him to throw it out there and have fun.”

Straw was one of two losses for the day alongside redshirt sophomore Jarrett Degen who lost 12-5.

The highlights of the night

In the match of the night, Ian Parker did not disappoint after winning a sudden victory that brought Hilton to its feet.

Parker has a tough schedule ahead of him as he will face several guys cracking the top 10 in the coming weeks.

“Sorry to say it but that guy was like a one trick pony.” pic.twitter.com/ppjMUXmizp

“I went into that match really focused on his one move that he has,” Parker said. “I think I could’ve not been so cautious and let his technique change the way I wrestled early in the match.”

Parker came out on top when he won in a sudden victory against No. 11 Dom Demas, 4-3.

Freshman Logan Schumacher (165) won 5-0 and is showing signs of a bright future ahead.

“He wrestled tough out on the road and almost beat the 20th ranked guy in West Virginia it came down to the last couple seconds,” Dresser said. “I think we found us one there. A guy that was just a small school state champ in Iowa that caught my eye at the state tournament last year. I’m glad he caught my eye because he’s gonna win some matches at Iowa State before he leaves here.”

Colbray is truly a rebuild story in himself. He is garnering win after win in explosive fashion. He beat his opponent 14-4.

“He’s believing, he’s coach-able, he’s starting to see it, he’s super athletic, he’s got some holds,” said Dresser. “He’s not just hanging on trying to get wins, he’s separating himself.”

This is a huge difference in Colbray from last year till now.

“When you start separating yourself nobody can sneak up on you and get one on you, last year anybody could sneak up on him,” Dresser said. “The investment is paying off. There’s more to that guy, if we can get another minute out of him like the first six minutes, scary. He could be putting up status up of organs in three years.”

The Cyclones have a quick turnaround time as they leave to compete against an even tougher opponent in No. 3 Oklahoma State on Saturday afternoon.

“We have to be ready to go,” Dresser said. “That’s the one thing I’m disappointed in. We’re spotting and it’s starting to be a trend and we need to fix and we need to fix it against the third ranked team in the nation in a day in a half.” 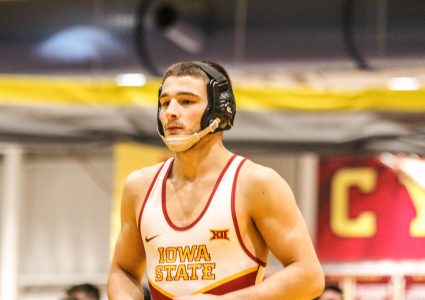 WRESTLING PREVIEW: No. 11 Cyclones to host No. 2 Hawkeyes