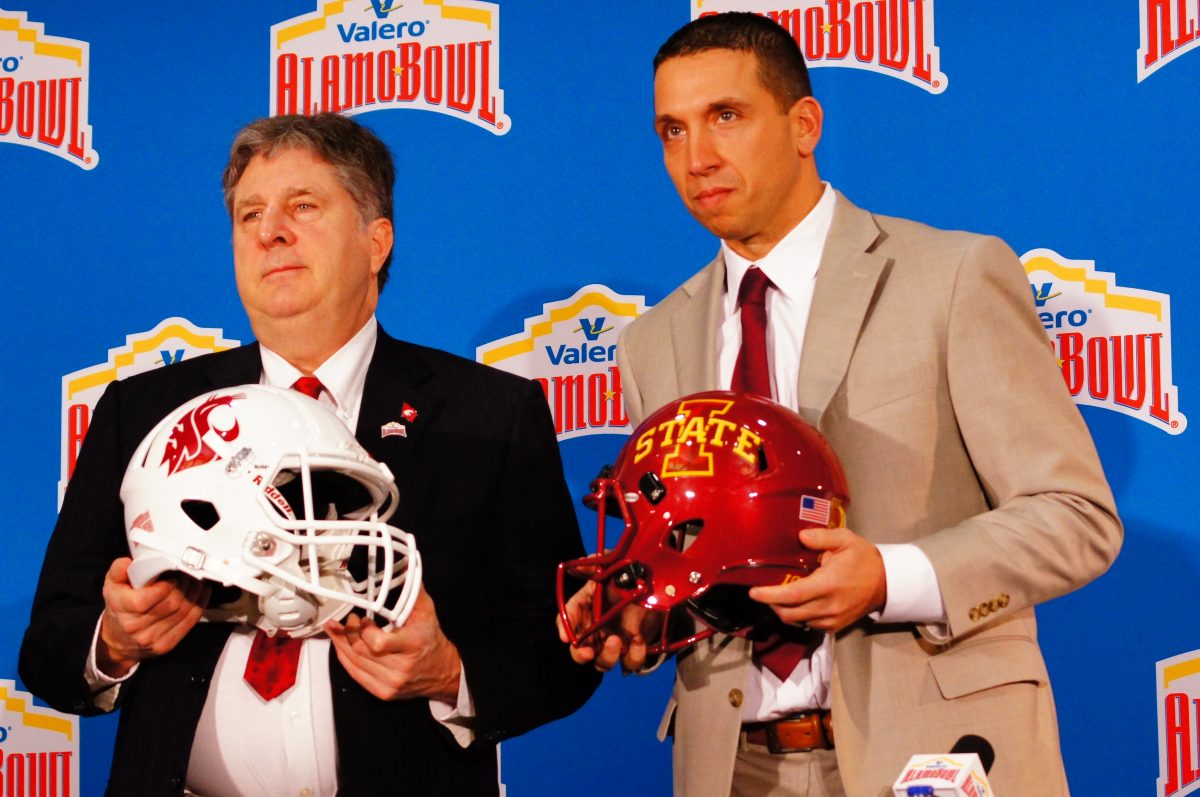 SAN ANTONIO — Mike Leach paid tribute to Iowa in a way only Mike Leach can do.

Call him a “pirate,” or simply a character, but either way, when Washington State’s coach is asked to hold court on something, prepare to be amused, probably  bemused — and almost certainly enlightened.

Leach certainly did (and ran with it):

Q: Coach Leach, what is your lasting impression of the state of Iowa and the people in Iowa?

A: “Outstanding people in Iowa, very down-to-earth people in Iowa. It was a great place to be. I was in Mt. Pleasant, Iowa, of course, Iowa Wesleyan College. Of course every town has some unique thing, unique place, unique story. Iowa is kind of a fascinating place.

It was kind of funny, Iowans love Iowa. There’s actually a great book … by Bill Bryson, and he’s from Iowa, he talks about Iowa, travels across the U.S.

Anyway, this is going to happen in this bowl, too. Folks from Iowa, they’d be going somewhere really cool. They’d be heading to, I don’t know, Disneyland. Yeah, we’re going to go to Disneyland, see what all that Mickey Mouse stuff is all about. Then when it was time to go, they’d be at the airport a couple of hours before the plane left. They’re on the plane, get back there, then they go to Maid-Rite or something once they get back, have their coffee.

Amen, coach. Was and is.

Purdy was named the Big 12’s True Freshman of the Year by ESPN and led the Cyclones to a 7-1 record down the stretch this season.

“I really wouldn’t compare him to anybody in the Pac-12 because I think he has his own style, and we’re going to have to do a good job of containing him and showing him different looks and things like that,” Dale said. “He brings his team up, and he elevates (his) team’s play.”

As for Minshew, he guides an offense ISU defensive coordinator Jon Heacock described as nothing like his crew’s seen all season.

Minshew leads the nation with 4,480 passing yards and boasts a 36-to-nine touchdown to interception ratio.

“The quarterback, obviously well documented, (is) going to be a first-round draft choice, tremendous player,” Heacock said. “Tailback (James Williams, 12 TDs) is a tremendous player, and I just think it’s a different offense, and unless you would just really view and see all the games, it is very different. They force you to do different things.”

PEAVY ON LEARNING TO “TRUST THE PROCESS”

Brian Peavy‘s been through all the ups and downs college football has to offer. Iowa State’s star senior corner has weathered hard times and maintained focus during today’s relatively good times, but the bumpy path hasn’t been easy to navigate.

“I would say it’s very difficult being a young guy entering college and really not knowing what the process was,” Peavy said of his journey. “You just know the culture that you’re in. I think my heart is — I reflect on my hardest thing was how do I get out of it because I’m a guy that I’m new to it and this is all I know so how do you get those wins and overcome adversity? These were things I didn’t know, and now reflecting on it, I would say that was the biggest challenge. Basically learning how to trust the process and how to believe in yourself.” 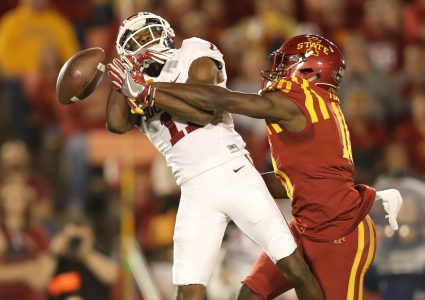