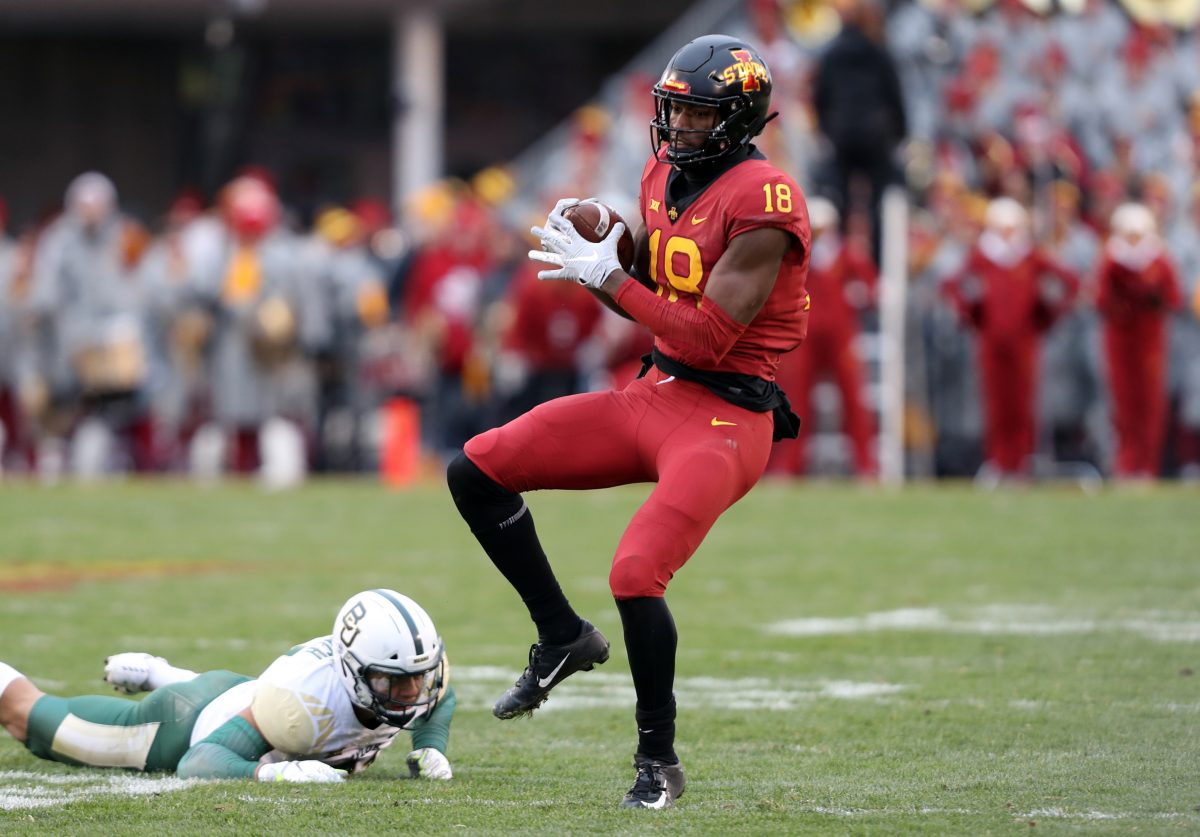 Iowa State has its third All-American of the week.

Wide receiver Hakeem Butler has been named a second-team All-American by The Athletic. He joins Brian Peavy and David Montgomery as All-Americans after Pro Football Focus included the duo on their first-team earlier this week.

Butler has recorded a school record 1,126 receiving yards so far this season on 51 receptions with nine touchdowns. His mark of 22.1 yards per reception leads the nation while his career mark of 19.4 yards per catch would place him third in the history of the Big 12.

This is the first time Iowa State has had three players receive All-American honors in a season since George Amundson, Merv Krakau and Geary Murdock did it in 1972.