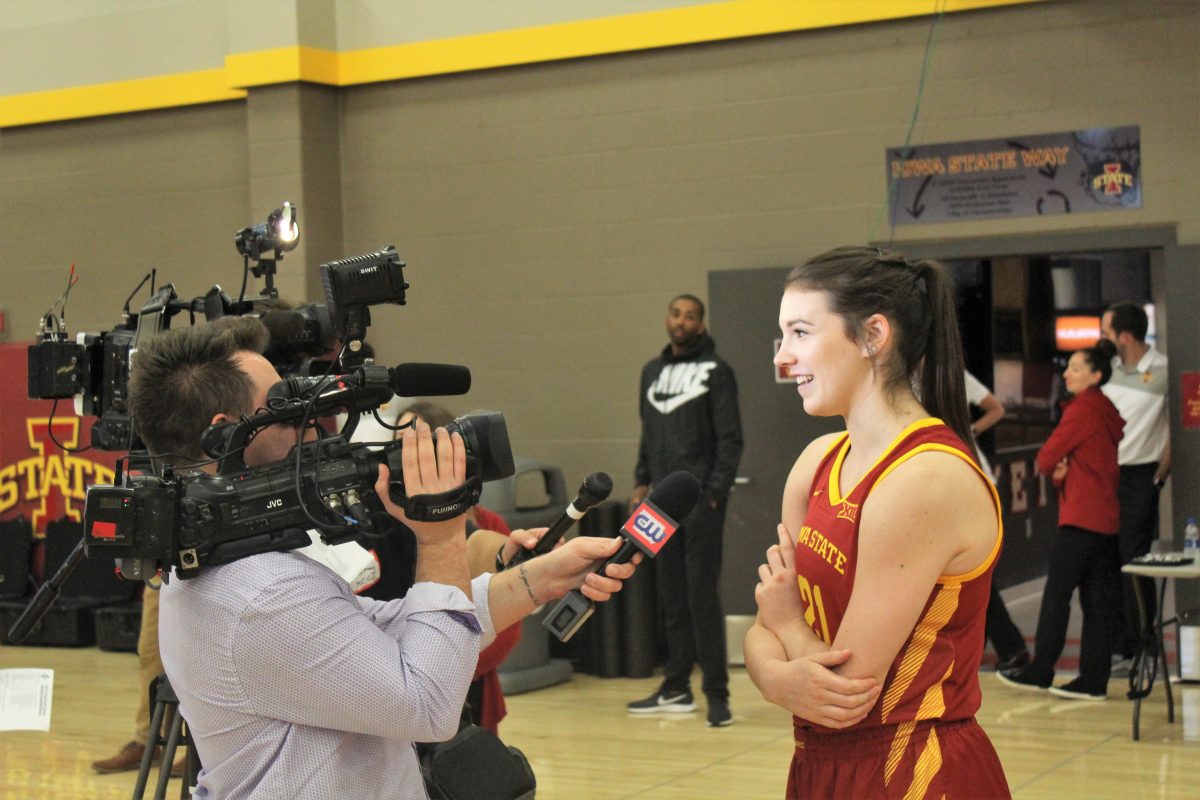 Iowa State’s women’s basketball program has been filled with more success than ever under current head coach Bill Fennelly.

He’s brought countless numbers of talented players through Ames and over the last three and a half years, Bridget Carleton has proven to be one of the best.

Carleton – a native of Chatham, Ontario, Canada – has played a big part in the success that the team has sustained through the first part of its season.

We’ve reached the winter-break-week-off for the 2018-19 year and while half the season might be over via the calendar year, the Cyclones are just about one third of the way through their schedule.

Iowa State has opened with a 9-2 start through its first 11 games while playing one of the toughest schedules in the nation, in part due to Carleton’s play.

Today, we’re taking a look at what senior has done in her career and where she is expected to finish the season amongst Cyclone greats.

Keep in mind, Iowa State still has 19 games on their 2018-19 regular season schedule along with the Big 12 Tournament and NCAA Tournament to play as well – though nothing is guaranteed.

To make things a bit easier, we’ll assume the Cyclones play three postseason games – meaning they win one Big 12 game and make the NCAA tournament – and the 11 games they’ve played so far are exactly 1/3rd of their season.

It would take a lot of Carleton to break Angie Welle’s record, but that doesn’t mean she won’t still be among the best of all time in the stat at Iowa State.

At the current rate Carleton is going, she will finish with 1,973 points in her career, good for second in school history by nearly 100 points. Barring a major injury, Carleton should easily make that mark.

She is currently 42 points away from passing Alison Lacey – who played on four NCAA tournament teams from ’07-’10 – for ninth all-time at Iowa State.

The career scoring average mark isn’t one the marquee basketball stats that folks keep track of, but I threw it in here because of how close Carleton is to being able to break the record.

So far this year, Carleton is averaging 17.9 points per game – which is not bad by any means. Though, her history shows that there is room for improvement.

Each season, the Canada native’s average has gone up by a couple of points per game. Carleton is coming off of an impressive 19.2 ppg season. If she can improve on that mark, she will have a solid chance to set the school record.

For Carleton to break the record, she will have to average 20.86 points per game assuming Iowa State plays 22 more games this year.

Obviously the numbers fluctuate depending on how many games the Cyclones have left in their season, so I threw together a table.

The table flucuates on the level of success the Cyclones have in the postseason and assumes they lose a game in each postseason tournament.

What is promising for fans wanting to see the record be broken, is that with more games the average crawls closer and closer to 20 points per game.

Carleton won’t be competing for the most rebounds in school history, but she is close to cracking the top 10 and should do so by the end of the season with ease.

That should be all in a five games work for Carleton, who is averaging a booming 8.7 rebounds per game this year.

Through the first 11 games this year, Carleton is finding her teammates at a ridiculous pace compared to her past three seasons at Iowa State.

Right now, the senior is on pace to finish the year with 138 assists, which would be 32 more than her best season and would double her totals during her freshman and sophomore years.

The 745-assist mark set by Moody will be untouchable for Carleton, but the top 10 is still in reach.

The start of the year has been kind to Carleton in the category of steals as well, as the senior has tied a career mark of seven steals in not one, but two of Iowa State’s first 11 games.

She currently sits at eighth in the Iowa State history books and is 11 steals away from passing Etta Burns (’85-’88) for seventh.

Carleton can break the record with 57 more steals this season. That’s just 2.6 steals per game.

In Iowa State’s 94-46 win over Prairie View A&M before the break, Carleton recorded one block to put her into the triple digits in the fifth and final major statistical category in Ames.

With her mark of 100 blocks, Carleton became the first player in Iowa State history to record 1,000 points, 500 rebounds, 200 assists, and hit triple digits in steals and blocks.

Do note that if Iowa State overperforms even a little bit in the postseason, then some of these records that seem out of reach for Carleton will become more realistic for the senior all-american. The current projections would mean that Iowa State loses in the first round of either the Big 12 Tournament or the NCAA tournament, and only wins one more game in the opposite bracket.

The biggest statistical category this will help Carleton in is steals, as the senior chases the all-time school record.

Carleton and the Cyclones will return to the floor on Saturday to take on a 9-2 Bucknell team that looks to be a pretty solid opponent for the team. Though, Fennelly said the Cyclones are looking good coming out of the break.

“So so proud of how our players returned to work tonight – usually [the day after Christmas is] a practice that lacks energy and effort, but this group wears it right,” Fennelly said in a tweet on Wednesday. “Lots of work ahead, but also many opportunities. No excuses. No regrets. #IowaStateWay.”

The Cyclones will tip off against Bucknell at Hilton Coliseum at 1:00 p.m. on Saturday and the game can be seen live on Cyclones.TV.