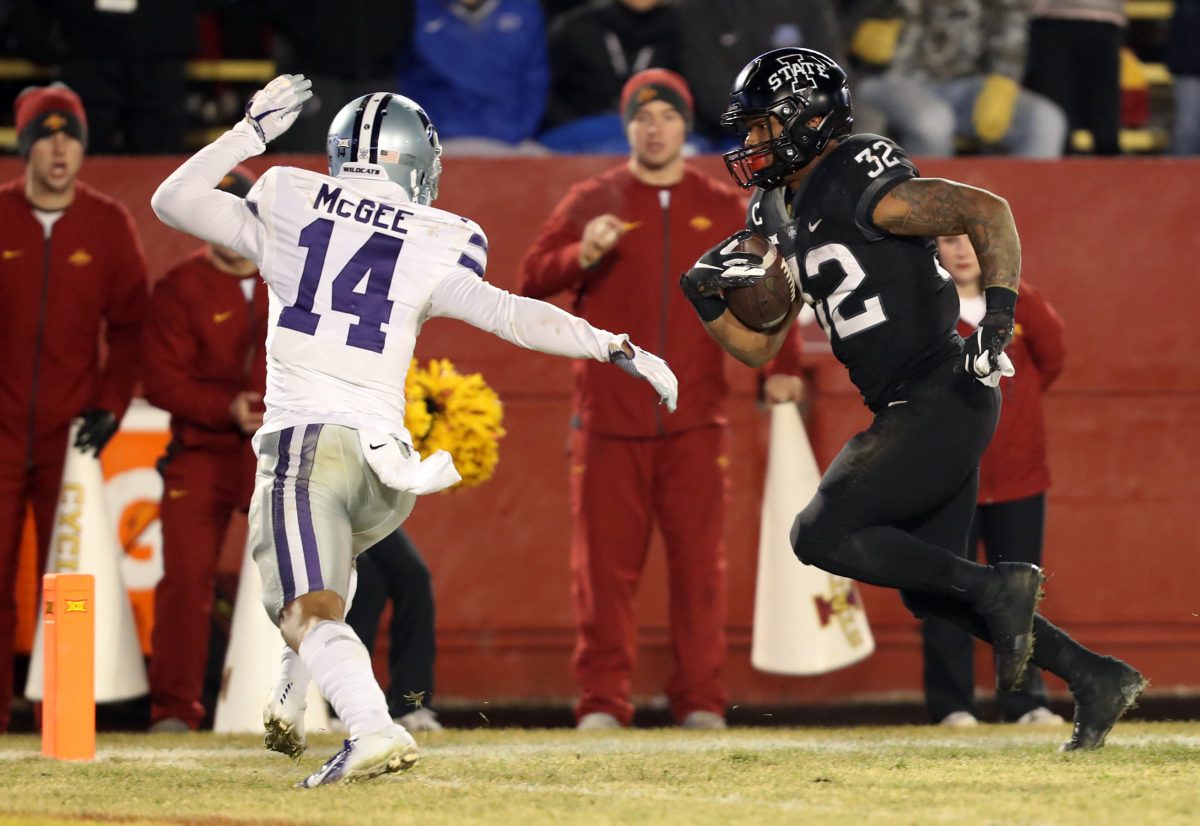 AMES — Could it really happen this way?

Iowa State had rebounded from a 17-point fourth quarter deficit to take a four-point lead over Kansas State with 1:20 left on the clock on Saturday at Jack Trice Stadium. The Cyclones just needed to get one more stop on 4th and 7 from their own 47-yard line.

This had always been the moment when Bill Snyder’s magic had taken hold. Just when the Cyclones looked to be destined for a win, it would happen. Year after agonizing year.

Could it really happen this way?

Skyler Thompson backed up to pass and looked to his right. Dalton Schoen had a step on Iowa State’s Arnold Azunna down the right sideline. Thompson unloaded the pass towards the end zone and watched it fall to the turf as Schoen appeared to be tripped up, possibly by Azunna’s outstretched arm.

Could it really happen this way? There had to be a flag, right? There has always been a flag at this moment against Kansas State. Where is it?

The flag never came. Iowa State’s defense, which had been gashed continuously for the majority of the night, had held one final time. Two plays later, Kyle Kempt entered the game to take the final snap and a victorious knee.

“I really think it’s who we are. We’re not flashy. We’re not always pretty,” Matt Campbell said about the comeback. “But you better not count us out. It’s a team and a program now that I think has existed that way quite honestly for the last two years.”

This Iowa State football program has officially reached heights never seen before. The Cyclones have won six conference games for the first time in program history.

This year’s senior class became the first in school history to secure wins over every team in the conference. Iowa State ends the season tied for third place in the Big 12, its best since a third-place in the Big 8 finish in 1978.

“This team, everybody knows, has been haunting us, I don’t know how many years,” Iowa State star receiver Hakeem Butler, who finished with 144 yards and a touchdown on six catches, said. “Just to get that monkey off our back, it’s incredible.”

It truly was incredible. As was Butler’s first-half performance in which he was quite literally uncoverable, running past Wildcat defenders at every opportunity.

As was David Montgomery‘s 19 carries for 150 yards and three touchdowns, including the eventual game-winning 18-yard scamper with 4:34 left in the game.

As was Willie Harvey‘s performance on senior night with eight tackles, two sacks and a forced fumble that turned into a momentum-shifting scoop and score by Mike Rose midway through the fourth quarter.

It was all incredible. The same guys who have made plays for Iowa State week after week this season, the same ones who have played such a huge role in changing this program, figured out a way to come up with big plays exactly when they were most needed.

“There was no coach’s message. It was more player’s message,” Montgomery said of the sidelines prior to the team’s comeback. “We have too much trust in each other just to give up like that. That’s the old Iowa State. We’re just trying to make a new one.”

This is the new Iowa State. The one no longer haunted by vampires or kicks to the stones. It was all epitomized perfectly on a chilly Saturday, November night in the most storybook way possible.

“It just says that the culture is changing,” Montgomery said. “Process fuels emotion. Process, it creates results. The way you prepare, it shows on the field. Every details counts and we finally are learning how to finish.”

It really happened this way. 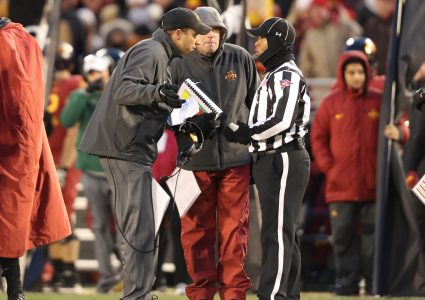