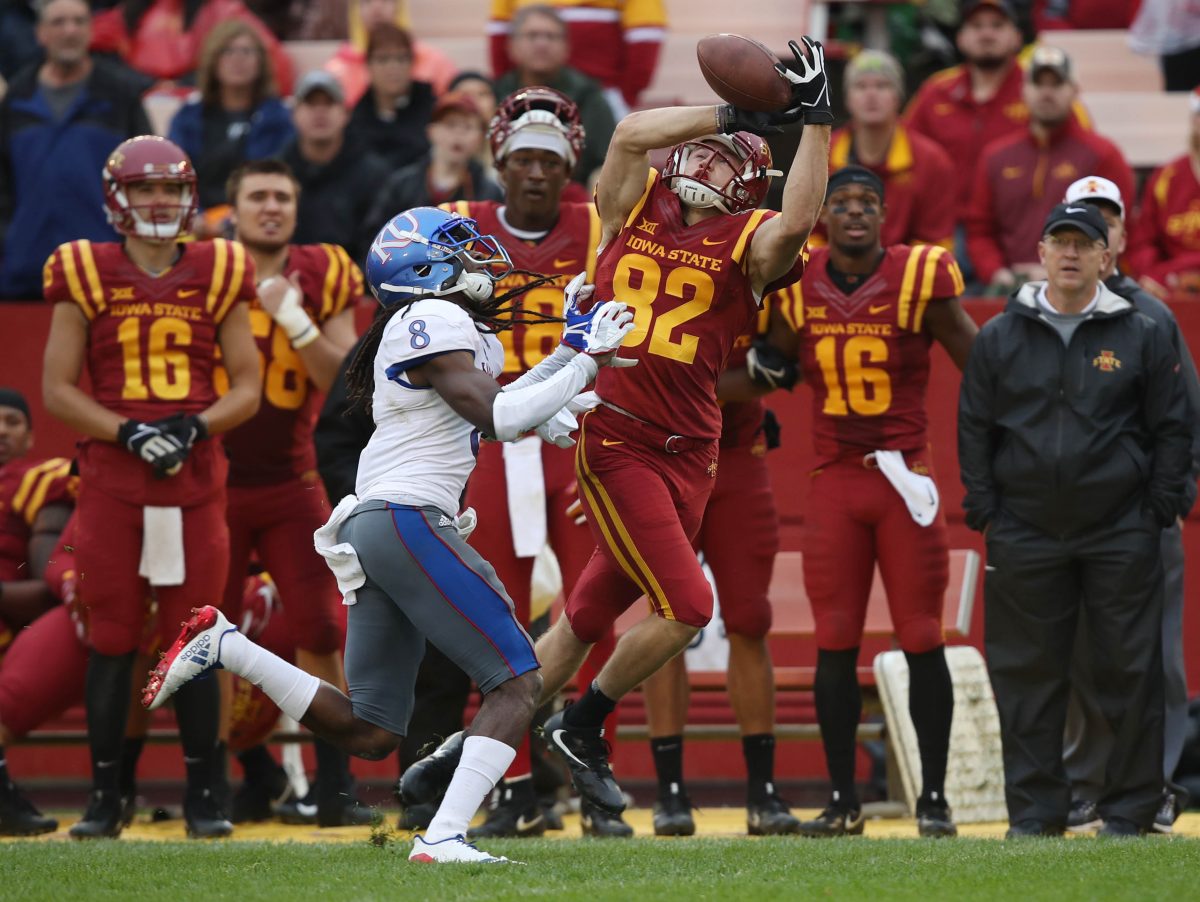 AMES — When was the last time this many different guys contributed in an Iowa State football game?

Seriously, try to think of a game in the past five seasons when as many players made good things happen as they did in the Cyclones’ 45-0 win over Kansas Saturday at Jack Trice Stadium. Less than halfway through the third quarter, the conversation in the press box had already turned to giving the starters a rest and letting the backups get some run.

“That’s when it’s huge. That’s when you’re starting to talk about development,” Iowa State head coach Matt Campbell said after the game. “I think the bigger thing is those guys took advantage of those reps. That’s what I love to see. That means you’re practicing at a really high rate. That means when those guys go in the game they’re making plays.”

In Iowa State’s best defensive performance of the season, a handful of fresh faces were given the opportunity to help seal the shutout late. True freshmen Jake Hummel, one assisted tackle, and Keontae Jones, two solo stops, each saw the field.

“I think defensively the amount of people that went in and played good football for us was really fun to see,” Campbell said. “A lot of guys played. It was great for those guys to be able to get out there and play.”

Yes, this win was a clear indication of one team being better than the other. Kansas is not a good football team and I don’t think you’ll find a single person in Central Iowa who will try to convince you otherwise.

But more than that, this was a clear indication of one program being better than the other. That’s something we have not been able to say much in recent years.

“Obviously, offensively there was some really good things by some of those young guys. Obviously, Landen Akers, Jalen Martin, Zeb (Noland), Sheldon (Croney), the two offensive line got a lot of reps today. It was positive in that sense,” Campbell said. “You love opportunities like that. That’s when you’re growing and you’re building a program.”