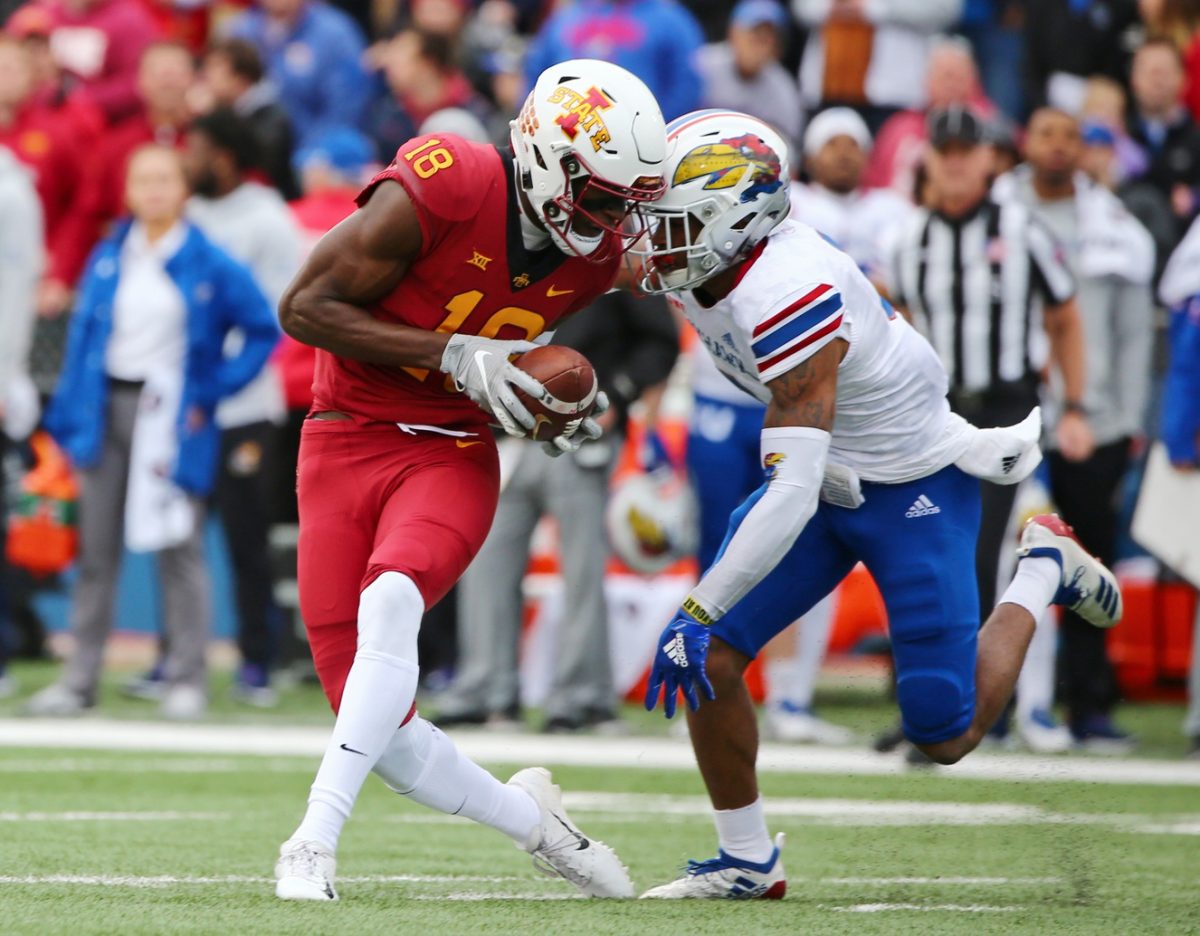 Iowa State’s 6-6 highlight-reel staple had made a pair of nationally-treasured circus touchdown catches in the Cyclones’ 27-3 rout at Kansas the previous day, but he trained his next-day focus on other TV-based scenes.

Instead of a football, Butler cradled a video game controller, nimbly moving his fingers and thumbs while winding through multiple “Call of Duty” missions.

A text from teammate Kyle Kempt lit up his phone.

Huh? Turns out Butler’s childhood football hero, Randy Moss,  was honoring his performance at No. 1 on his Sunday Night “You Got Mossed!” segment on ESPN.

It's a SPECIAL edition of #YouGotMossed! as @RandyMoss gets a little bit of help from the New Orleans crowd and @DrewBrees' sons. 🙌 pic.twitter.com/ef2FyDnBIs

“He was like, ‘Bro, put the TV on,’” said Butler, who leads all FBS players in yards per reception at 24.0. “I’m like, ‘I’m playing a game, Bro. I’m not putting the TV on.’ He was like, ‘I’m gonna record this for you and send it to you’ and he sent it to me. It was just Randy Moss. That was just so surprising to me, because I grew up and I just loved Randy Moss. I had an 84 jersey when he was with the (Minnesota) Vikings. He was just always my favorite player — and I always wanted to be like him. That was who I was, like, growing up like. Everybody in my neighborhood was like, ‘Oh, you Mossed him.’ To see that on TV was kind of amazing.”

Butler wears No. 18 — just like Moss did as his incredible career wound down in Oakland.

It’s a nod to his childhood idol, but that’s not the only reason he dons jerseys emblazoned with the 1-8.

“A little bit,” Butler said when asked if he wore the number because of Moss. “Kind of. Not really. I just say I’m two times better than I was in high school.”

That could be an understatement.

Butler, who owns a Big 12-best eight catches spanning 40 or more yards, didn’t even really start playing organized football until moving from his hometown of Baltimore to the Houston area for high school.

Basketball was Butler’s game and he excelled both on the AAU circuit and for Travis High School.

Hakeem Butler discussed the moment when he found out Randy Moss, someone he's always looked up to, had mentioned him in his "You Got Mossed" segment in this #CFTV pic.twitter.com/BDPOHumKA1

“I would say I was definitely raw,” Butler said. “It was just a lot different in high school just coming into football so late. Everybody’s way more experienced than me, so I was just raw, out there trying to catch the ball however I could. I made a few plays in my practice that my teammates could tell you about, but I always shocked myself.”

“What a play by Butler,” Moss intoned as he narrated footage of Butler’s second touchdown against the Jayhawks.

What a play indeed. And, as Butler said, “crazy” to hear it properly described as such from his favorite player growing up.

He even has a favorite Moss memory — his famed Thanksgiving performance against the Cowboys in 1998. Butler was just two-years-old when Moss made three catches of 50-plus yards (all touchdowns) in the Vikings’ win, but he still marvels at the feat.

“That’s crazy to me,” Butler said.

It never made Butler a Vikings fan, though. Baltimore is home. Always will be.

“I was always a Ravens fan through and through,” Butler said. “Even in the tough years with (quarterback) Kyle Boller, it was tough years, but I was a Ravens fan, always, growing up. Randy Moss is just allows who I followed. Patriots, Raiders. When he was with the Raiders he wore 18, so I love 18.”

Not bad for a formerly raw and mostly untapped talent who looked up to — and is now praised by — the great Randy Moss.

“His work ethic, his consistency — I thought his offseason was maybe as good as anybody in our football program over the last six, seven or eight months,” ISU coach Matt Campbell said of Butler. “It was really fun to watch that. He’s really done it throughout the first three years since I’ve been here. He’s gotten better every year. He’s put himself in a great position to be a phenomenal football player.” 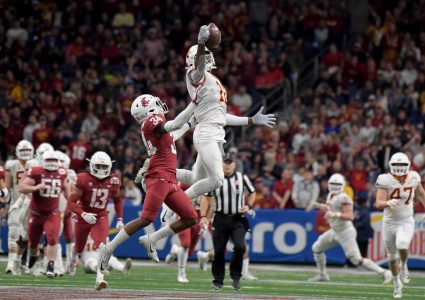 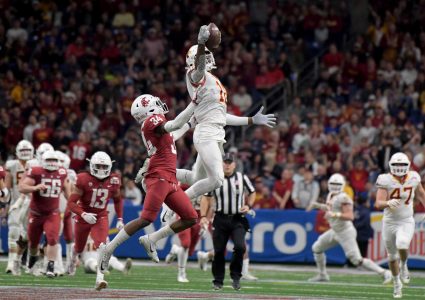