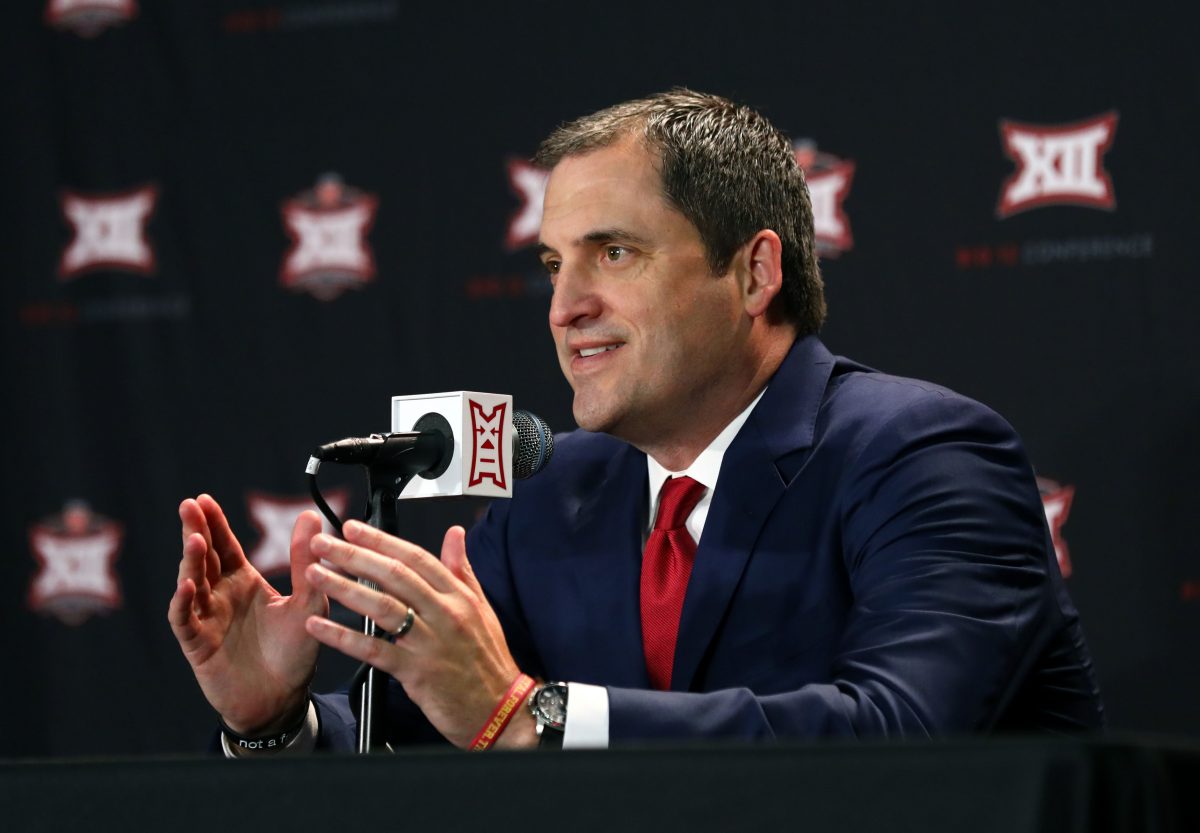 KANSAS CITY — Steve Prohm has made his desire for Iowa State’s 2018-19 men’s basketball team to play small at times well known over the last several months. But with injuries mounting and one player’s status for the start of the season unknown, playing small could be becoming a requirement rather than a change-up.

Prohm told reporters at Big 12 Media Day in Kansas City on Wednesday that junior forward Solomon Young is expected to miss 6-8 weeks with a groin injury, senior wing Zoran Talley still has not returned to full health after a broken nose and sophomore star center Cameron Lard… Well… More on that in a minute.

The idea of playing small has led Prohm to compare this year’s roster to that of his 2016-17 team led by seniors Monte Morris, Matt Thomas, Naz Mitrou-Long and Deonte Burton. Obviously, this year’s team has nowhere near the level of experience that team did, but the possibilities of versatility make them similar in Prohm’s mind.

“That team was small, now. We really didn’t have a five-man. Deonte played the five sometimes. That team got out-rebounded by 10, but they could really shoot and they could really pass,” Prohm said. “They became, people don’t realize, but they became a very good defensive team at the end of the year, second half of the year. I just think the opportunity to play small, to play with good pace, to switch ball-screens, to make shots, maybe not at that level, I think they broke some records that year, they did some special things, but I think it just mirrors that team. The other team, you know, we don’t have a Niang or that guy, but that other team was more four-guard oriented and that’s the main reason.”

The Cyclones got their first real opportunity to unleash the small-ball approach on an opponent when Nebraska visited Ames for a “secret” scrimmage. Iowa State won the 40 minutes with the Cornhuskers 78-74 while playing without Young, Lard and Talley, three players who all figured to be integral pieces of Prohm’s rotation.

Those are not losses Iowa State would have been able to withstand with a considerably less talented roster last season, which Prohm thinks indicates some of the growth the program has made.

“We’ve made a lot of growth in a year but we’ve still got a long way to go,” Prohm said. “I thought our first half was really good, the second half, we weren’t quite as good, but I think the guys see that if we continue to do the things that I’ve stressed and my staff has stressed over the past offseason and preseason that we have a chance to do some good things. Everybody you play at our level is good though, in our league and non-conference, so you’ve got to be locked in.”

Continuing to do the things Prohm has stressed continuously has started to hit home with his players, especially the guys remaining from last year’s 13-18 squad that finished in the basement of the Big 12.

They need to play with pace, move the basketball and defend with tenacity. While losing three key players in the frontcourt certainly hurts, one has to wonder if playing small gives the Cyclones their best chances to do those three things.

“We play a lot faster with four guards. We’ve got one through four who can push the basketball off a rebound and that’s what coach loves,” said senior guard Nick Weiler-Babb. “That’s a good thing for us. We’re going to do it a lot this year and that’s what coach is saying. It’s a good look for us and one through four will be able to knock down a shot. If you play with Mike (Jacobson) at the five, everybody will be able to make an outside shot so it will be good for us and we’ll be able to play fast.”

Alright, I’ll start with the Lard situation, because I will admit the way Prohm worded his answer to a reporter during the press conference portion of the morning did sound a little odd at first glance.

“But like (Cam) knows and I know, there will be some disciplinary measures that I’ve got to hand down once our season starts,” Prohm said. “At that time, you know, I’ll talk about that further.”

Lard was held out of last Saturday’s scrimmage due to what has been reported as a “coach’s decision.” It was the same thing that caused him to miss time on the court on several different occasions during his breakout freshman season.

The answer also prompted more direct questioning from local media once Prohm was off the podium and on the side of Wednesday’s festivities of the Sprint Center.

“There’s no situation. Everybody’s making it a little bigger deal than it is,” Prohm said. “Just like I told you guys before, Cameron’s doing a great job. Cameron had a great practice yesterday. But, Cameron has some things between me and him, he’s got to continue to grow and get his habits better. When I feel like he’s at that place, then he’ll be with us. There’s nothing news happened or anything like that so there is no story. It’s the same exact thing that it’s been.”

Okay, that makes more sense then. Prohm said Lard will travel with the team to Platteville, Wis. for their second “secret” scrimmage — this time against Wisconsin, who features Preseason AP All-American center, Ethan Happ.

Will Lard play in the game? That remains to be decided. Prohm wants an opportunity to see freshmen Zion Griffin and George Conditt on the court. He already knows what Lard brings to the table, but with both of those players missing time for various ailments, this gives the staff another opportunity to evaluate some of the unknown with this roster.

But, it is clear there will be further discipline coming for Lard after his myriad of off-court issues last spring. What the discipline will be, appears to be undecided at this point.

“I’ll know in the next couple weeks. It’s only October 24 today. He’s got some things that he’s got to continue to do,” Prohm said. “He’s a guy that I’m going to stay on every day, every week because I want him to do well. But, I don’t want, you start putting certain things out there or certain guidelines or a certain amount of games and then what if he does something different or what if he does something better? What if things change? So, right now, he’s doing a great job and I’ll continue to evaluate him.”

One of the biggest moments of the morning came when Bob Bowlsby announced the Big 12 has extended its deal with the city of Kansas City to keep the Big 12 Tournament in the city through 2024. Not surprisingly, Prohm was happy about that fact.

“That’s ideal. This is a special place. This is probably the best tournament I’ve been around in person, seen, been a part of, walked through as a fan or coach, back when I was in college as a manager,” Prohm said. “This is a special place. The place is outstanding. It is first-class. They do a great job and obviously making it Hilton South with our fanbase over here is ideal. But, I think it’s also ideal for our league. I think it’s a great venue, not just for Iowa State, but for all of these teams. It’s been really good to us, obviously, so we’re going to be a little biased, but I think it’s a great spot for this tournament and the turnout that this fanbase, not just ours, but they bring for the first night, Wednesday night, all the way through Saturday is terrific.”

Prohm could not elaborate much on Solomon Young’s groin injury, but he did confirm the junior forward will miss an extended amount of time.

“It’s a groin injury. I can’t get into the specifics,” Prohm said. “It’s a groin injury and he got that repaired. He’s going to be out, I’m hoping, 6-8 weeks. I’m hoping Big 12 play for sure. Maybe, mid-December, I don’t know if that’s an aggressive goal, but that’s kind of that 6-8 week area, but I’m hoping for sure conference.” 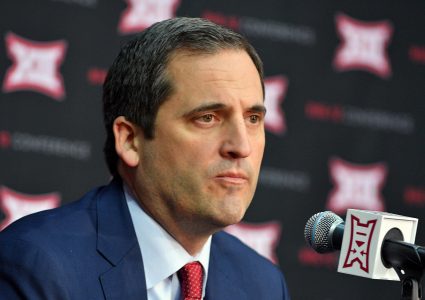