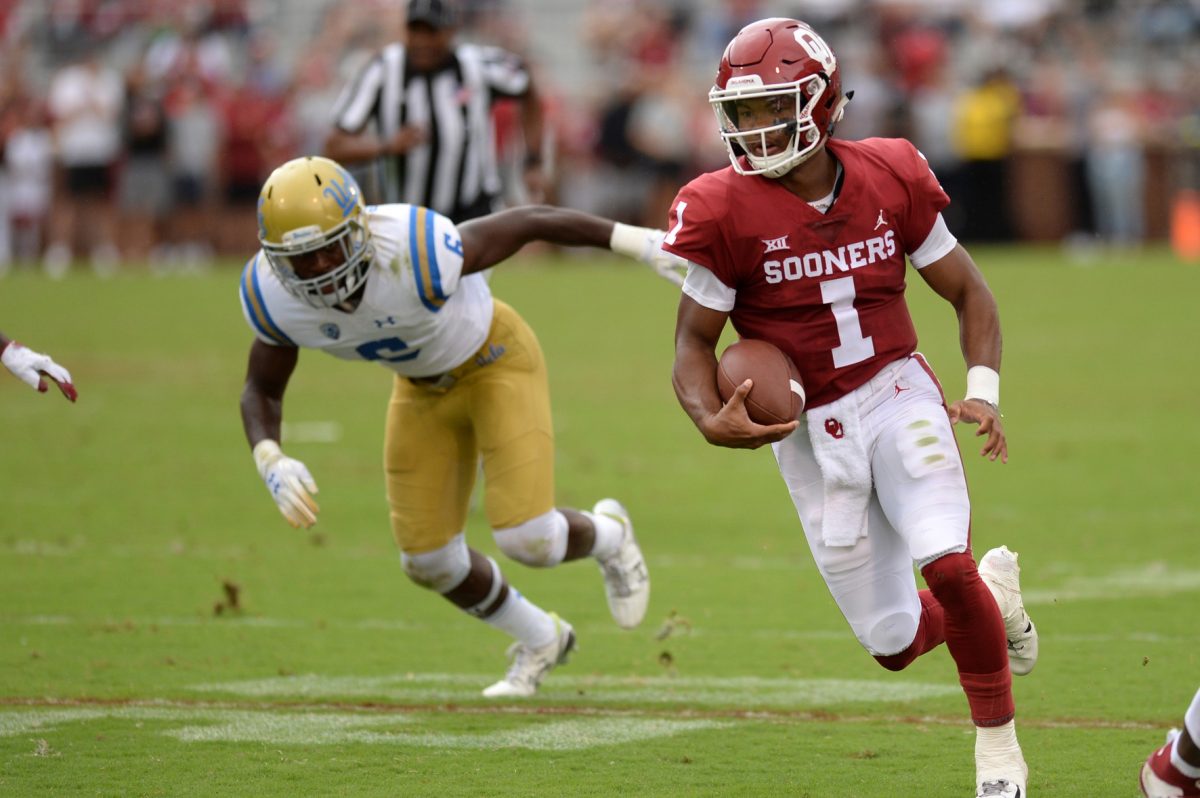 Believe it or not, I’ve considered picking Iowa State – a 17 point underdog – to win this game. Yes, that’s the case even after last week’s dismal performance by the offense in Iowa City. While I love what OU brings to the table, that crew has yet to see an actual defense this season. Plus, Kyler Murray is going on the road for the first time. I fully expect Iowa State’s defense to force a handful of turnovers and somewhat keep him in check. Having said that, I just can’t pick Iowa State to beat OU a second year in a row after winning as a 30-point dog last year. The odds are soooooo against that happening. Zeb Noland starts. Re-al Mitchell plays. This is a good game, but the Cyclones fall short.

I very badly want to pick the Cyclones, but I just don’t think I can do it. I see Jon Heacock’s defense slowing the Sooners down in the first half but they’ll hit on a couple big plays after halftime to put themselves ahead for good.

OU quarterback Kyler Murray is making his first start on the road against a really good defense. I know he’s great, but that is a recipe for turnovers. I think Iowa State holds OU under 30 points for just the Sooners 2nd time in two years. But can the Cyclones score? I think this is a wild one.

Kyler Murray is frighteningly good at quarterbacking, but in Jon Heacock I trust. A solid game plan executed by ISU’s better-than-solid defense ensures that the Sooners don’t run away with this thing. Now, will the Cyclones be able to conjure enough big plays on offense to pull off another big upset over the Crimson and Cream? I don’t think so, but sure hope I’m wrong.

OU is a playoff team again if i) they play better defense ii) Murray is competent and iii) they rely on their power running game to fuel the offense.  Thru two games they have checked all the boxes.  This OU team is better than last year’s team and the jury remains out on ISU.  The Cyclones will be competitive for a spell, but overwhelmed in the end.

Oklahoma is very good. And ISU didn’t look that great against Iowa (offensively). Defensively they looked phenomenal. I think this one is just as tense, but way more exciting (see: actual points scored). If ISU wants to get this thing done, it’s going to need to hang 30 on the Sooners. I think they do. Call it a homer pick. *Note* Matt Campbell has lost 14 times at ISU. 11 of them have been within 10 points. Regardless of outcome, +17.5 is steep especially at home with this defense. Take the points.

I said I’d pick Iowa State this week and I’m a man of my word. Zeb Noland comes out guns blazin’ and fires four touchdown passes with over 300 yards passing to lead the Cyclones to another upset of Oklahoma. In his post-game interview, Zeb smiles at the camera and captures the hearts of normally football-uninterested wives everywhere. ISU subsequently gains thousands of new followers for the remainder of the season and a grassroots campaign begins to get Zeb on “The Bachelor.”