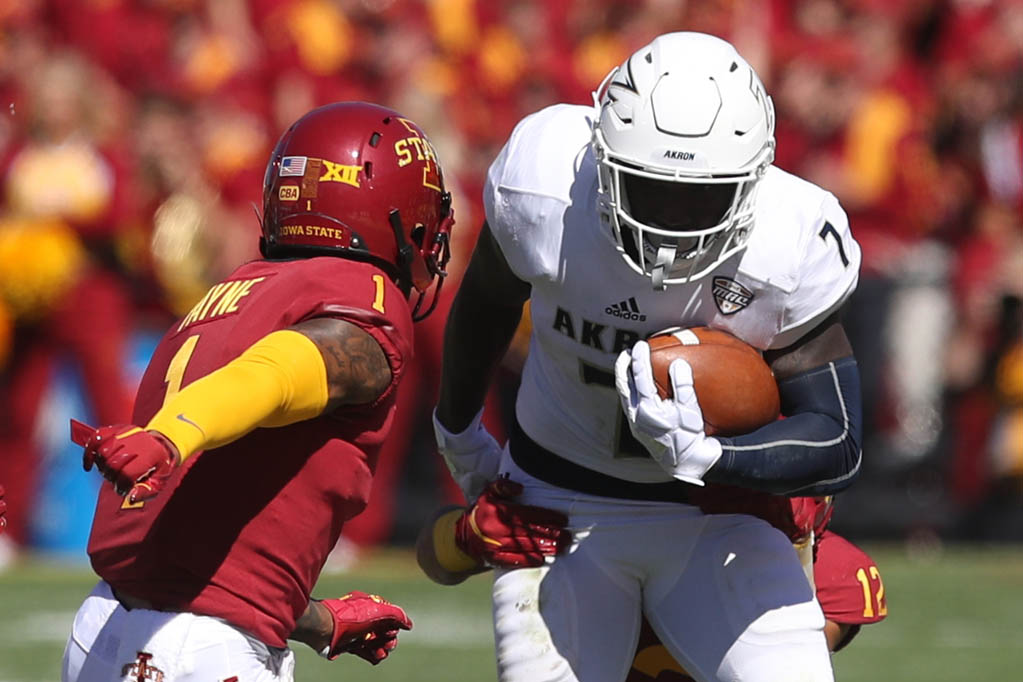 AMES — One tip here, another there.

Iowa State’s defense remains well-positioned for takeaways, but so far this season, they’ve been thwarted — slightly – more often than they’ve been opportunistic.

“The crazy thing is all the tips, the number of balls we’ve tipped in the air and just haven’t gotten,” Cyclones defensive coordinator Jon Heacock said. “We work at it every single day and it will happen when it’s supposed to happen.”

ISU (1-2, 0-1 Big 12) needs to slide the ledger to the good guys’ side when it comes to turnovers immediately.

But how to do it?

That’s less on the defense, which has two takeaways through three games, than it is on the offense, which has coughed up three fumbles after (amazingly) losing just one last season.

“The greatest disappointment I see is we’ve turned the football over three times offensively,” ISU head coach Matt Campbell said. “We’re coming off a season where he didn’t put the ball on the ground. Now, we’ve done it three times. The No. 1 thing I talked about in our meeting on Sunday was certainly that turnover margin. We are not naïve enough to say that we can win without that turnover margin. That’s critical to our success. The emphasis is on both sides of the football. Offensively, taking care of the football — defensively, continuing to find ways to create turnovers. We’ve had opportunities on the defensive side to create some of those, we just haven’t gotten there, or were just inches from creating that turnovers. Then offensively you have to take care of the football. Those are things that are on high red alert for us and we must really strain on both sides of the ball to make that priority No. 1 for us.”

The Horned Frogs have been plagued by turnovers, losing a total of nine — including six interceptions (five from the starting quarterback) — through four games.

TCU’s quarterback, Shawn Robinson, is a dynamic playmaker. He’s thrown for 841 yards and six touchdowns this season, and presents yet another dual-threat challenge to the ISU defense, with a wrinkle.

Add in top-flight receivers such as Jalen Reagor and KaVontae Turpin, who have combined for 475 receiving yards and four total touchdowns this season, and recipe for slumping into one’s heels can present itself.

“They’ve got a whole roomful of (receivers),” Heacock said. “And they’ve got a guy delivering them the ball and the offensive line’s good. They can run the football. They’re running the ball  and the guys carrying it are very talented, so we’ve got a great challenge. Our corners have to play well. Our whole defense is going to have to go play our best football game for us to have success. We’re capable of doing that, but that’s what it’s gonna take. Anything less than that won’t be enough.”

Something’s gotta give, of course.

TCU is tied for 119th in turnover margin at minus-five.

“We’ve got to get some of those in these games,” Heacock said. “We sure have batted the ball around a lot, tipped the ball and got a close one against Oklahoma with the sack and Iowa — it’s right there. But that’s how turnovers are. Like I told our guys, we’ve got to keep running to the football and sprinting to it and the more guys we have there the better chances we have of percentages of us getting them. It’s critical. Our guys know it. I think you’ve gotta just be careful that we’re not going out of our minds. We’ve gotten our hands on a lot of balls in practice. Our kids have done a good job in games. It will start bouncing right.” 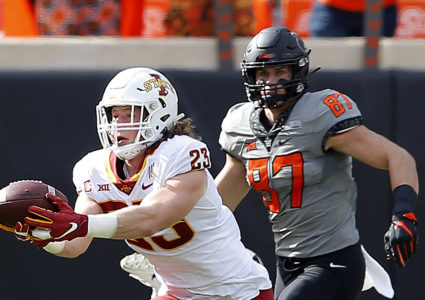 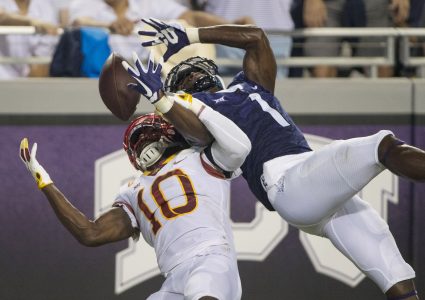 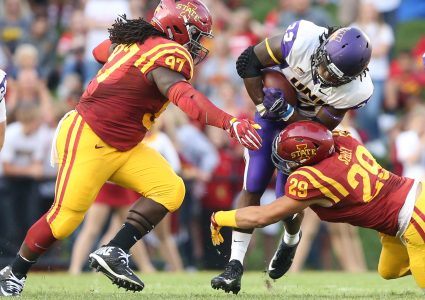 NO BREAKS: ISU trying to turn around turnover battle