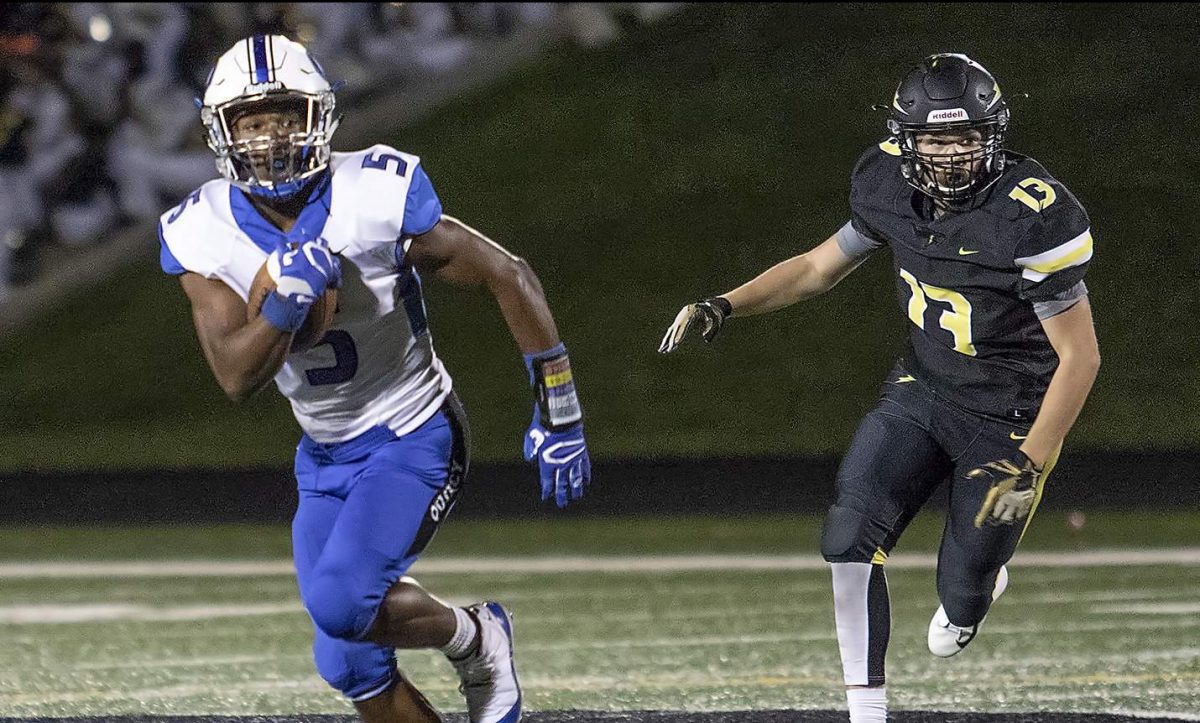 It is hard to argue that Quincy (Ill.) running back Jirehl Brock is not the crown jewel of Iowa State’s 2019 recruiting class. He is the highest-rated player in the Cyclones’ 21-man class, according to 247 Composite. He had offers from a plethora of major college football programs.

He has backed all of those accolades up by putting together a dominant start to his senior season, including becoming Quincy High School’s all-time leading rusher with 3, 941 career rushing yards as of this writing.

Brock has led the Blue Devils to a  4-1 start to the season so we felt like this was an appropriate time to catch up with the star tailback. Check out that conversation in this Q&A.

CF: How has your senior season been going so far?

Brock: I think it’s been going pretty well. The team’s been doing really good and I think I’ve been playing pretty well myself as well.

CF: How did it feel to break your school’s all-time rushing mark? Are any of the names near the top of the list notable for playing at the next level?

CF: How do you see the rest of the season coming together for your team?

CF: What do you feel like you’ve been able to do well so far?

Brock: I think kinda the same as what I’ve been doing since I was on varsity my sophomore year. I’ve been able to get as many yards and as many touchdowns on teams as possible. I feel like my leadership has grown a lot since my sophomore year and that’s coming into effect a lot this year. Just trying to get guys to make sure they’re doing the right thing and feel like attacking on offense and defense. I’ve had to play both ways this year and I feel like on defense I’ve been doing a pretty good job too.

CF: Have you had a chance to get to Ames yet for a game or do you plan to at some point later on in the year?

Brock: I was there for the first game that got canceled but pretty sure I’m going to be up there again against West Virginia (on Oct. 13).

CF: What was that experience like for the first game? I know there was a lot of other commits there too.

Brock: It was really my first time being around a lot of those guys. Before that, I was around Jake Remsburg, DJ (Miller), Coal (Flansburg) and Easton (Dean), well and Breece (Hall), but other than that I didn’t really know many of those guys. We’ve talked. We have a committed group chat that we talk in sometimes but other than that I feel like we’ve gotten a little bit closer just with meeting and everything.

CF: What kind of stuff do you guys talk about in your group chat?

Brock: We talk about a lot of stuff. Not even just football. Most of the time after we have a Friday game or a Saturday or Thursday, we’ll just kinda keep each other updated on what happened and stuff like that. Jokes will be thrown around and stuff like that. I think we’re all just excited for next year and excited to all come together and I just feel like the relationship that we’re building now will be great moving forward.

CF: Have you been able to build a relationship with fellow running back commit Breece Hall?

Brock: I met Breece sometime last summer. Me and him have a pretty good relationship I feel like. When we were at the game, he was there too, and we were just talking and stuff. During that whole rain delay, we had a bunch of time to catch up. I feel like the relationship we have is going to be really good for us going into next year since we’re going to be together so much.

CF: Do you feel like the two of you compliment each other on the field?

Brock: Coach (Nate) Scheelhaase and Coach (Matt) Campbell have kinda shown us what they want to do with us as the two backs that we are. I feel like that’s why they recruited us both because we compliment each other. We compliment each other on the field. Breece and I both understand with the way that Iowa State runs their offense you’re going to need more than one running back back there. We both know that and we’re both up for the test.

CF: Do you still hear from other schools or have things quieted down on the recruiting front?

CF: Have you been able to watch Iowa State so far this season? 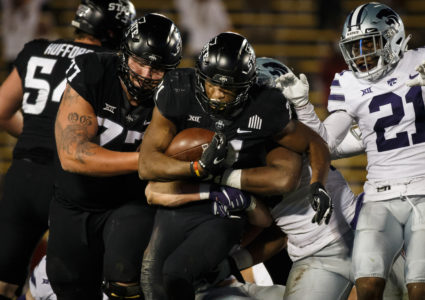