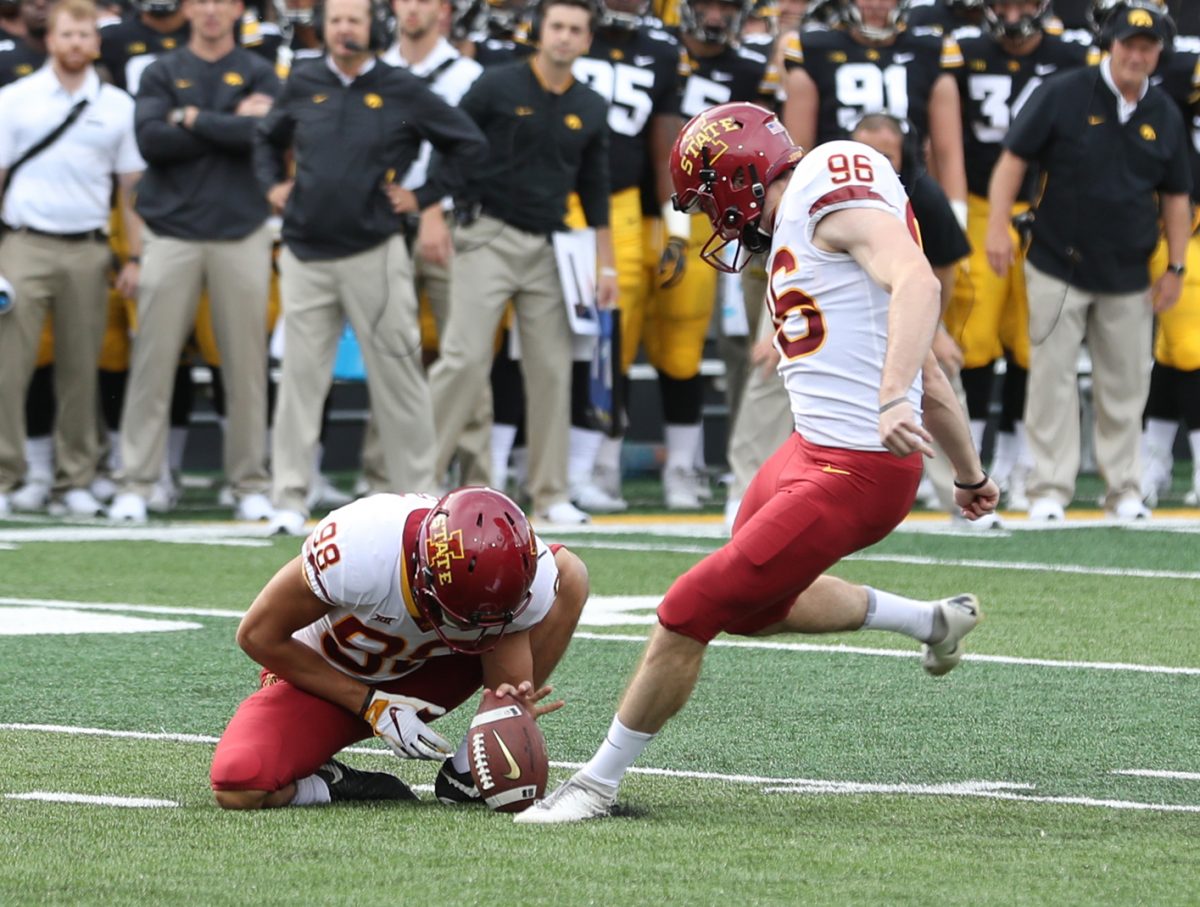 The Lou Groza Award is given annually to the nation’s top placekicker.

A sophomore walk-on from Naperville, Ill., Assalley was perfect in his four field goal attempts and his two PAT tries in Iowa State’s 26-13 win over Akron on Saturday.

Assalley has made all seven of his field goal attempts this season, one of four kickers nationally still perfect with seven or more attempts. He also ranks third nationally in field goals made per game at 2.3.