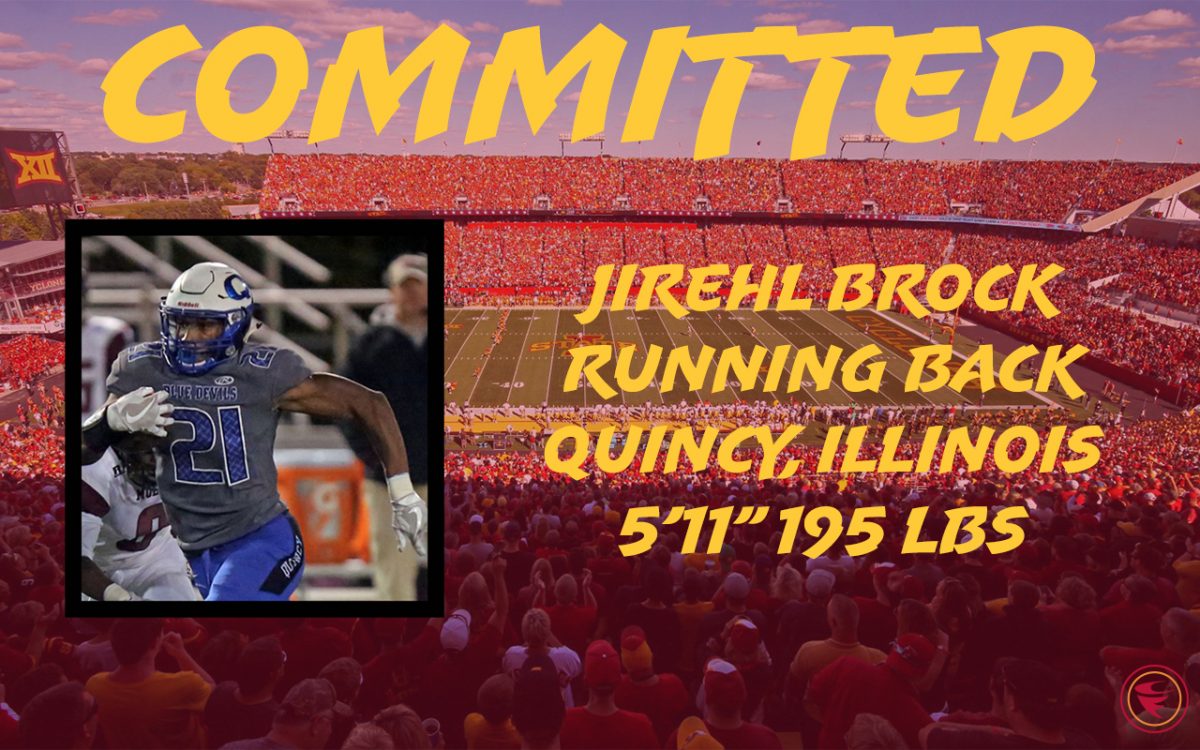 Iowa State has landed a commitment from Illinois running back Jirehl Brock. The 5-foot-11, 195-pound four-star recruit announced his decision during a ceremony at his school Friday evening.

Assuming he signs with Iowa State, Brock, who rushed for 1,588 yards and 22 touchdowns on 209 carries last season, will be the second highest-rated recruit the program has landed in the 247Composite era behind only Allen Lazard. Rated as the No. 212 player in the country and No. 11 running back in the 2019 class, Brock would surpass JJ Bass as the program’s highest-rated running back recruit.

Brock officially visited Iowa State the weekend of June 22, following up official visits to Northwestern and Minnesota. The official visit was Brock’s third trip to Ames since picking up an offer from the staff last April.

The addition of Brock gives Iowa State one of the best running back duos in the 2019 class alongside Kansas tailback Breece Hall, who announced his commitment late last week. The two combined to rush for more than 3,500 yards and 50 touchdowns during their junior seasons.

Brock is the Cyclones’ second commit from the state of Illinois, joining East St Louis offensive lineman Darrell Simmons. He is the first four-star recruit in the class and the second of the Matt Campbell era in Ames.

The commitment also bumps Iowa State into or very near the top-25 class nationally amongst programs such as Wisconsin, Iowa and Minnesota. It also raises the class’ average 247Composite rating to 85.38, which would be the highest average rating in program history, with 17 commitments.

Stay tuned to Cyclone Fanatic for more on Brock’s commitment.