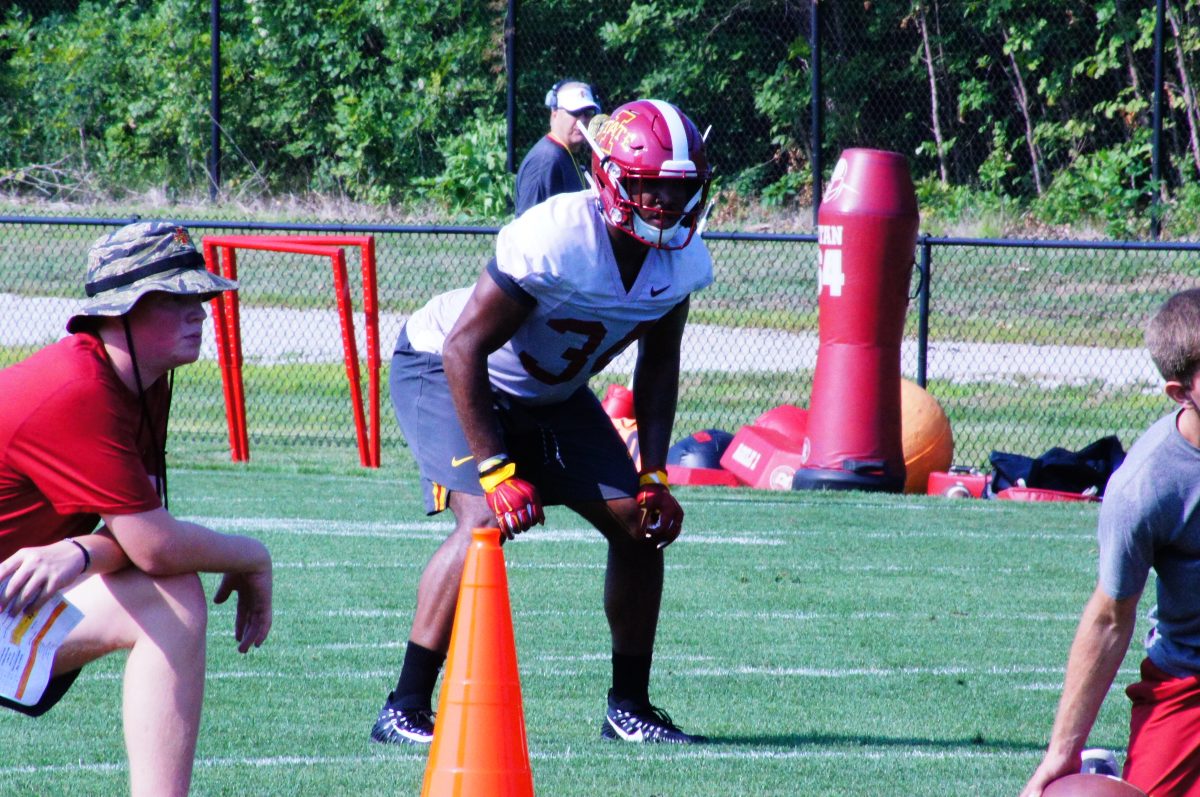 Matt Campbell said Monday on the Big 12 weekly teleconference there has not been a decision made on who will start at mike linebacker in Saturday night’s season-opener against South Dakota State.

The fight between true freshman Mike Rose, redshirt freshman O’Rien Vance and junior Bobby McMillen has been one of the most competitive position battles of fall camp. As of now, the most likely scenario is all three will see quite a bit of playing time alongside junior Marcel Spears and senior Willie Harvey against the Jackrabbits.

“I think we’re still in the same position of who is going to be the first guy to walk out there on Saturday night? I think it will probably be defined by what happens this week in practice,” Campbell said. “I think the reality of where we’re at is we still see all three of those guys in competition and I think you’ll see all three come Saturday night. I think that’s one spot that there’s going to be three guys that we really believe in right now, have played really good through fall camp and are fighting to get the bulk of the playing time.”

Rose has been one of the biggest surprises of Iowa State’s 2018 fall camp after joining the program as a three-star recruit from Brecksville, Ohio. The 6-foot-2, 228-pounder’s toughness and willingness to play hard on every snap has allowed him to stand out to Campbell and linebackers coach Tyson Veidt.

Meanwhile, Vance enters the 2018 season after being one of the biggest defensive standouts on the Cyclones’ scout team last season. He was one of the jewels of the program’s 2017 recruiting class and put himself in position to see the field as a true freshman before injuries slowed him down early in fall camp.

McMillen is the far and away most experienced of the trio with 18 collegiate games played under his belt. The Naperville, Ill. native posted nine tackles last season while primarily playing on special teams in all 13 games.

“The starter is still not defined,” Campbell said. “(It) will take certainly through this week to at least figure out whose earned the right this week to be that guy.”

*** Campbell said the biggest difference for this year’s offensive line is the return of several experienced players from last year’s group.

“I think that group, again, one of the fortunes that we haven’t had over the last two years since we’ve been here, is you’ve got a veteran group for the first time,” Campbell said. “You’ve got four guys who have started significant games and played significant games. So, with that said, I think what you’ve seen since, really since last January, is a lot of growth. To what extent, to where are we, I think Saturday will be the beginning opportunity to really see. It’s like I’ve always said, ‘You have no idea what you’ve got until you get out under the lights and you watch these guys start to play, especially at that position.’ I think we’re a lot more experienced than we were a year ago. I think that’s shown in the growth that group has been able to make and, again, I still think it’s a hesitant proclamation until you literally watch these guys and you can see that growth happen on the field. I know we look forward to that challenge ahead of us.”

*** Campbell said he considers the moment when Kyle Kempt rejoined the team after receiving his sixth-year of eligibility was a turning point for the program.

“It was really huge for our football program because by the time we found that out in January, we had been back in the weight room for about a week and a half,” Campbell said. “You almost felt a powerful turn in our program when he walked back into that locker room and started to take hold of a leadership reign on this football team. I thought that was really big for our program.”

*** Campbell said continuing to win with detail and winning in the margins will be the biggest keys in Iowa State having success in close games.

“I think the reality at Iowa State is we’re going to live in those games,” Campbell said. “Those are situations for us where it does become about the detail. It becomes about winning in the margins, doing the little things right and understanding what that really means in terms of football. Those aren’t flashy. Those aren’t things that guys see on SportsCenter. Those are what’s the difference between winning and losing. Taking care of the football, understanding situational football, the hidden yardage in special teams, all those little things that are critical when you really look at it to success. I think that’s what we learned last year as a program, how to win. I think we were able to take that. We were really able to study it in this offseason and continue to apply the lessons we learned both from failure and success and really work hard to apply it to the future of building our football program.” 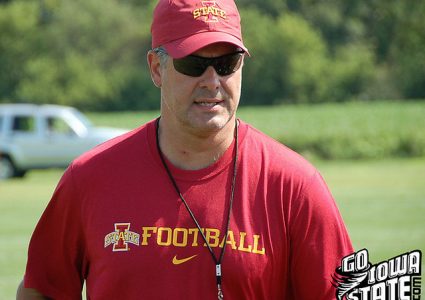