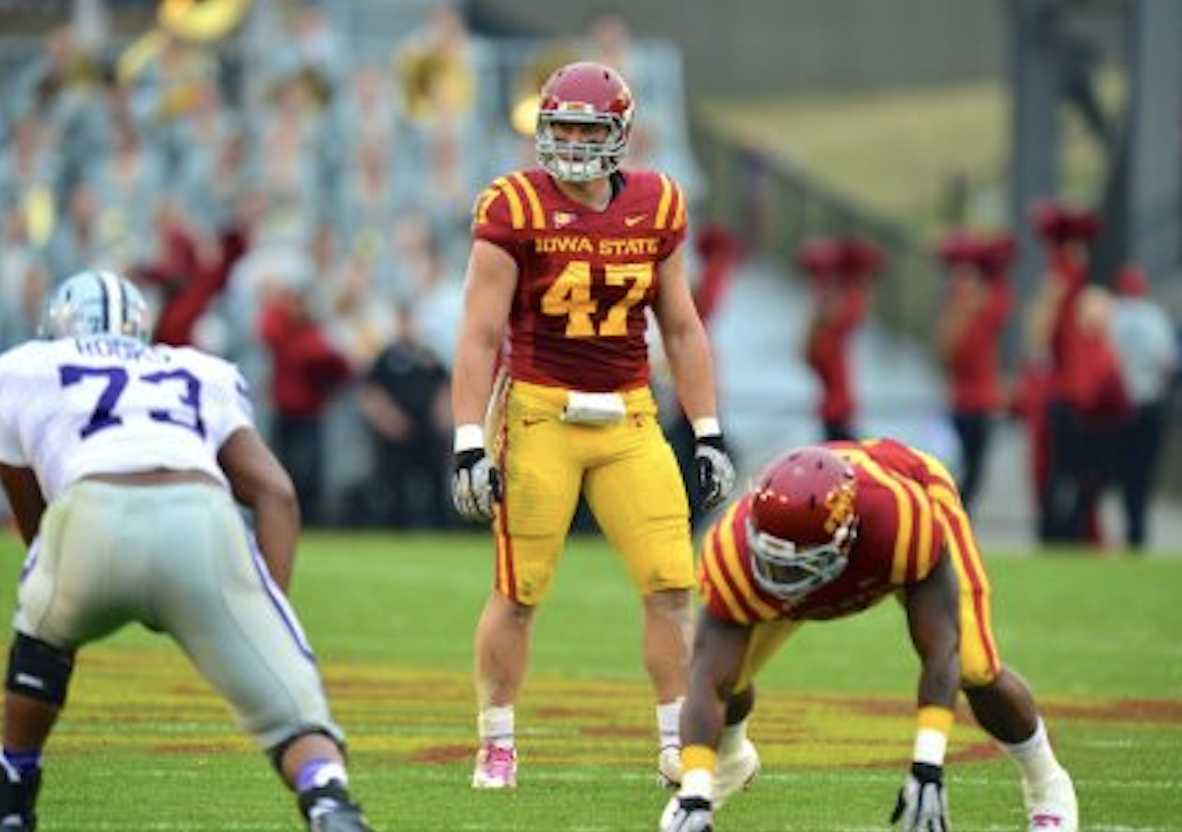 In the 126 year history of Iowa State football, a Cyclone has been honored as the conference’s player of the year only five times. It has been seven years since A.J. Klein was honored as the Big 12’s defensive player of the year in 2011, following a junior season in which Klein compiled 116 tackles, 7.5 tackles for loss, two sacks and an interception returned for a touchdown.

The first Cyclone to be awarded the honor was Dwight Nichols when he won back-to-back Big Eight player of the year in 1958 and 1959. Nichols, who was highlighted on day 16 of our countdown, ran for 1,564 yards and 12 scores during those seasons plus added another 966 yards passing and eight touchdowns.

George Amundson, who remains the last Cyclone taken in the first round of the NFL Draft, was the next Iowa Stater to receiver Big Eight player of the year honors, doing as a senior in 1972. Amundson threw for 1,957 yards and 15 touchdowns that season while running for 430 yards and nine scores as well.

Unsurprisingly, Troy Davis was next in line to win Big Eight offensive player of the year honors in 1996, the second of his back-to-back 2,000 yard rushing seasons. Davis ran for 2,185 yards and 21 touchdowns in 1996 on his way to finishing second in Heisman voting behind Florida quarterback Danny Wuerfel.