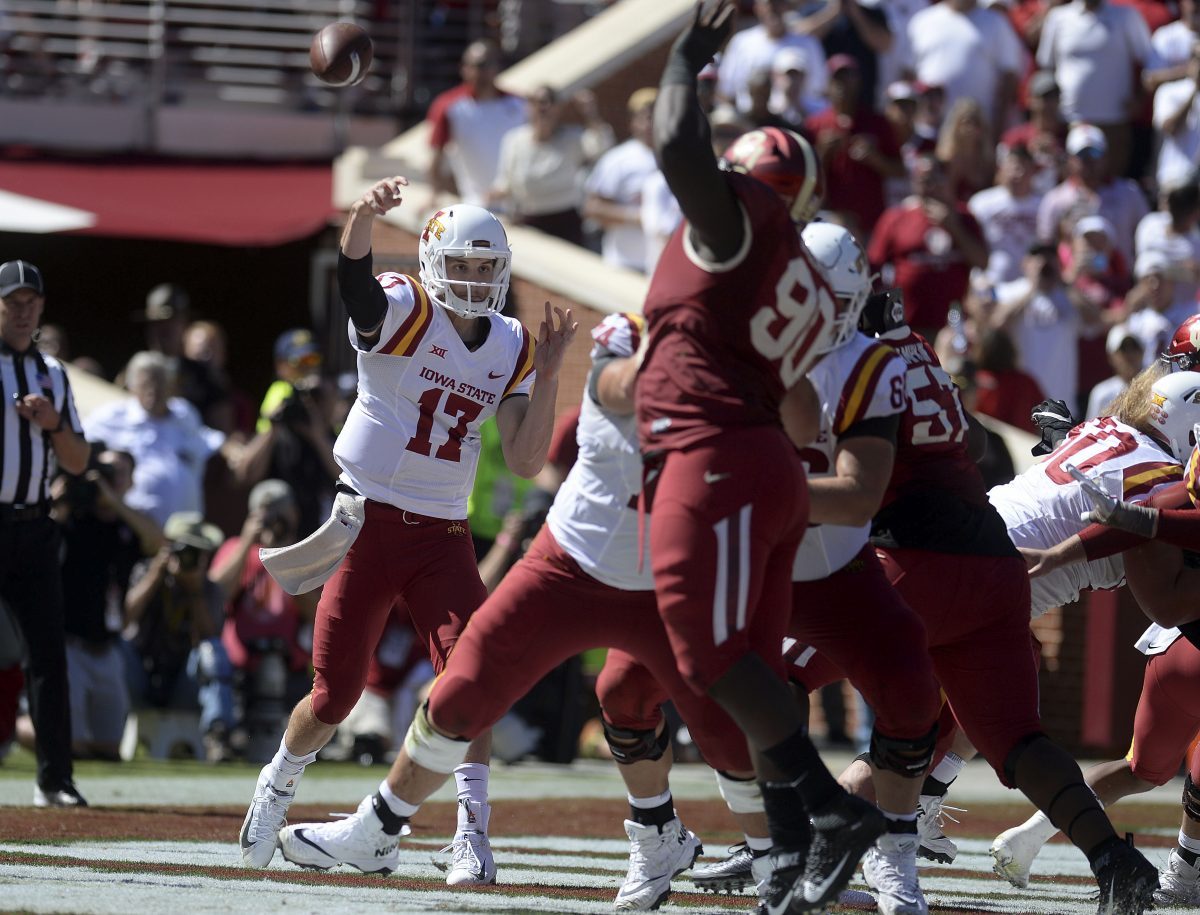 From scout team quarterback for Oregon State in the Pac-12 to scout team at the JUCO level at Hutchinson (Kan.) Community College, to scout team at Iowa State, earning snaps seemed to be a distant dream — unlikely or maybe even impossible.

So Kempt kept preparing as if he’d play. He rounded up players in the offseason to practice. He studied playbooks, schemes and tendencies, never wavering, always meticulous.

Confidence would come. Unrelenting attention to detail preceded it.

“That’s what you deal with when you are in those situations, so, for me, it was just in the offseason working on my own and working with the other guys who aren’t playing,” said the Cyclones’ now-star senior quarterback. “So, yeah, there is a crisis in confidence, but that’s part of the whole deal of overcoming that.”

Kempt, as we all know, turned an improbable opportunity to start last season at Oklahoma into the program’s biggest road upset ever.

The 6-5, 225-pound sixth-year senior (up 15 pounds of muscle since last season) hasn’t looked back, because, well, he never does unless there’s knowledge to be gleaned from it.

Kempt points forward. He pursues, then clutches progress. He simply goes step-by-step guided by a long-crafted instruction manual — and in this case, that potential leap forward collides with heady possibilities following ISU’s 8-5 mark last season capped by a Liberty Bowl win over Memphis.

“That’s just part of who I am and that’s really my obligation to the team to prepare for that moment,” Kempt said.

Kempt, despite his utter lack of previous college experience, led the Big 12 in passer rating on standard throws last season, according to Pro Football Focus.

Now Kempt’s stronger, more confident and even more erudite in terms of his understanding of the game.

“I think once you play quarterback, there are some things that are more important than the rest,” he said. “I think accuracy is one of those traits. You see the people in the league — guys with great arms and all that, they only last so long. It’s really accuracy and decision-making that are the two that are going to carry you through the long run.”

Kempt’s all-conference in both areas.

He’s the clear starter after a long career spent buried on the bench, yet his meteoric rise — to him — is an afterthought.

Kempt stayed sharp while sitting out by possessing an unremitting commitment to self-improvement. Playing time may have never come. But when it did, he was fully ready.

“Being an absolute perfectionist,” Kempt said when asked about his uncanny accuracy after such a long layoff. “I’ll get irritated with myself when I’m not hitting guys right where I need in the hands. Even on the back shoulder, the front shoulder — it’s all very minor details. I’m very hard on myself and I think that’s where that comes from.”

“It’s so easy to critique each other,” said Noland, who went 36-of-56 for 533 yards and two touchdowns while spelling an ailing Kempt against Oklahoma State and Baylor last season. “When you have a bad play, sometimes you hang your head a little bit, but when I can come off or when he can come off and have someone to talk to, I think that what makes it easiest.”

Speaking up pays dividends. Watching how Kempt goes about his business on a daily basis does, too.

Hard labor is a pre-requisite. Learning from it is an elective. Kempt’s adept at mining for answers and excavating a rich vein of knowledge.

And many years before that. No more scout teams. Kempt’s running a big-time show now — and he’s absolutely, unequivocally earned it.

“He never stopped learning,” Gordon said. “He was always learning, whether he was playing or not. That’s so hard for anyone to do. You don’t play for that long, a lot of guys bag it pretty early into that process and he didn’t. And he didn’t stop learning. It doesn’t hurt that he’s the smartest guy on the field. He’s really intelligent and when you have that kind of understanding it’s going to give you an opportunity to have great timing, because you can anticipate.”