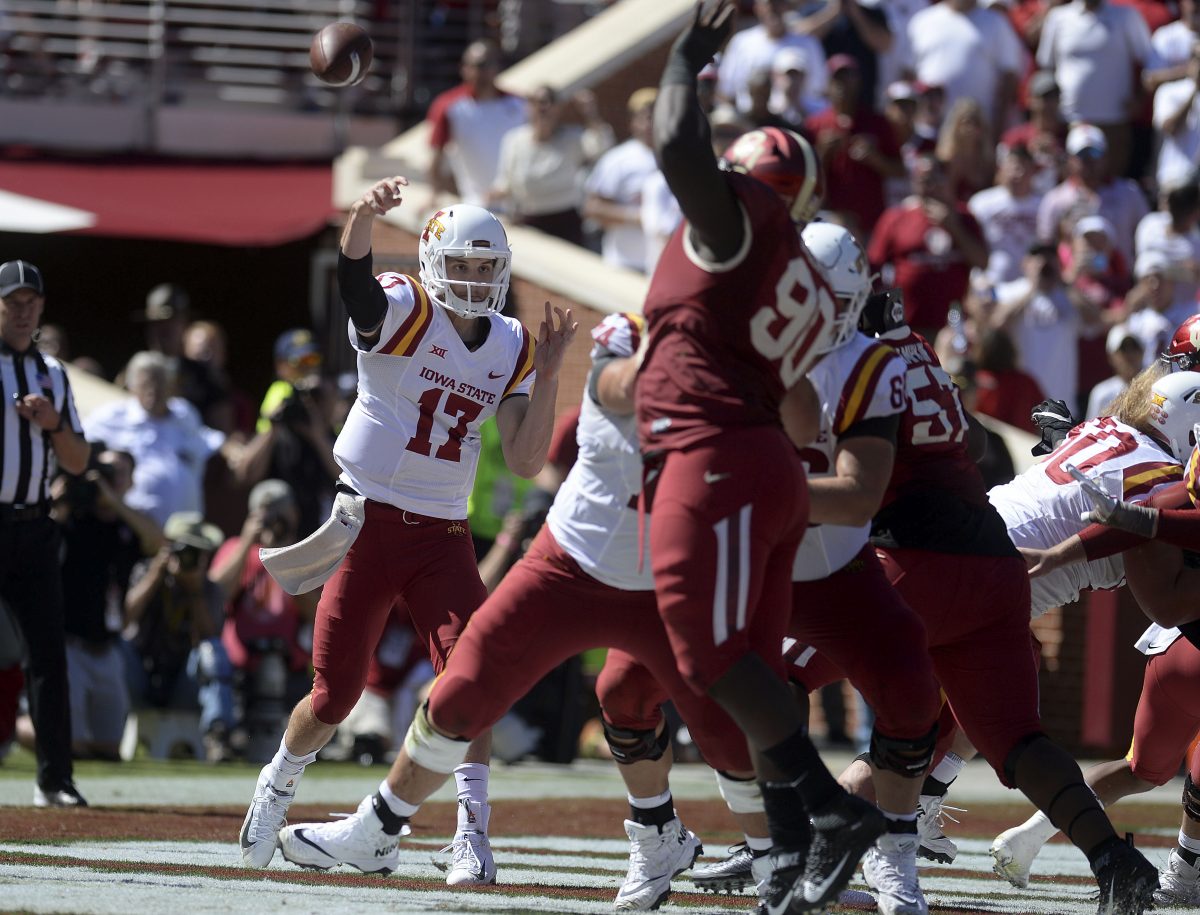 It was a question I’m sure a lot of Iowa State fans asked themselves when the Cyclones’ offense took the field for the first time Saturday morning in Norman.

I think it is safe to assume it is a question that will not be asked very much moving forward after the walk-on senior led Iowa State to a 38-31 win over the No. 3 Sooners, the program’s first win over Oklahoma since 1990.

Kempt’s collegiate career started in Corvallis, Ore. after a standout prep career at Massillon Washington in Massillon, Ohio. The former three-star recruit was the valedictorian of his high school class and threw for a single-season school record 3,056 yards as a high school senior.

He redshirted in his first season on the Beavers’ roster. After Mike Riley left Oregon State for Nebraska in 2014, Kempt set out to find a new home, landing at Hutchinson Community College in Kansas.

Thank you Cyclone Nation for the unending support for our program!!

Kempt never played a snap for the Dragons, but got an opportunity to rejoin an old acquaintance in Ames, Iowa. Matt Campbell recruited Kempt out of high school when he was the head coach at Toledo. He missed on the 6-foot-5, 220-pound signal-caller the first time around, but not the second.

Kempt walked on at Iowa State and became the team’s Offensive Scout Team Player of the Year in 2016. He completed two passes for 15 yards in game action.

Until Saturday, when he completed 18-of-24 passes for 343 yards and three touchdowns, they were the only two pass attempts of Kempt’s college career. At this point, who knows when the next ones will come. It probably depends on when junior Jacob Park returns from his indefinite leave of absence.

Regardless, the question has a much easier answer now.