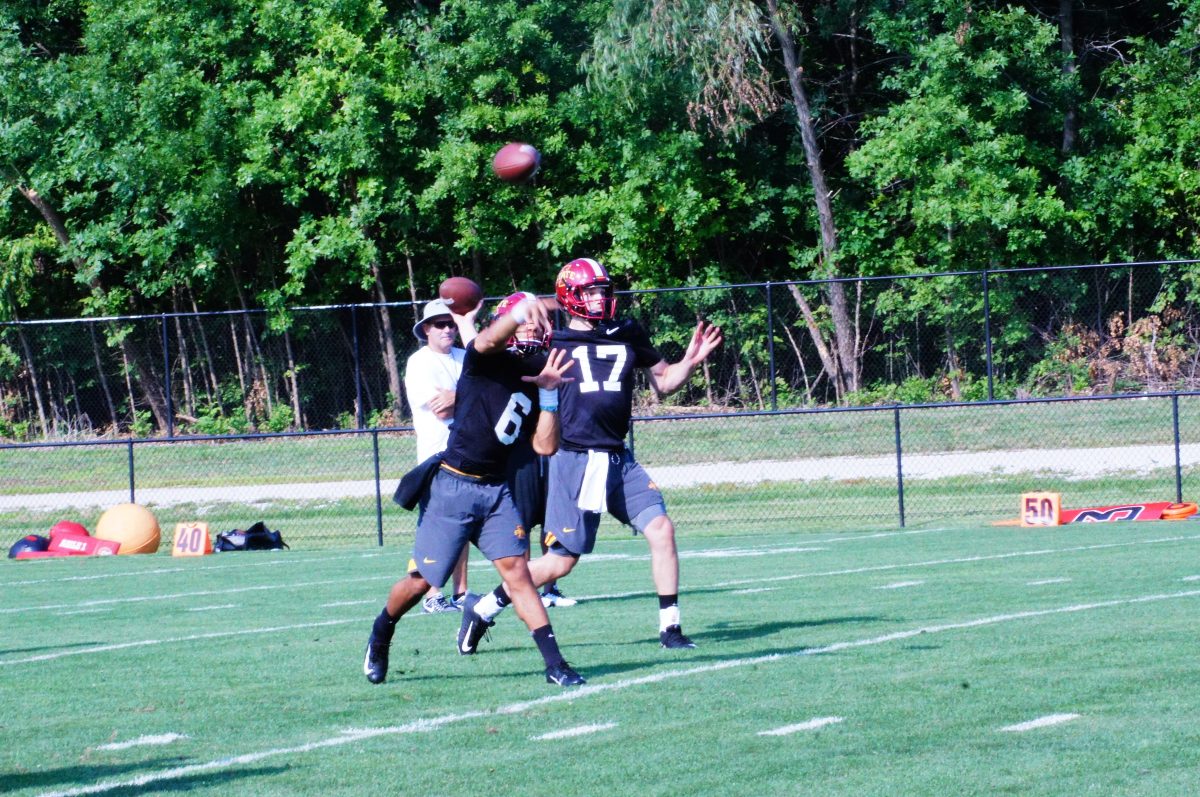 Kyle Kempt and Zeb Noland were not sure how they would be able to approach the two youngsters entering their quarterback room in 2018. The two veterans of the Cyclones’ signal-caller group knew each other’s personalities through the deep bond they’ve built in the last three years, but how do they go about working with these kids they’ve never met?

It did not take long for true freshmen Brock Purdy and Re-al Mitchell to prove they’re up to the challenge presented by Kempt, the Cyclones’ senior incumbent starter, and Noland, his redshirt sophomore heir apparent.

“I’ve literally talked to them every single play. I come off the field when I do my reps and I talk them through what I’m doing,” Kempt said. “Really, I’m just there for them all the time. I’m kind of peppering them with questions like ‘What are you supposed to do here, here and here?’ in film. I’ll throw questions at them. I want those guys on top of their game and I want to be that person they come to at all times for that.”

The true freshmen quarterbacks’ willingness to learn and compete has become the central piece of the battle to be Iowa State’s third quarterback. One could say they’re the in case of an emergency option, but the recent history of Iowa State football has shown emergencies can pop up quickly and everyone should be ready at any given moment — even if you’re a walk-on at his third school with zero career starts under your belt.

Kempt literally spent years preparing for his moment. Once the moment came, he seized the opportunity and became one of the best stories in college football.

When Kempt went down with an injury, it was Noland’s time to nearly orchestrate a comeback win over Oklahoma State then lead the team to a win over Baylor in his first career start.

“They’re great people and I think that’s what makes it so enjoyable for Kyle and I because they’re so level-headed and they’re fun to be around,” Noland said. “They’ve all done a really good job this fall. Coming in, coming prepared. I can say this quarterback room is the most prepared it’s ever been each day for practice and I think the coaches could be grateful for that.” 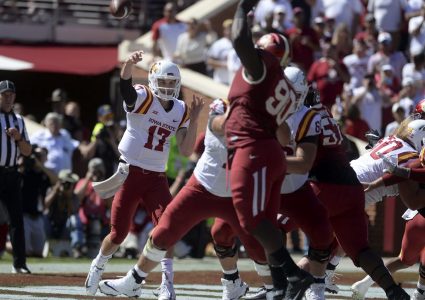