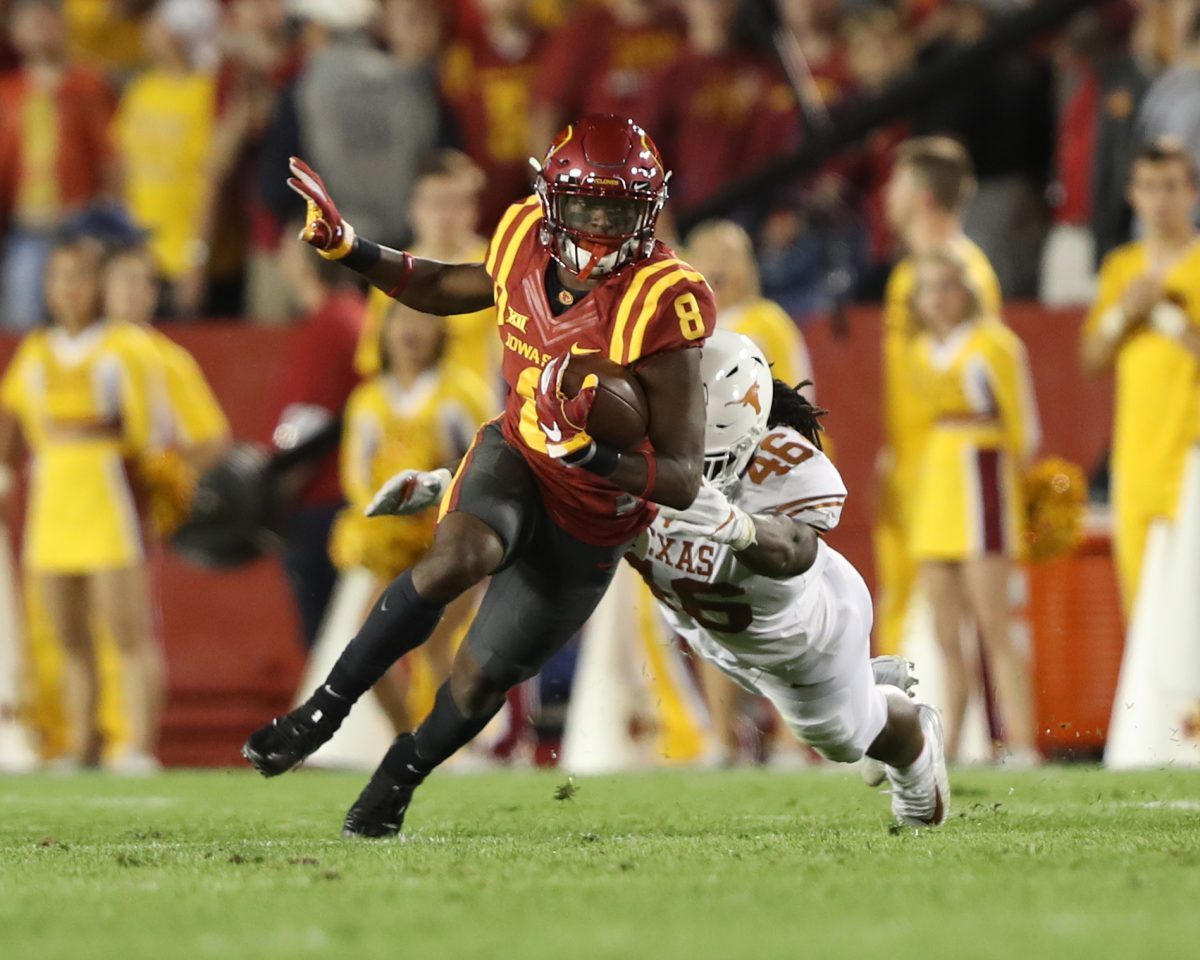 That’s how the uber-talented Cyclone ‘M’ receivers appear on the fall camp roster, but rather than pose a question, it’s better to make a statement — just as those two speedy, elusive and skilled wideouts have done this spring, summer and so far in training camp.

In other words, look at it more as Jones and Milton. Shelve the “or.” Both are expected to contribute significantly, albeit in slightly different, but similarly striking ways.

“With Tarique, probably, you’re going to see a little bit more of a vertical threat, where Deshaunte, probably, a little bit more, maybe, that underneath and horizontal and screens and bubbles and those things,” ISU receivers coach Bryan Gasser said. “Not that Deshaunte can’t (go vertical), but those are probably, in terms of their strengths, where you see those guys fitting the most.”

Jones boasts extensive game experience, while Milton’s eagerly seeking to gain some. It’s not an either/or proposition. Both teach and learn from each other.

“Me and Deshaunte, we do have two different playing styles,” said Milton, a 5-10, 176-pound redshirt freshmen from Bradenton, Fla. “So whenever it’s a particular route that we run, sometimes he might run it better and he can give me pointers on the way to run that route. Sometimes I might run something and I give him pointers.”

To get to the places you want to go , you must do the things you don’t want to do.. -5am workouts definitely no joke pic.twitter.com/d2kwZCQrJs

Jones burst onto the scene as a true freshman, ranking second on the team with 37 catches for 536 yards and six touchdowns. The Cincinnati native’s production dipped in 2017 as he split time with speedy senior Trever Ryen, but he still caught 28 balls for 236 yards.

One thing that hasn’t changed is Jones’s approach to the game, Gasser said. That’s why both he and Milton should be poised to exploit every inch of the field in the Cyclones’ burgeoning run-based, but wide-ranging offense.

“Deshaunte’s had his best fall camp so far in the three seasons that we’ve had him,” Gasser said. “Those two guys complement each other really well. Both of them are a little bit different even though they’re playing the same position. I still think Deshaunte brings so much value in his ability to make people miss; his balance, his body control. Again, both those guys potentially in the return game, but obviously Deshaunte has so many snaps under his belt. He’s got great experience. You know when he goes out on the field he’s comfortable and to be honest, he rises to the occasion out there on Saturdays. For as well as he practices and as hard as he works, he’s always at a higher level on Saturdays, so I’m really excited about those two guys being able to both, in their own way, be able to contribute to what we’re doing on offense.”

“Coach Campbell talks about this all the time — development,” Gasser said. “We recruit this young man in. Doesn’t get a chance to play a year ago. Redshirts. But was a kid from fall camp, through the end of the season a year ago, and really as you got into the bowl season was probably one of our best playmakers in practice. Had he wad this new rule that’s coming around this year, (Milton) might have gotten on the field a year ago, but we felt like he wasn’t ready early in the season and wanted to preserve that redshirt year. Had an incredible spring. Offseason, academically on the field; socially within the program, and now, fall camp, he’s really shining. Every day, finding ways to make plays. He’s a guy that’s very consistent. Very sure-handed, confident. A pretty fearless kid out there, so I think there’s a multitude of different things you’ll see us do with him as he continues to grow.”

So who starts? That’s irrelevant.

The “or” in between their names indicates there’s great competition founded on deep work that will enable both to shine in myriad ways. That all-inclusive reality is enough to conjure considerable excitement as the Sept. 1 season opener against South Dakota State nears. 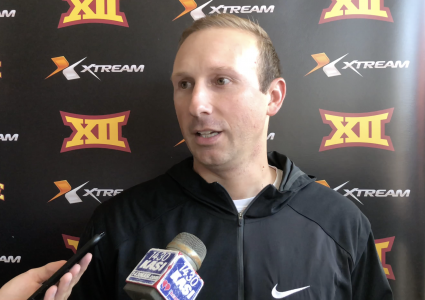