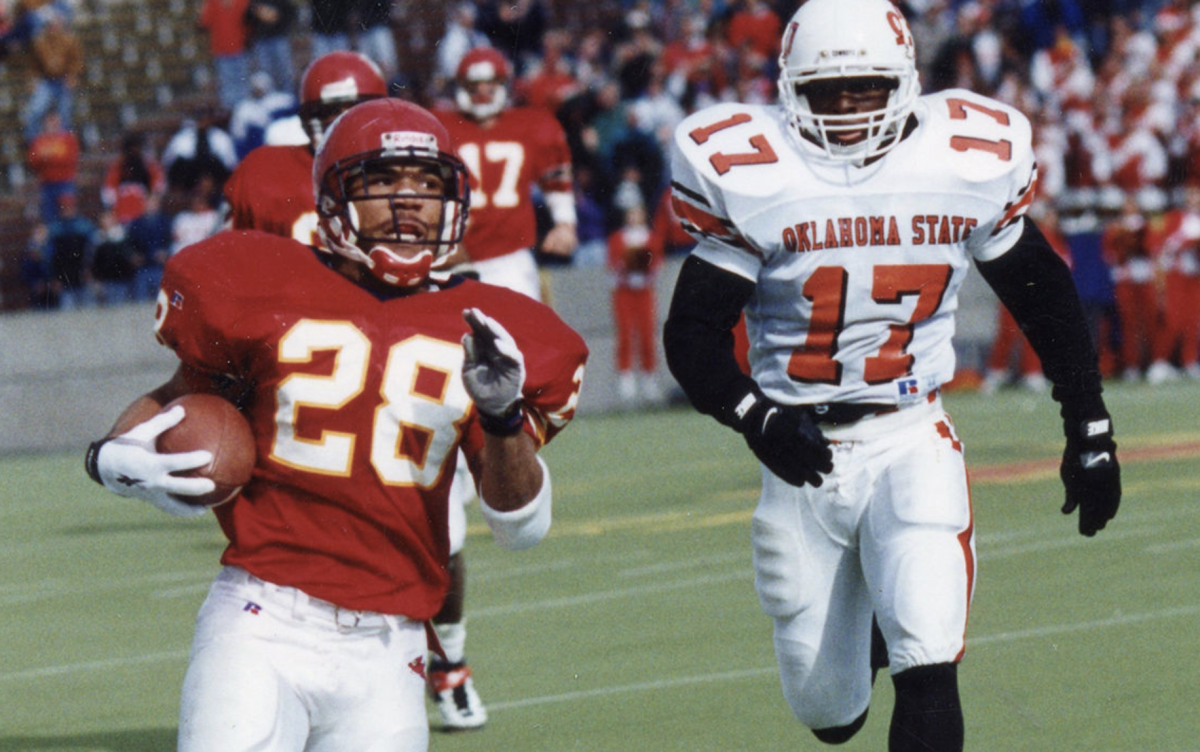 Troy Davis owns a lot of records in the Iowa State record books, but his stretch of 17 consecutive games with 100 or more rushing yards might be the most impressive of the group.

Davis’ streak began halfway through his junior season on Oct. 14, 1995, in a 34-7 loss to No. 7 Kansas and ended with the final game of his Iowa State career, a 35-20 loss to No. 14 Kansas State. The loss to the Jayhawks was the first of eight games against ranked teams during Davis’ run of success with all but two of the teams residing in the nation’s top-10.

What makes Davis’ streak most impressive to me is the fact that teams knew week-in and week-out what Iowa State would try to do offensively. They were going to give Davis the ball over and over again, but he was still able to grind out yards against some of the nation’s best teams.

Unfortunately, Davis’ success did not translate to success in the win column for the Cyclones as they went just 3-14 during the 17 games. Troy’s brother, Darren, is the only other Cyclone with more than five consecutive games of 100 or more rushing yards. (For the record, David Montgomery’s current career best is three straight games.)

Troy’s record has already stood for more than 20 seasons and it does not seem to be in jeopardy anytime soon.