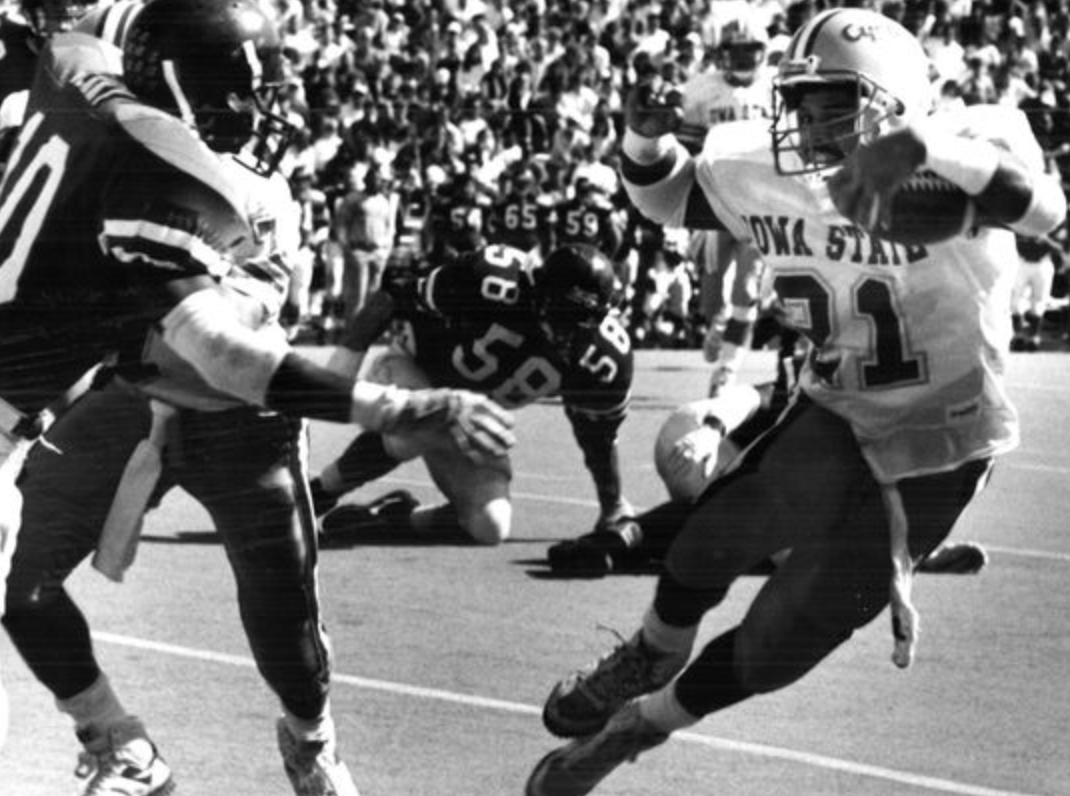 There is one major difference between the two seasons in which Iowa State football has rushed for 30 touchdowns, the single-season program record.

When Iowa State’s 1989 squad accomplished the feat, the majority of the scores were attributed to Blaise Bryant. Bryant scored 19 touchdowns, a single-season program record at the time, to lead a squad that finished the season 6-5, all while sporting one of the all-time great high-top fades.

The Cyclones’ 11 other rushing touchdowns that season was spread between four players with quarterback Bret Oberg’s five coming in as the second most on the team.

But, the 2002 team, was not quite so heavily reliant on one person and was very balanced on the ground. A total of six Cyclones scored touchdowns on the ground for one of the best offenses in school history, unsurprisingly led by Seneca Wallace’s eight rushing touchdowns.

The 30 rushing touchdowns by the 1989 and 2002 squads remain the single-season program record and there is no doubting they reached the mark in exponentially different ways.