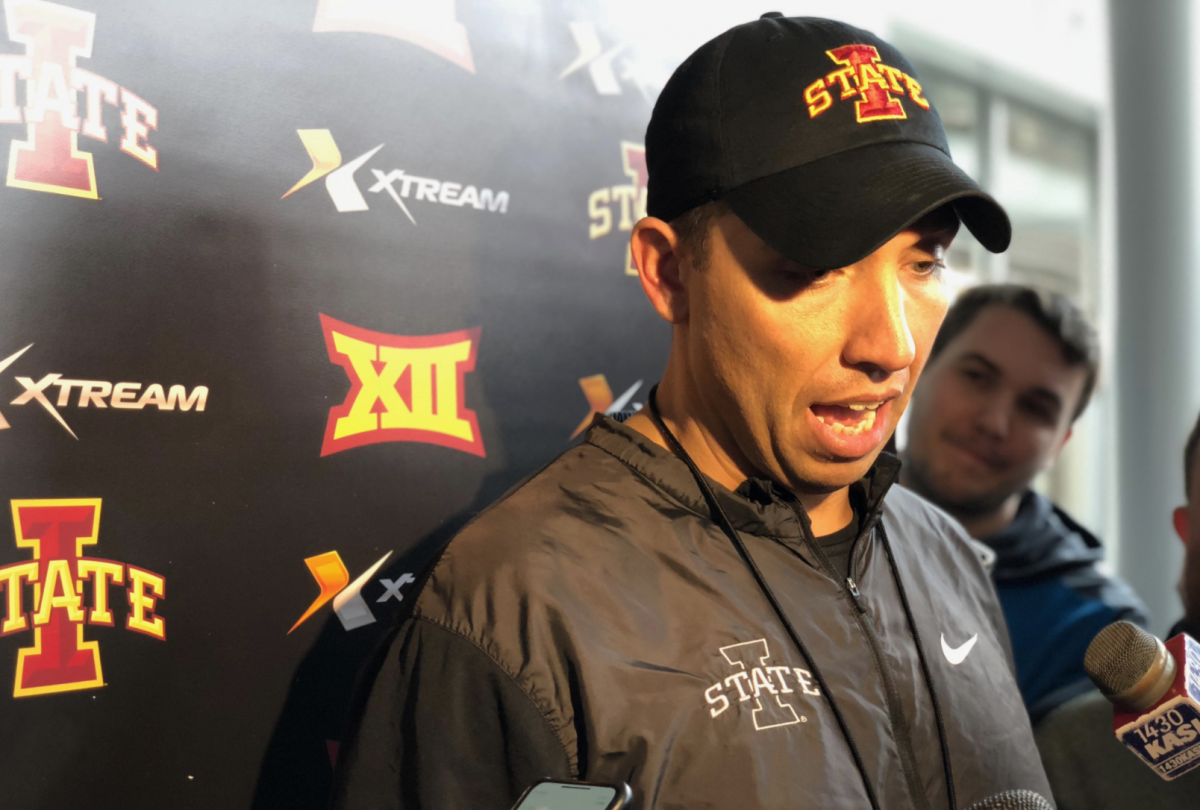 AMES — Iowa State technically cancelled its spring game for Saturday due to awful weather in central Iowa, however the Cyclones might have gotten more accomplished indoors.

According to head coach Matt Campbell, Iowa State ran a 72 play offense vs. defense scrimmage but was able to spice things up due to the fact that it wasn’t open to the public.

“As coaches you are always nervous about that stuff,” Campbell said. “Who has a camera out? It is what it is. But at the end of it, you have to do what you do best. I really believe that stuff to a point but there is a point too where we have to do what we do well and not worry about everybody else.”

Not being able to get out in front of the fans inside of Jack Trice Stadium is a negative, no doubt. But Iowa State likely got way more out of this extra practice.

“We were able to take, schematically what these young guys have been doing, and were able to continue with that,” Campbell said. “It was a huge win for us today. The reality of the weather piece of it is that it was a blessing in disguise that we were able to use it.”

The amount of information from Saturday specifically was limited to the media, but it sounds like Sheldon Croney had a couple of big runs for the offense. Deshaunte Jones was a standout at wide receiver.

On the defense, the name O’Rien Vance popped up a few times.

“Scrimmage one, scrimmage two, scrimmage three, that guys was making plays,” Campbell said of the redshirt freshman out of Cedar Rapids. “His end potential is maybe as high as anyone in our program. How fast can we get him there? It’s great to have size. He’s got it and it’s great to be able to run with that size.”

Elsewhere on the defensive side of the ball, Campbell doubled-down on his praise of junior college transfer Greg Eisworth at strong safety.

“If I had a defensive MVP of the spring it would be Greg Eisworth,” Campbell said. “That’s a kid that really flourished and really came out. It’s great to see that.”

Here’s what Campbell had to say about all three of his active quarterbacks this spring:

On Kyle Kempt: “Understanding who he is. He showed a lot of growth. He had a great day today, which you want to see.”

On Zeb Noland: “For him, he’s probably make the most strides because he’s a young guy and he finally had time. That first year he got short-cutted because of that ACL tear. He really didn’t get live reps. Now he got a whole spring. That progress and growth was great to see.”

On Re-Al Mitchell: “A freshman getting those 15 practices, making mistakes and being able to do some things I think was really beneficial for that group. None of those guys were the man. We weren’t building an offense around guys a year ago.”

Overall: “I’m really happy with that unit. Some good days. Some tough days but that’s the nature of spring practice.”

Matt Campbell talks about the progression of Iowa State’s quarterbacks during spring in this CFTV. pic.twitter.com/11FNLBvzOz

When spring ball opened a few weeks ago, Campbell noted that the offensive line’s progress was the most important offseason discussion going on within the program. How’d it turn out?

“We are starting to create an identity,” Campbell said. “There has been zero identity the last two years. Now, you see No. 1 there is a mindset of trying to be physical and a mindset of doing the little things that it takes to be a really good offensive line.”

Iowa State played the majority of Campbell’s first season as head coach with two walk-ons starting on the offensive line. This 2018 group is very young, but at least there are warm bodies to choose from.

“Obviously until the lights come on and these guys actually go out and do it, it’s still a little bit of an unknown,” Campbell said. “That group is going to have to win the next 10 weeks. They are guys that have to continue to get bigger and continue to get stronger. Their development is absolutely critical and it will be fascinating to watch them develop over the next 10 weeks.”

Matt Campbell talks about the progression of Iowa State’s offensive line during spring in this CFTV. pic.twitter.com/Z4g3uazqv0

Spring football might be over but the next phase of the offseason will begin immediately on Monday morning.

“As a staff, we will have a state of the program – a three hour meeting where we go through the entire board,” Campbell said. “What I think our strengths are and weaknesses are. What I think we need to accomplish in the next 12 weeks, which is really important for this football team. May, June and July dictate what happens in September, October and November. We start there. Players, formations and plays starts with that too. Last year we were able to capitalize off of that with the roster to really help ourselves so we will have to do the same thing this year.”

Campbell said that there were no notable injuries to report from the spring.

“We had a couple of guys get dinged up but nothing that is going to keep guys out during the summer. I think when that happens, ultimately it is a win for the program.” 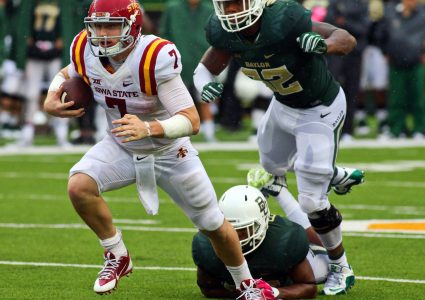 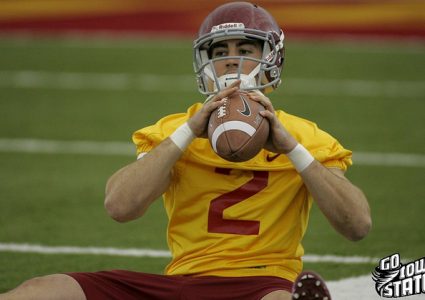