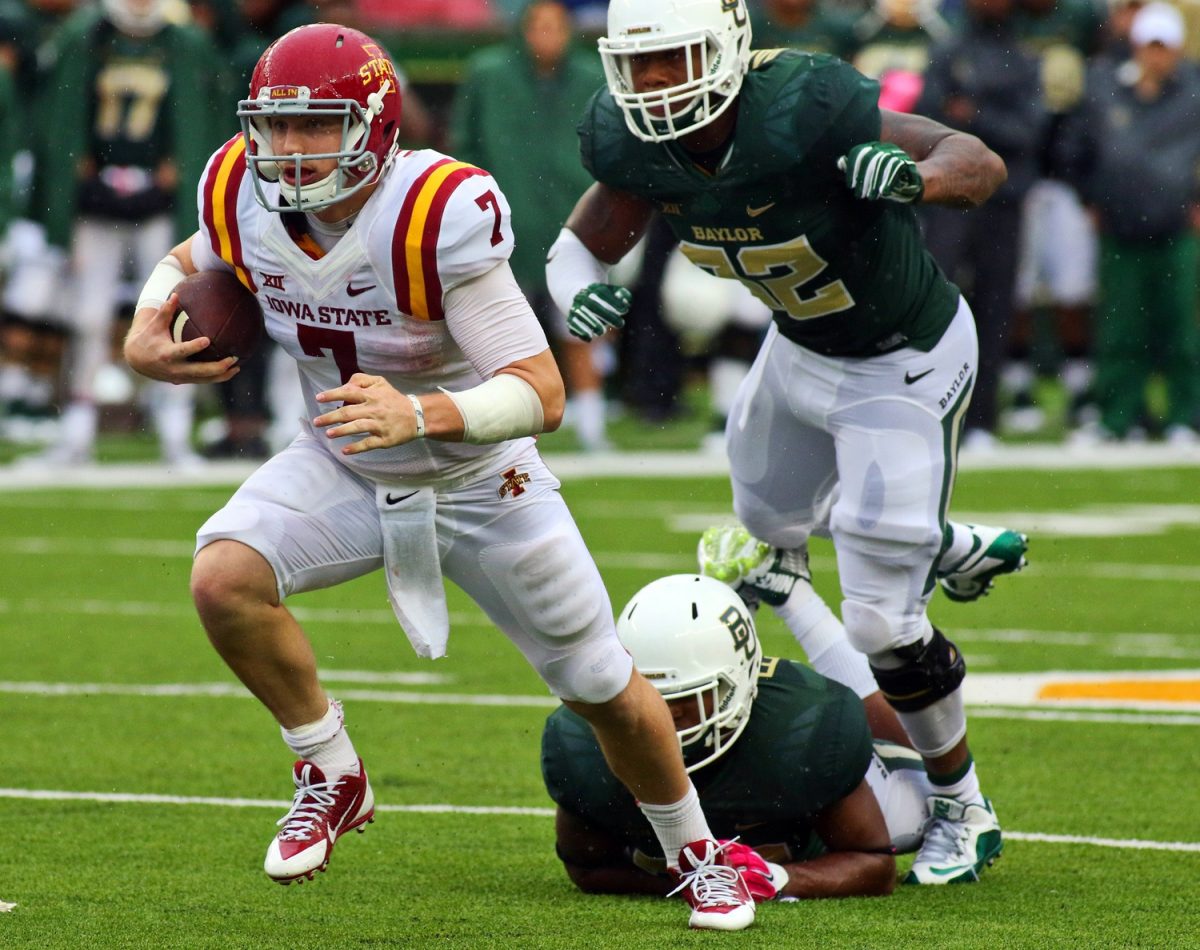 AMES — Acquiring specific information about spring football scrimmages is always a challenge, but we now know the following tidbits from what went down inside of Jack Trice Stadium on Saturday afternoon.

— Next Saturday’s annual spring game should be a lot of fun.

Starting with the “scoreboard” at the end of what head coach Matt Campbell referred too as a jersey scrimmage: It was kept by situational scoring on each side of the football.

“Some really good things showed up but defensively, we came to play,” Campbell said. “I thought they played at a really high rate. Offensively, I thought we started off a little slow but we really came back.”

“You can look at every study that’s ever been done,” Heacock said afterwards. “The team that wins the turnovers wins games. If we don’t get those turnovers, we don’t win today. That’s true life. The other side of that is that last week we didn’t get any. But the good news is that our offense didn’t turn it over. I coach defense so I want us to get some turnovers.”

“They got down early and at that point, somebody has to step up and make some plays,” Campbell said. “I saw some emotion from him (Joel Lanning) and I saw some critical plays. He had a long run for a touchdown and threw a streak to Trever Ryen, which was really impressive in a two-minute situation. The one offense, in both two-minute situations, went down and scored a touchdown and kicked a field goal. Pretty impressive.”

All in all, it was a good day. That is expected to be the case for next Saturday’s spring game too. Campbell declared the game’s format. He will let the seniors draft the teams – and coaches – for the exhibition that will begin at 1 p.m.

“I want to see who these knuckleheads pick,” Campbell joked. “They will pick their coaches. We will have some great guest coaches, former players, back too. They can pick those guys.”

That’s right… Guest coaches – former Cyclones – will be in the house. Names like A.J. Klein, Seneca Wallace, Sage Rosenfels, J.J. Moses and others are all expected to be in attendance.

“I’d like to draft out the teams, which is what we did at Toledo,” Campbell said. “It gives the seniors some ownership and have a little bit of fun with it but again, to create a competitive environment. I want to compete as much as we can right now. I want to understand why you win and why you don’t win, to have that opportunity.”