We all know Iowa State fans are amongst the most loyal in the country.

You don’t fill Jack Trice Stadium every Saturday during the fall for nearly a decade if you’re not loyal – especially when you consider the product we’ve seen on the field the majority of the time.

Like I said, we already know this, but a tweet from Iowa State Senior Associate Athletic Director for Communications Steve Malchow on Wednesday morning took that fact to another level.

Iowa State is one of 7 schools nationally to average >50000 fans at its home FB games AND >12000 at MBB for the last 7 years consecutively.

Talk about a group you do not lump together very often.

Well, to take it a step further since this is the offseason and I’d rather research sports than spend my afternoon doing things the average person might find productive, I decided to find out how successful each of these schools were in football and men’s basketball during that seven-year time frame as compared to Iowa State.

So, first of all, here is Iowa State’s football and basketball outputs during the stretch starting with the 2011 college football season.

It doesn’t take a rocket scientist to figure out Iowa State’s football record during this stretch was the worst of the bunch. It is hard to keep up when you’re trying to match Ohio State’s six double-digit win seasons in seven years with 3-9 and 2-10 seasons.

But, the Cyclones’ success in men’s basketball is behind only Wisconsin (and probably the Buckeyes) for most impressive during this stretch. In fact, Wisconsin is the only other school on that list with six NCAA Tournament appearances since the 2011-12 season. It is also the only school with more Sweet 16 (or further) advances in the NCAA Tournament than the Cyclones (although, NC State has equaled their number of Sweet 16s, but we’re just going to roll with the first fact outside of parentheses because this is my blog and it is what I feel like doing).

For the sake of full transparency, here are the football and basketball seven-year totals for the other six schools. (FYI: I’ve deemed any bowl game that fits in the New Year Six model as a major bowl.) (I also didn’t look up all the conference championships these schools have won during this stretch because I got tired of researching things and I just didn’t want to do it anymore.)

I even took all of this research a step further, dusted off my calculator and added up the totals for all the schools combined.

So, there you have it. That’s all the research I did on a Wednesday afternoon in order to take a Steve Malchow tweet about how great Iowa State fans are even deeper and further than anyone really ever needed it to go.

And thanks to Steve for the motivation.

Oh, and thanks to you, the fans, for being awesome enough to make all this research necessary. I’ll revisit this next year when Cyclone fans make it eight-straight. 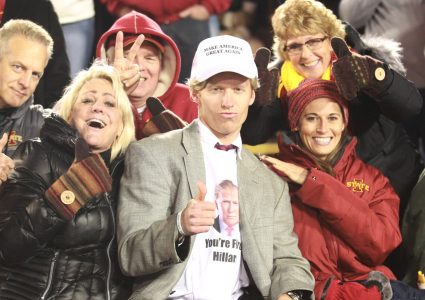 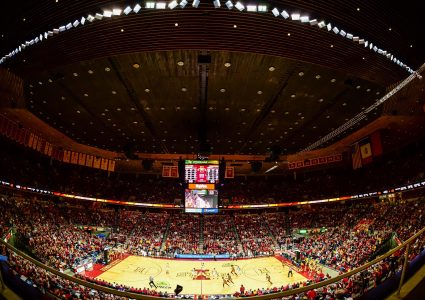