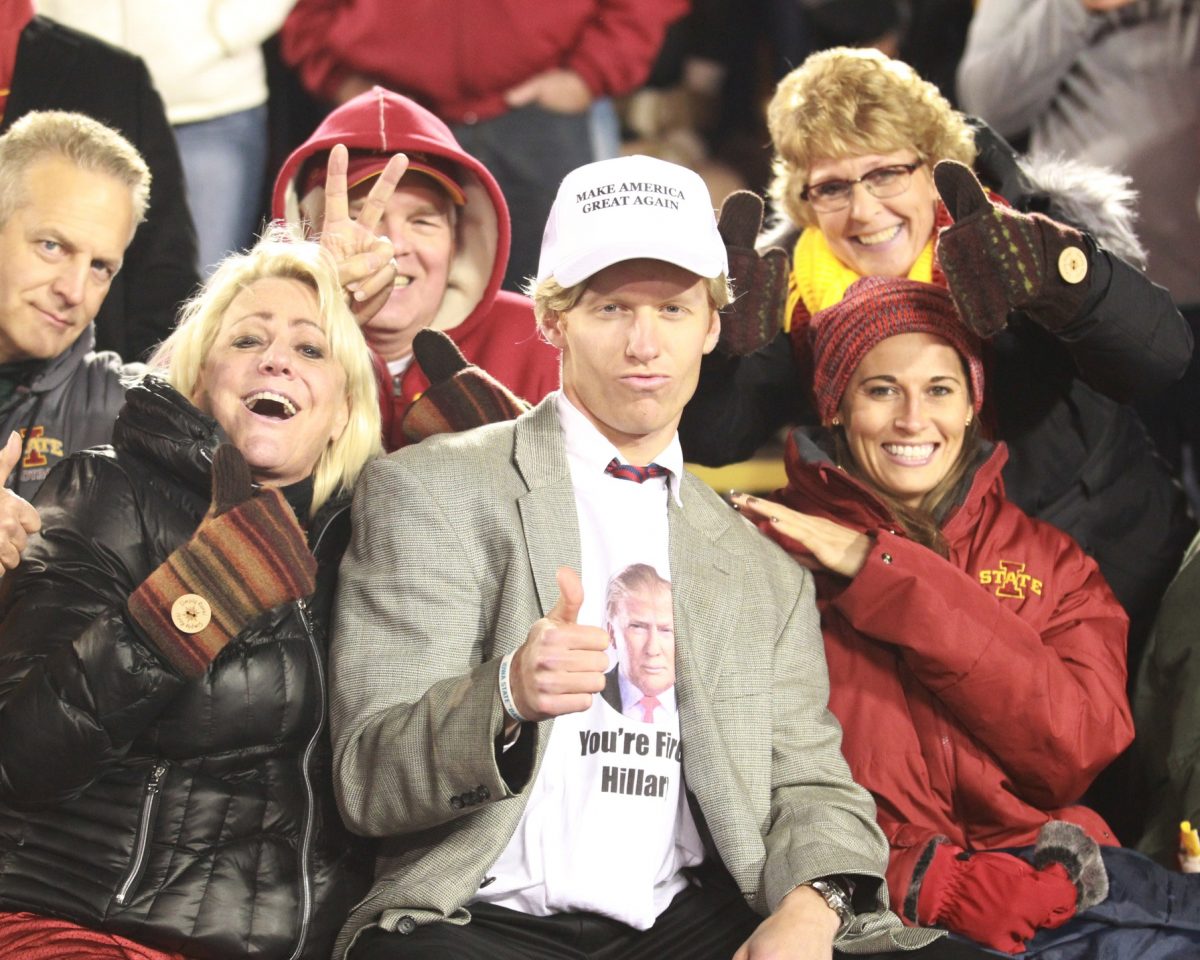 1 – Pardon me for being somewhat of a bit of a sensitive guy.

The first time my little girl smiled at me, I cried. I absolutely still choke up at the very thought of the movie Marley and Me.

Go ahead, Macho Man. Poke fun at me if you want, but the little things in life are what make me happy. A T-shirt and blue jeans is my preferred wardrobe. Pizza is my favorite food and I prefer Jack Daniels to whatever “fine” bourbon you try to throw my way.

One of my favorite games in Iowa State history was the coldest game in Jack Trice Stadium history – a 34-0 shutout of Kansas back in 2013.

That game featured two bad teams and meant nothing nationally in the college football world but I’ll tell you what; the Cyclone fans that showed up that night were wild. Like a WWE (my guilty pleasure) event, you guys were vigorous. You made the best of a bad season on a preposterously cold night.

I feel like we all witnessed one of those underrated moments at the tail end of Iowa State’s 24-0 victory over Texas on Saturday evening. The game was all but over. The victor (the good guys) had been decided. However, Texas coach Charlie Strong was bound and determined to not get shut out in Ames. In an act of desperation (one that I don’t blame him for at all), Strong called timeout after timeout as Texas attempted to put one in the end zone before time expired.

Because of the blowout, there were probably only 30,000 or so of you left at this point in the game. But like that Kansas game from 2013, those of you who were still there were nuts! You guys, nor the team, were content with just beating Texas. You all wanted the damn shutout. Given the situation, that crowd was as electric as a guy could ever imagine.

“The game was over,” an emotional Paul Rhoads said after the game. “It had been decided but the coaches and players had such a pressure on their shoulders to deliver that shutout. I was hopeful that they would execute and be able to deliver it because I didn’t want anything to detract from what is and what was going to be a tremendous victory for our program.”

When I re-watched the game on Sunday (as I do each and every week…it’s usually double the pain for me), that five-minute span really stuck out to me.

It’s just another reason why Iowa State’s fan base is so awesome. You guys rule. 2 – WARNING: DAN MCCARNEY STAT COMING YOUR WAY: Iowa State has outscored its opponents 51-10 since Joel Lanning was the starting quarterback.

3 – Based on what we have seen up until now, Iowa State (in my mind) should beat Kansas State and West Virginia to round out the 2015 season. This version of the Cyclones appears to be beating the teams that it should and losing to the ones that it shouldn’t, except probably Toledo as an outlier (which all depends on if you are a believer or not in that program that to this day is undefeated).

The combined record of teams Iowa State has lost to this season is 35-4. Texas Tech owns all four of those losses, which were to TCU, Baylor, Oklahoma and Oklahoma State.

The combined record of the three teams that Iowa State has beaten is 7-17.

What’s this tell me? Iowa State is beating the teams it should beat and losing to the teams that it should lose to (minus probably Toledo).

4 – I’ve been in this line of work for over 10 years now and I have finally found the absolute most predictable fan reaction in the world. This is a stone cold lock. Every week, I post the point spread to the next week’s game.

If Iowa State is coming off of a win or positive performance the day before, the overall reaction goes like this: “The game isn’t played on paper.” … “That’s a lot of points. Let’s go prove them wrong!” … “Vegas doesn’t know jack!”

After a tough loss?

I don’t really have a point to this musing. It just makes me laugh.

5 – Speaking of spreads, Oklahoma is a 24.5-point favorite over the Cyclones for Saturday’s 6 p.m. kick that can be viewed on ESPNU.

6 – One more football thought for you guys…

How about a tip of the hat to Tommy Mangino and Brandon Blaney (below)? What a weird week around the football offices…

We had all heard about the friction between Rhoads and Mark Mangino but nobody saw last Monday coming.

So here are some props for Tommy and Brandon (Mangino’s son and close friend) for being so classy during what had to be a difficult week. I don’t think this got enough play and wanted to make sure and acknowledge their professionalism. 7 – Let’s move on and hit on a few basketball topics. I’ll start with the bad news: I don’t even think that me going on a vacation halfway across the world will get 2016 hoops prospect Zach Norvell to commit to Iowa State today.

My educated guess is that this Chicago native ends up at Gonzaga.

8 – Iowa State hosted Tulane in a not-so-secret scrimmage on Saturday morning. The Cyclones made 17 3-pointers and won easily by double digits. I’ve heard that Iowa State used the second half of the contest to go deep into its bench, which is a major concern for those inside the program at this point in the preseason.

In important games, I don’t see the Cyclones going deeper than six guys for most of the year.

It sounds like Abdel Nader actually led Iowa State in scoring on Saturday with Niang, Morris, McKay and Long all finishing in double figures too. Matt Thomas provided some quality minutes as well, I’m told.

But after that … well … Steve Prohm’s staff has some work to do to develop some of these guys to be ready for Big 12 play.

Note: Deonte Burton, who is eligible in December, did not participate in the secret scrimmage vs. Tulane.

9 – I’m excited to announce that I will be doing some radio / Cyclones.tv work with the Iowa State women’s basketball team this fall and winter. I am incredibly passionate about Bill Fennelly’s program and am greatly looking forward to the opportunity. The ladies will begin their exhibition season on Thursday night in Hilton Coliseum.

10 – Got questions? Hit me up with a tweet (@CycloneFanatic or @ChrisMWilliams) with the hashtag #AskCW. I’ll do a couple of videos a week from here on out answering your questions. Last week got a little bit nuts (Monday was wild), which is why I didn’t do any.

Paul Rhoads has his weekly press conference today at 11:30. I’m sure that Steve Prohm will speak at some point this week in anticipating for Friday’s exhibition as well. 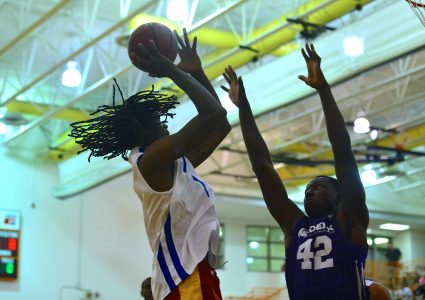 Monday Musings: How seriously should fans take the CCL?