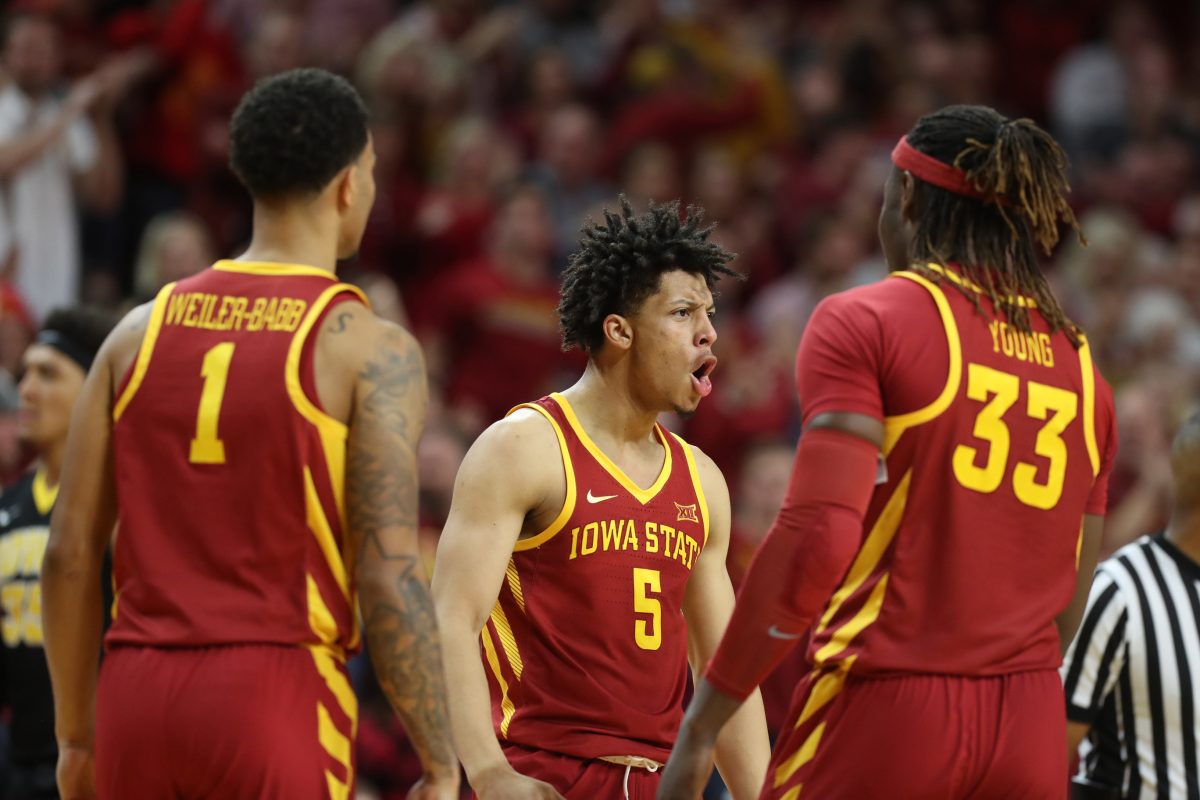 AMES, Iowa – Iowa State had three players recognized Sunday when the Big 12 announced its annual men’s basketball awards. Senior Donovan Jackson along with newcomers Cameron Lard and Lindell Wigginton each received recognition for their performances during the 2017-18 season.

Wigginton, a freshman by way of Dartmouth, Nova Scotia, earned a spot on the Big 12 All-Newcomer Team as well as All-Big 12 honorable mention accolades after posting one of the best rookie seasons in school history. The first ISU freshman to be recognized by the league’s coaches since Curtis Stinson (2004), he recorded an ISU freshman record 12 20-point games, including eight against league foes, on his way to averaging 16.6 points during the regular season.

Wigginton, a three-time Big 12 Newcomer of the Week, became the Big 12’s eighth freshman, joining the likes of Kevin Durant and Michael Beasley, to score more than 300 points in conference games. He ranks sixth in scoring and is 11th in the league in 3-point field goal percentage (.406). Wigginton has already set the ISU freshman record for three-point field goals made (67) and he is on pace to break the mark for points per game.

Jackson, a Milwaukee, Wisconsin native, earned All-Big 12 honorable mention honors as one of the league’s best three-point shooters. He connected on 93 three-pointers, which is the fifth most in a single-season in school history and third most in the Big 12 for 2017-18. He scored 20 points in 10 games, including the league’s second-most game with at least 24 points (nine times).

Jackson, who is second on the team with 15.3 points per game, has made 137 three-pointers in his two seasons at Iowa State, which ranks 11th all-time at the school.

Lard, a redshirt freshman from Natchitoches, Louisiana, set the ISU freshman record with 60 blocks, becoming just the fifth player in school history to reach that mark. He is averaging 12.5 points, 8.2 rebounds and 2.1 blocks, making him one of just three freshmen nationally recording 12-8-2 per game.

Lard is also on pace to break ISU’s rookie mark with a 60.2 field-goal percentage. Fred Hoiberg holds the record currently at 57.3 percent. He captured two Big 12 Newcomer of the Week honors and posted eight double-doubles this season, including two games with at least 15 points and 15 rebounds.

Lard and Wigginton give ISU one of the nation’s top freshman duos having set ISU’s rookie scoring record by a duo with 849 points this season.

The Cyclones return to action Wednesday at 8 p.m. when they face Texas at the Big 12 Championship in Kansas City, Missouri. 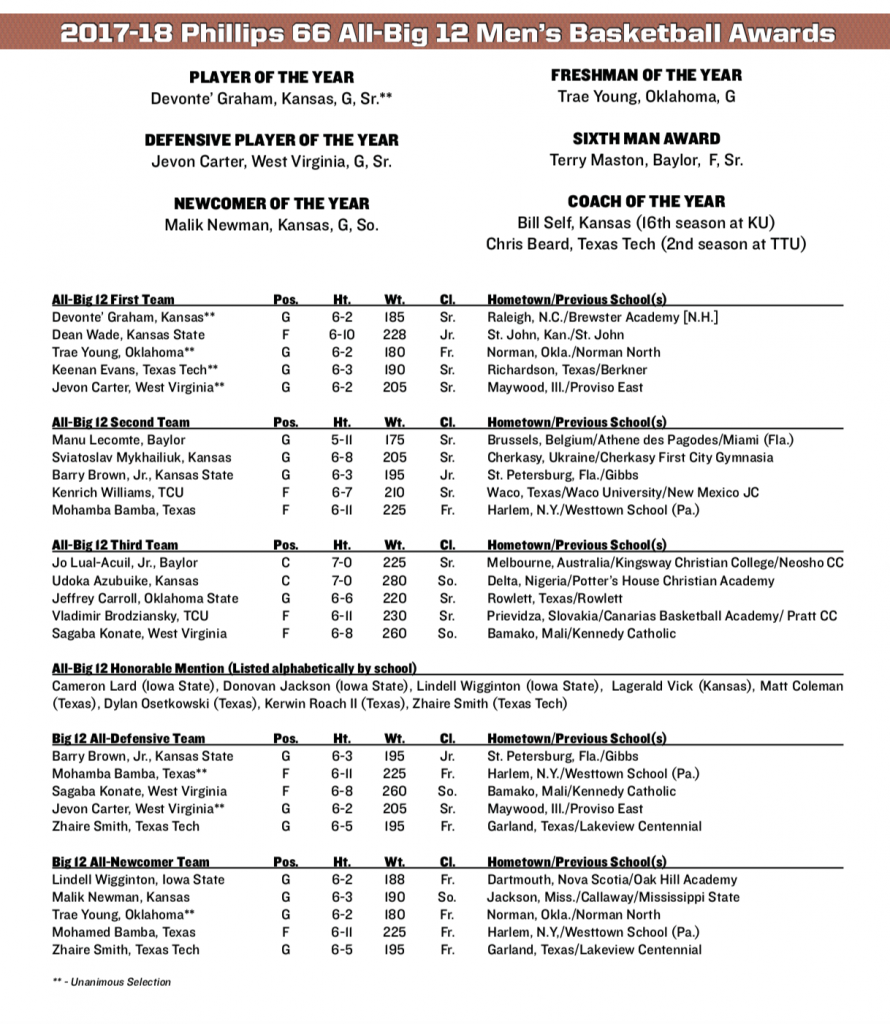