Morris was voted onto the five-player first team, while Burton earned a spot on the second team.

Morris averaged a career-best 16.4 points in leading the Cyclones to a 24-11 record, which included a second-place finish in the Big 12 and a conference tournament championship. The Flint, Michigan native is the only player nationally averaging at least 16 points, 6.0 assists, 4.0 rebounds and fewer than 2.0 turnovers. Morris had a team-best six double-doubles, including the fifth triple-double in school history when he posted 17 points, 10 rebounds and 10 assists in 22 minutes of action against The Citadel.

Burton averaged 15.1 points and a team-high 6.2 rebounds while asserting himself as one of the nation’s most difficult matchups during his senior season. The Milwaukee, Wisconsin native recorded 20 or more points 11 times, including a career-high 31 points at Oklahoma and 29 in games against Gonzaga and Kansas. Burton also posted five double-doubles this season and became the second player in school history to record 40 blocks and 40 steals in the same season. Burton led ISU with 49 blocks and 60 steals. 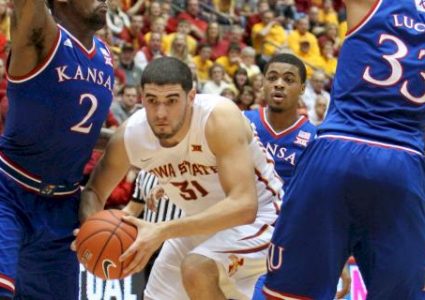