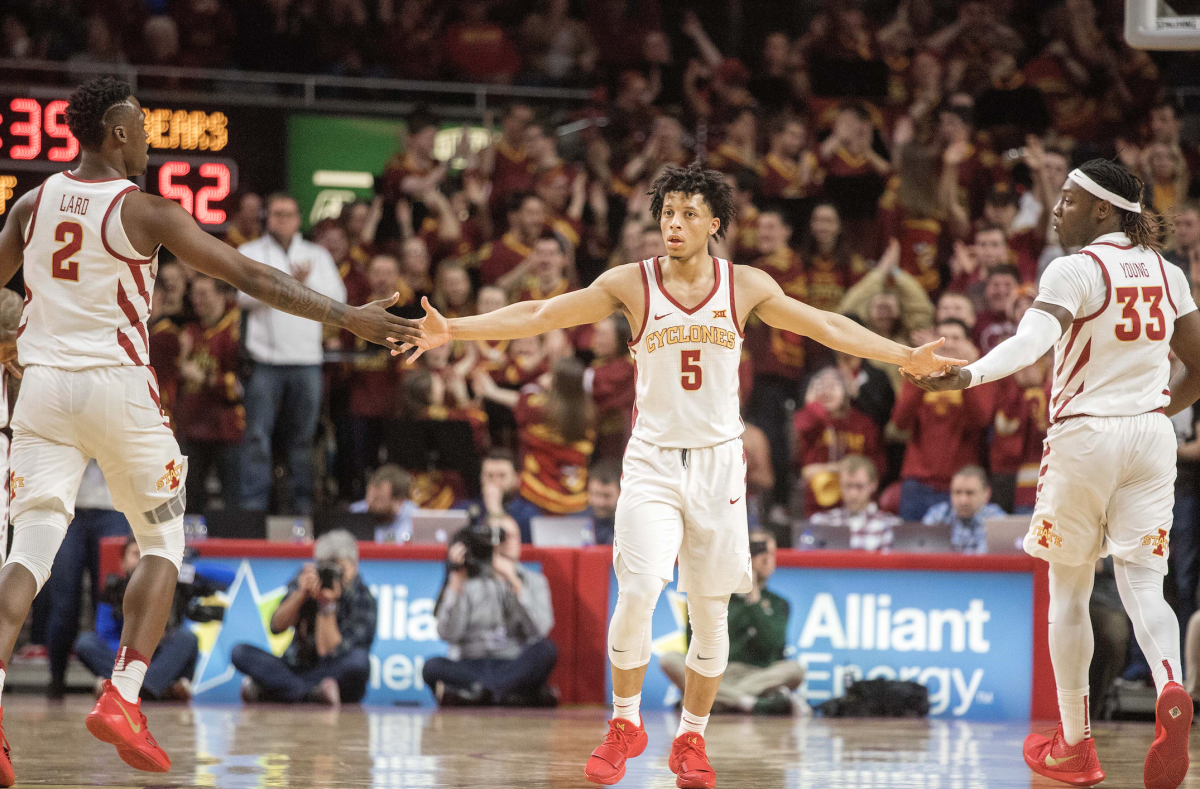 AMES, Iowa – Iowa State freshman guard Lindell Wigginton has been named Big 12 Newcomer of the Week after averaging 28.5 points as ISU split a pair of games last week. It is his second honor this season.

Wigginton opened the week with 27 points as ISU lost at Kansas. His 27 points matched the most by a Cyclone freshman against the Jayhawks. He followed that with an even better showing against Baylor, tallying a career-high 30 points. He is just the fourth Cyclone freshman to record a 30-point game in school history.

The Dartmouth, Nova Scotia native hit 9-of-18 three-pointers last week and also made 12-of-15 free throws.

For the season, Wigginton is averaging 16.5 points. His seven 20-point games trail only Marcus Fizer and Curtis Stinson’s eight games for the ISU freshman record.