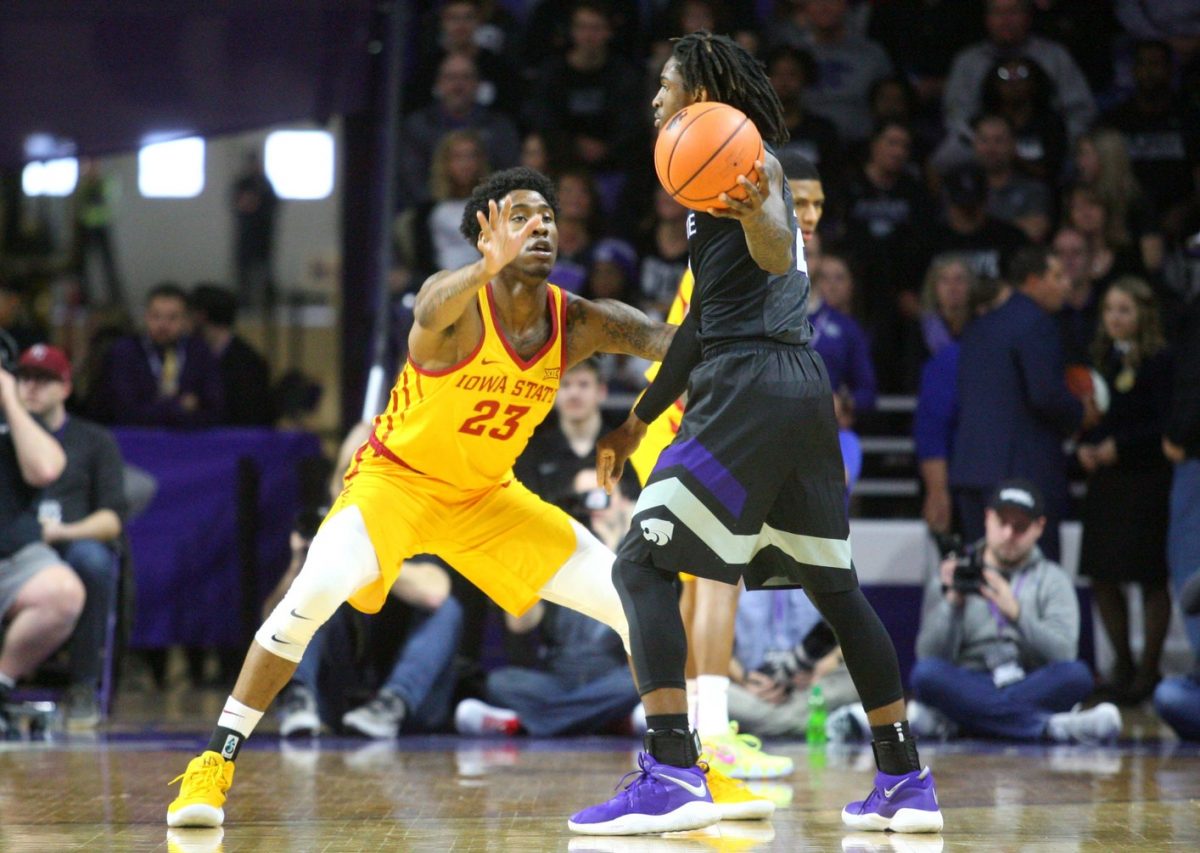 Iowa State was out-scored 45-33 after battling Kansas State to a tie at halftime on Saturday in a 78-66 loss in Manhattan. The Cyclones turned the ball over 13 times, five of them by freshman guard Lindell Wigginton, allowing 18 points to the Wildcats on those lost possessions.

Cameron Lard scored a team-high 15 points and grabbed eight rebounds while shooting 7-of-12 from the field. Donovan Jackson knocked down three of the Cyclones’ seven 3-pointers on his way to 13 points on 3-of-12 shooting.

Wigginton was the third Cyclone in double-figures with 11 points on 5-of-11 shooting but went only 1-of-5 from 3-point range. As a team, Iowa State shot 36.8 percent from deep and 44.6 percent from the field while the Wildcats hit 52 percent of their shots and made 10 3-pointers on 40 percent shooting from deep.

Kansas State was led by 22 points and eight rebounds from Dean Wade while Barry Brown added 20 points with a pair of 3-pointers.

Iowa State will be back in action on Wednesday when TCU visits Hilton Coliseum for a 7 p.m. tip.