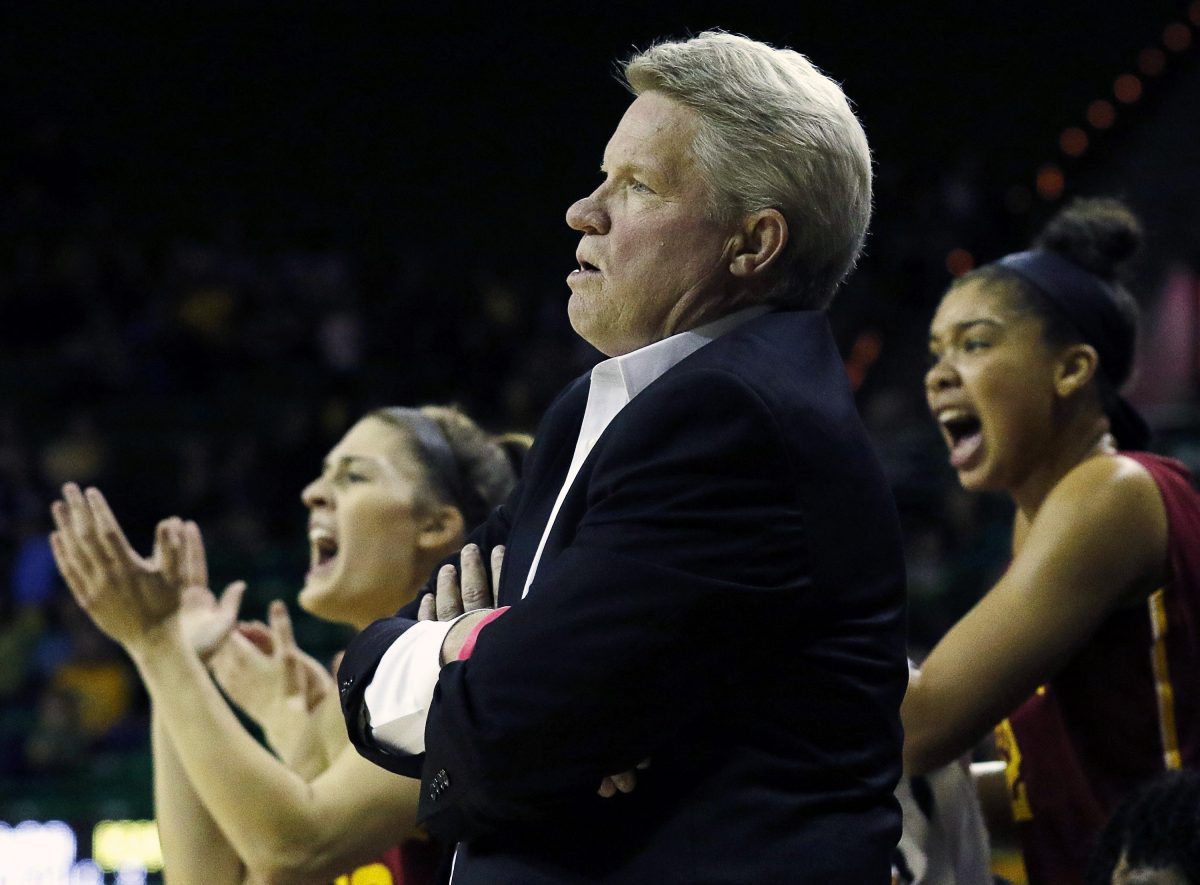 AMES, Iowa. — It was a similar story this time around in Hilton Coliseum, with the Cyclones failing to produce down the stretch, falling 67-60 Wednesday night against the Kansas State Wildcats.

Bill Fennelly was honest about the painful ending.

“Defensively in the fourth quarter, we were non-existent. Our attention to detail was awful. Obviously I have to do a better job of getting them to understand that,” Fennelly said.

Iowa State and Kansas State finished with eerily similar stats. Both teams shot 35 percent from the floor, 32 percent from deep, had 42 rebounds, and totaled 22 points in the paint.

Fennelly started out the game with a different lineup than usual, giving freshman Kristin Scott the start in hopes of giving the Cyclones more shooting against the KSU zone defense. It worked, as the Cyclones built up a small lead with crisp ball movement on 46 percent shooting in the first quarter.

Wildcats Head Coach Jeff Mittie went against his usual strategy and answered by switching to a man-to-man defense at times, giving the Iowa State offense fits.

The Cyclones managed to overcome it, and had everything going for them in the 3rd, holding Kansas State to eight total points in the quarter.

Unfortunately, Iowa State failed to ride that momentum into the fourth quarter.
Up five with 1:26 left in the 4th, Wildcats guard Kayla Goth drove into the lane, drew the foul, and managed to convert on a crafty reverse-layup that essentially sealed the game.

In a game with ten total lead changes, Iowa State went cold at the wrong time, unable to get crucial buckets down the stretch. The Wildcats, on the other hand, couldn’t miss, finishing with a ridiculous 29 fourth quarter points.

“I felt like it was us, our defense,” junior center Bride Kennedy-Hopoate said. “We had too many lapses here and there, and we just can’t afford that.”

She may not have been proud of their defense, but Kennedy-Hopoate had one heck of a second half, scoring all of her 17 points after the break and delivering clutch shot after another when Bridget Carleton needed a helping hand.

Carleton was her usual self in this one, putting together a casual double-double in 39 minutes of play with 16 points, 11 rebounds, and 5 assists.

“We’re that close, we’ve been so close in so many games,” Carleton said. “We just have to use that as motivation to make us want to get better.”

– Kennedy-Hopoate had a career-high 17 points.

– Iowa State travels to Lubbock to face Texas Tech at 6 P.M. on Saturday 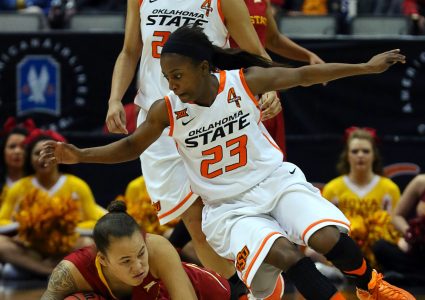