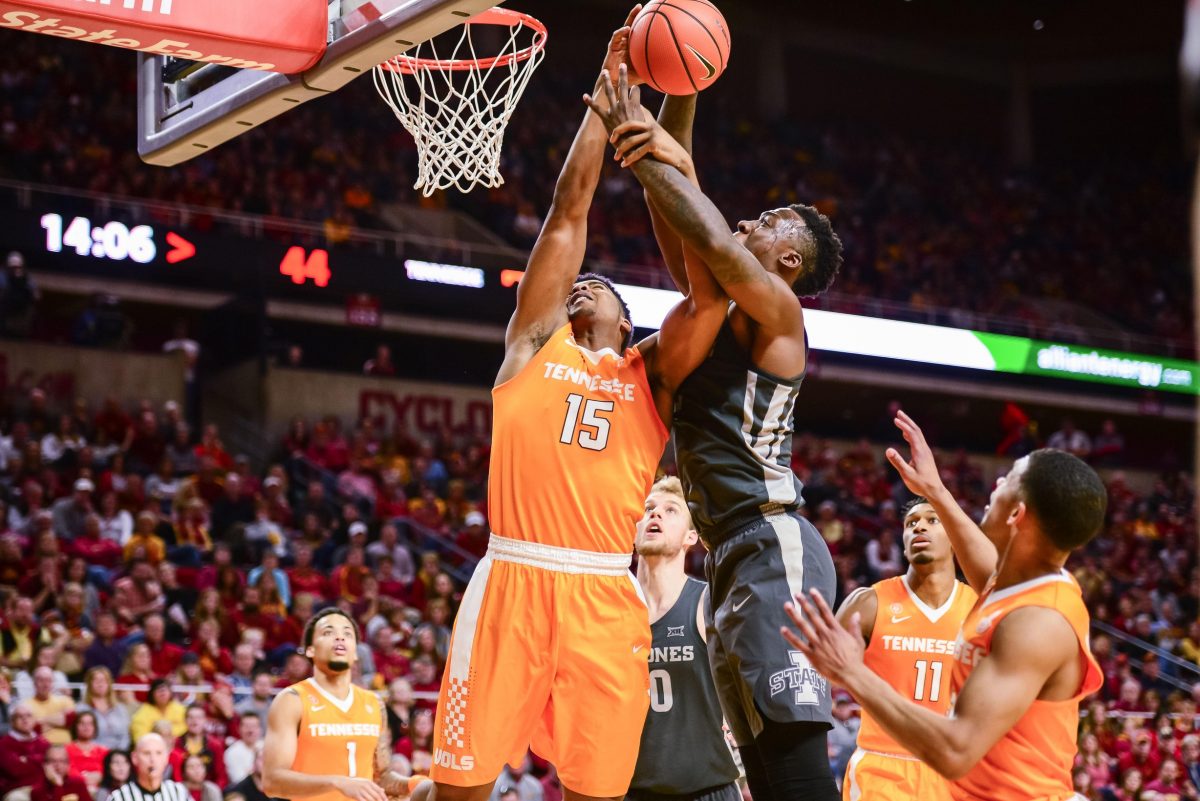 AMES — When it was announced Hans Brase would start Saturday for Iowa State in place of Cameron Lard, everybody knew something was off. At the time, the decision to start the 6-foot-9 freshman center on the bench was termed a coach’s decision.

Lard looked lackadaisical at times once he entered the game while scoring six points on 3-of-5 shooting and grabbing nine rebounds in 22 minutes of the Cyclones’ 68-45 loss to No. 21 Tennessee. He did not look like his usual passionate, energetic self and did not look like the same player Iowa State’s offense ran through for portions of Monday’s loss to Texas.

The issue at this point is unclear. Steve Prohm said the reasons for Lard starting the game on the bench were between the two of them and did not go into any further detail.

“He will start on Wednesday,” Prohm said when asked how the benching would impact things moving forward.

That is good news for the Cyclones with No. 7 West Virginia set to roll into town later this week. Saturday’s loss to the Volunteers proved Iowa State already has enough problems on its plate at this point.

They definitely do not need another one in the form of their budding-star freshman center.

As if what was happening on the court Saturday wasn’t bad enough, it appeared to get worse late in the game when Nick Weiler-Babb left the game limping. Much like Lard, Iowa State’s junior point guard, who did not score a point, dished two assists with three turnovers and grabbed only four rebounds in 29 minutes, did not look like himself.

The stat-sheet stuffing talents Weiler-Babb has exhibited so far this season did not seem to be there. Prohm said after the game Weiler-Babb’s struggles, and eventual exit from the game could be connected to a knee injury that has hampered him since August.

“Nick has been hurt since this summer,” Prohm said. “We have just been fighting through it. I will just check with Vic (Miller) and see. He has been hurt really all year. I don’t really know the exact diagnosis but it’s something with his knee. It’s really limiting him.”

It has been hard to tell Weiler-Babb is battling anything at times considering he is averaging 11.6 points, 7.1 rebounds and 6.95 assists in his first full year of playing point guard at the college level. Entering Saturday, he was the only player in college basketball averaging more than 12 points, seven rebounds and seven assists.

He is on pace to be the first Big 12 player since former Cyclone DeAndre Kane to record more than 200 points, 200 rebounds and 200 assists in a season. Weiler-Babb is arguably Iowa State’s most important player and the team’s on-court leader.

There is no doubt he will continue to fight through whatever is ailing him, but Iowa State’s ceiling as a basketball team goes down considerably as Weiler-Babb’s health worsens.

“It’s something he is going to have to play through,” Prohm said. “I guess it’s just good days and bad days. Today it just got to him a little bit.”