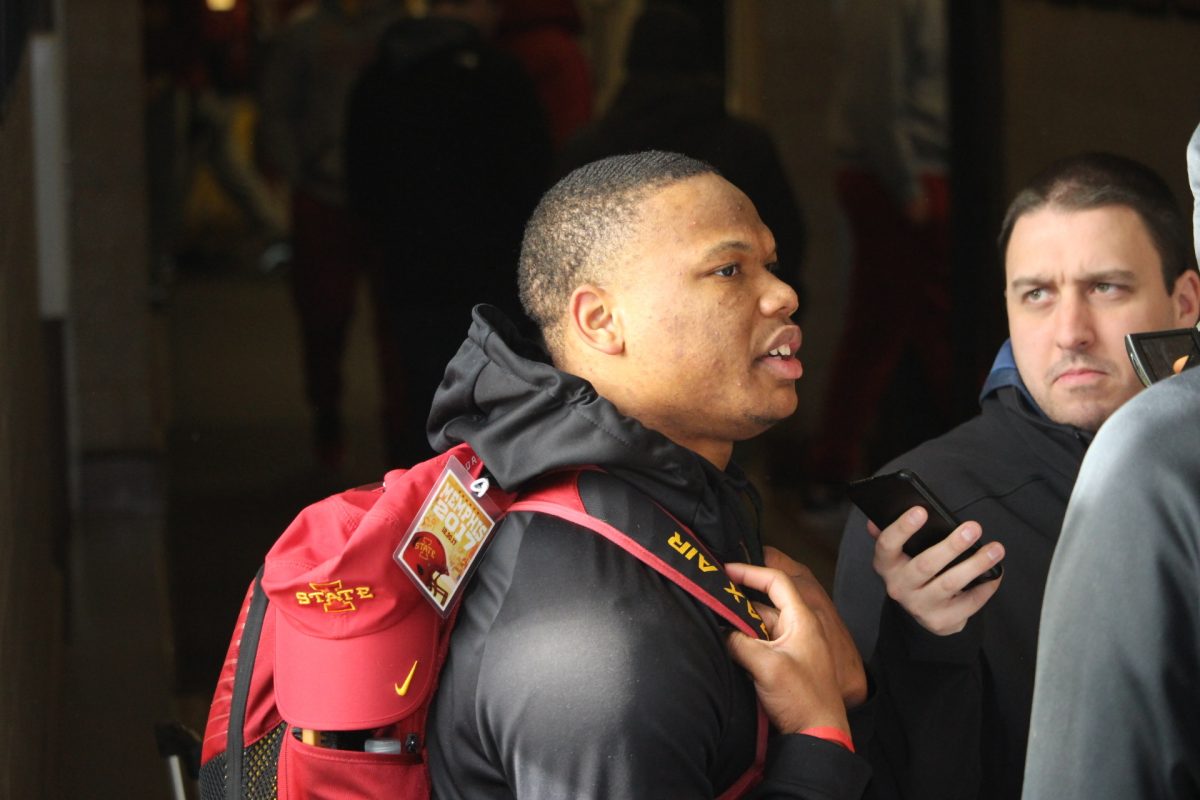 MEMPHIS, Tenn. — It is cold in Memphis.

We’re not talking negative-five-degree wind chill like Ames on Wednesday, but it is really freaking cold. So despite heading into the south where temperatures are normally around 50 degrees on Dec. 27, Iowa State is preparing for a Liberty Bowl matchup with the hometown Tigers in temperatures hovering near 20 degrees.

The cold is not expected to break before the Cyclones and Tigers hit the field on Saturday for an 11:30 a.m. kickoff. The projected high will be in the mid-30s, but that did not faze a windswept Matt Campbell following Iowa State’s second practice at Rhodes College on Wednesday.

“We’re from Iowa,” Campbell said. “It’s cold but that’s the thing I really love about this team. They’ve never disappointed. That’s what I just got done telling them on the field. A lot of teams couldn’t handle it being cold or not being in your home facility and these kids have just come to work every day.”

The Cyclones’ first practice in Memphis was completed in temperatures in the mid-40s on Tuesday. Not a huge improvement, but most definitely a noticeable difference from Wednesday’s wind whipping chill.

Even if the team had been in Ames, they likely would have practiced outside on Tuesday. Wednesday’s weather would have prompted a discussion between Campbell and his staff before coming to a conclusion.

“We had a great practice today,” Campbell said. “Our kids had a really good practice yesterday and I think we’re prepared and ready to go play.”

The idea of the players being ready to play is not debatable. Sophomore running back David Montgomery told the media he would have played in his flip-flops and sweatpants on Wednesday if he could.

What about the cold? Iowa State’s star running back isn’t concerned.

Time for another episode of David Montgomery rocks. pic.twitter.com/esV0TLKdt3

More highlights from an upbeat conversation with Montgomery

*** The All-Big 12 running back was asked if he’s back to 100 percent after battling injuries in the Cyclones’ last few games down the stretch. Turns out, he’s even better than that.

*** Does Montgomery expect there to be any rust to shake off when he takes the field on Saturday?

*** What’s it like to have classmate Kene Nwangwu back on the practice field after missing the season with an Achilles injury?

“It’s scary because you can’t play tag with him,” Montgomery said. “Because if you try to play tag, he’s going to get away from you. I like playing tag with people, but Kene… He’s so fast, it’s kind of scary.”

*** What did David see from the younger guys as he rested during Iowa State’s first few bowl practices earlier in the month?

“I (saw) some talent I ain’t ever seen,” Montgomery said. “I (saw) some stuff I ain’t think we had. It should be exciting to see what’s to come. Very exciting.”

*** Is he enjoying Memphis so far?

“Memphis different,” Montgomery said. “I definitely enjoy being out here. It’s like Ames, Iowa. It’s cold. But there’s a lot of stuff to see. A lot of history here. The Bass Pro Shop was amazing. It was huge. The animals in there were great. It was fun.”