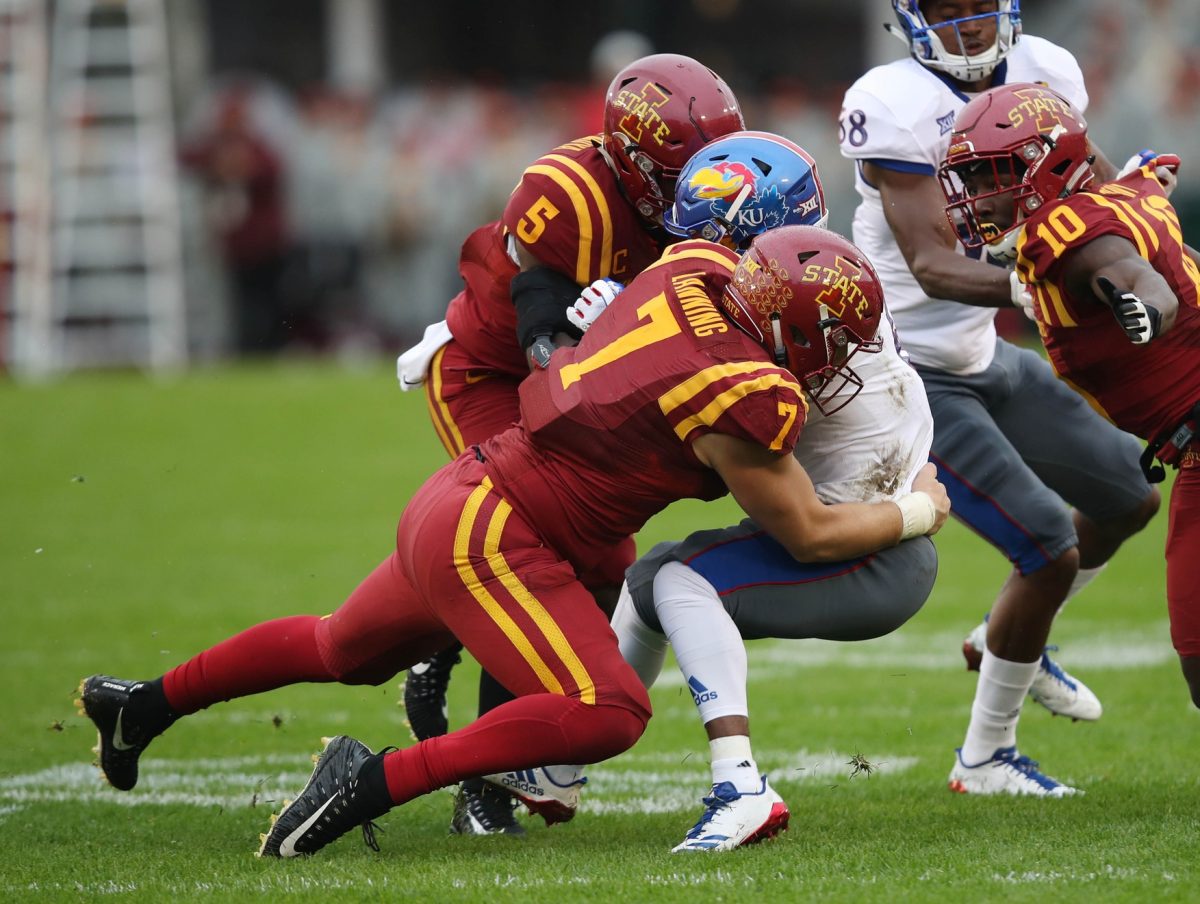 2. Take stock of what happened.

3. Clean out his locker and turn in his gear.

Happily, that old “process” has been upended by a promising new one at Iowa State and Lanning — the nation’s most versatile player, despite what awards panels decree— is smiling all the way through the first bowl prep of his five-year career.

“It feels weird to be practicing right now, honestly,” said Lanning, the celebrated quarterback-turned-linebacker who played a stunning 943 snaps in all three phases of the game this season. “I’ve never done it, so I had to get used to that situation. It’s good for the younger guys and things like that and for those guys that have played a lot of reps to kind of rest your body for a little bit. We’re out there moving around, but not doing too much. So it’s good for us and it’s awesome to be able to put the pads on again for one more guaranteed game.”

That’s all he and Matt Campbell‘s Cyclones (7-5) could hope for — and they’ll get that final shot beginning at 11:30 a.m. Dec. 30 in the Memphis-based Liberty Bowl against American Athletic Conference foe Memphis (11-2).

“We’re trying to build this place into a championship program and it’s going to start with those extra practices that you can get,” Lanning said.

Lanning’s journey has been a well-documented, long and winding one. Somehow, he’s managed to stay relatively healthy as a bruising quarterback for his first three seasons, and a Joel of all trades centered mostly on defense in his final campaign.

The Ankeny native is the first FBS player since 2006 to record a sack, interception, fumble recovery, rushing Touchdown and passing touchdown in a single season. Star NFL safety Eric Weddle — who played collegiately at Utah — was the last player to accomplish the rare feat.

And Thursday, Lanning was named a second-team All-American in the all-purpose category by Sports Illustrated.

Besides the stat lines and high praise, all the work has taken a toll on Lanning’s body, which needed many ice baths to stay strong and supple throughout his “Iron Man” efforts in the regular season.

The R and R bowl prep has afforded him should translate into renewed vigor for the fifth-year senior who’s experienced all the highs and lows of college football, but, appropriately, is ending his career on a pronounced uptick.

After the Liberty Bowl, Lanning will continue working out in advance of the Jan. 20 East-West Shrine Game in St. Petersburg, Fla.

It’s a good kind of “work,” of course, just as it’s a wonderful kind of “weird.”

The Cyclones are bowling. Lanning has pro possibilities. So all the aches, pains and welts incurred have been more than worth it.

“Since Aug. 1 or whenever we got here, it’s been like a non-stop grind the whole time,” Lanning said. “Just going and going and going. I never really thought I was going to play that many snaps, whether it was playing offense or just all defense — it’s a lot of snaps no matter what. I couldn’t ask for a better way to go out my senior year and just doing whatever I can for this team.”

How to watch Joel Lanning in the East-West Shrine Game