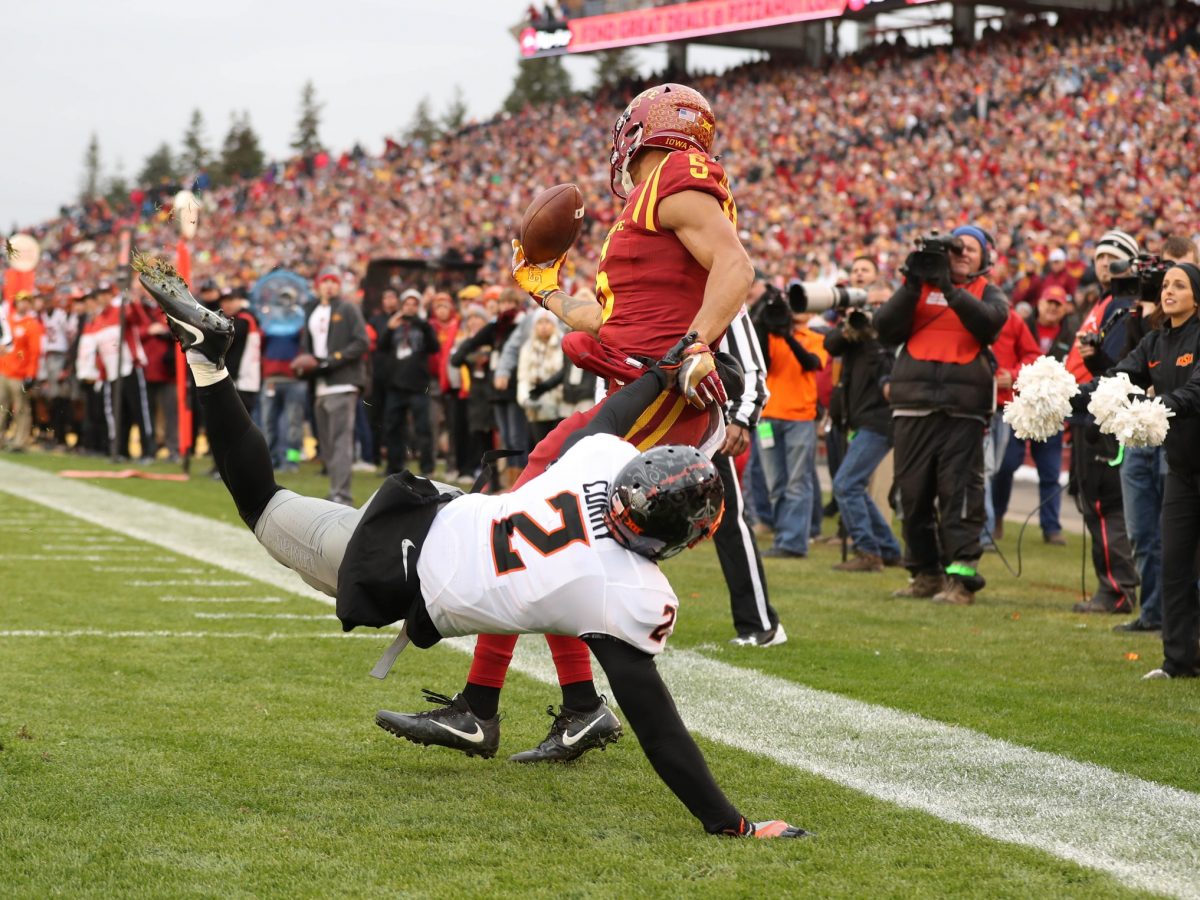 It could have been a storybook Senior Day ending, but the explosive Cowboys had other ideas, striking for 18 of the game’s final 25 points to escape with a 49-42 victory before a sellout crowd of 61,500 at Jack Trice Stadium.

“It was awesome,” Lanning said of Lazard’s catch. “Obviously, we want to come out with a win, but that’s another great way to go out with him — throwing him a touchdown pass.”

The trust factor was huge on that play. Lanning unleashed the throw before Lazard had turned. A cornerback blanketed him. Lazard tipped the ball and secured it with one hand before dragging his toes on the sideline for a catch that will be fondly remembered — despite a second-straight one-score setback — for many years to come.

“I think the reality of that play was so indicative for this football team and this season,” said Cyclones coach Matt Campbell, whose team fell to 6-4 overall and 4-3 in Big 12 play. “Just the ability to keep fighting, keep believing and keep playing. Just Allen, it’s like it was in slo-mo, right? He just keeps fighting for the ball and playing it. And Joel comes in and he’s playing linebacker and he’s got the ability to throw a fade inbounds, to keep him inbounds to give hi ma chance to have success. I think it just tells who those two are but it really I think has been a baseline for what our football team really is. They really believe and they keep fighting to the very end.”

Campbell called the last home Lanning-Lazard connection “as good of a football play as I’ve seen in a long, long time.”

Campbell added: “There’s two loyal soldiers and two awesome Cyclones forever that made two incredible plays. A great throw by Joel and that catch is one of the best catches I’ve ever seen. So I just think it’s sheer willpower and those guys, on both sides of the ball and different times throughout the game, willed us to stay in the football game. I thought really fitting that their last game in Jack Trice Stadium — Lanning to Lazard is a powerful statement.”

Lanning, who’s approaching the 800 snaps played mark — and mostly at linebacker, of course  — finished his Jack Trice Stadium career with five tackles, a touchdown pass and a touchdown run.

“Joel, what more could you ask from him?” Lazard said.

Not much. Just ask star back David Montgomery, who rushed for three touchdowns Saturday and converted a key fourth down that set up a last-gasp chance to win. 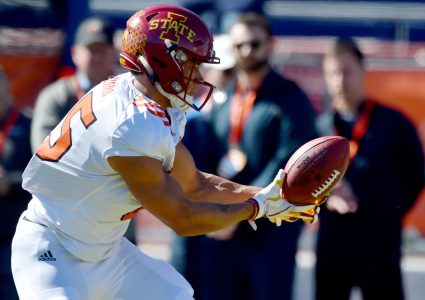