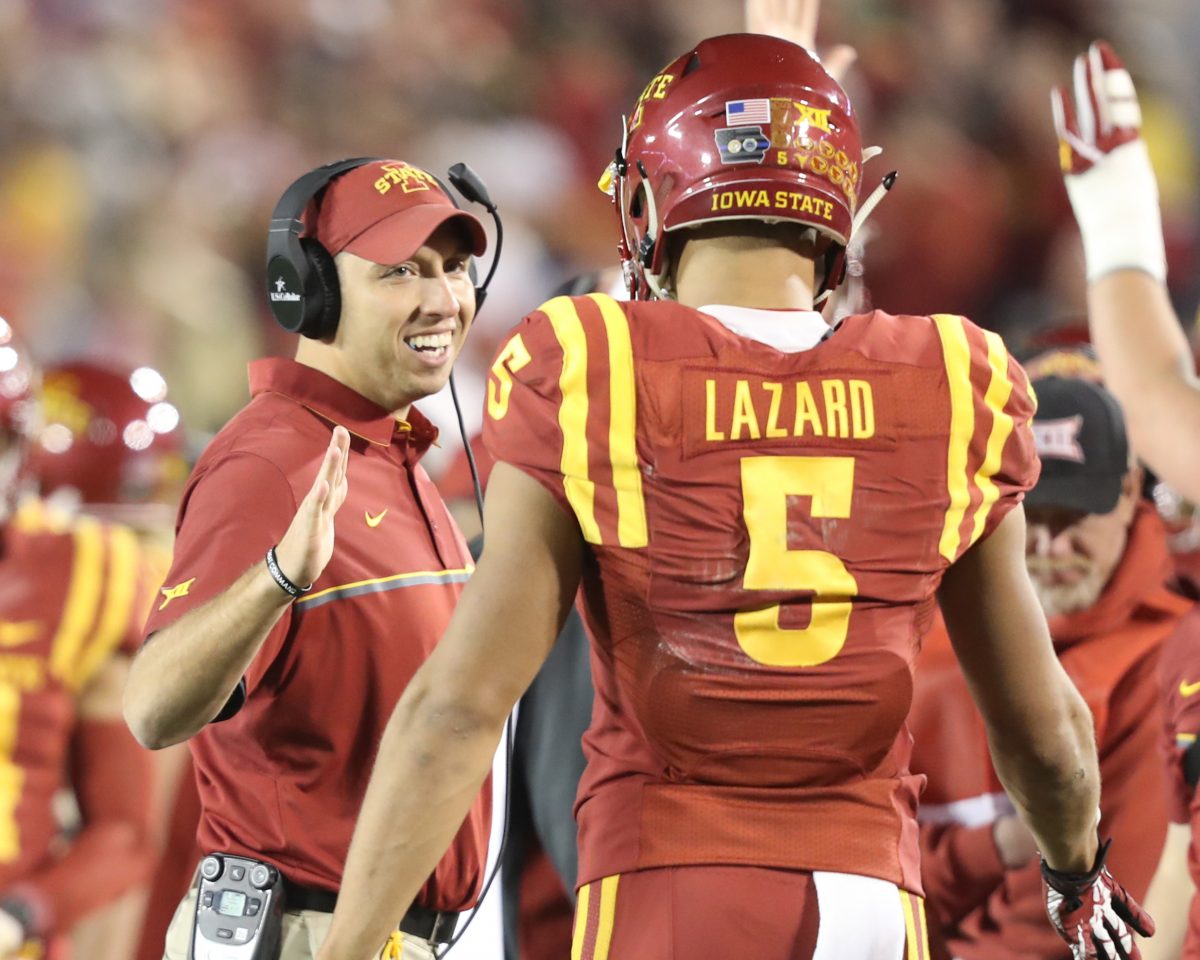 The announcement of Matt Campbell’s new six-year, $22.5 million contract with Iowa State set Twitter ablaze, not just in Central Iowa, but across the college football landscape. Here’s a selection of some of the best tweet reactions from media members, players, recruits and fans.

Matt Campbell turns 38 this week. What a huge statement by him and Iowa State. Sometimes people actually do what they say in college sports.

. @ISUMattCampbell so we’re getting Popeyes this week now, right?

This is pretty awesome. Matt Campbell staying at Iowa State. So often we see young successful coaches jump ship to what they believe is next “bigger” job.

This is good for CFB. https://t.co/trBwvWoJ01

Took my kids on a hike at Jester Park tonight. Made brownies with them, phone off. So, late to the party, but kudos to Jamie Pollard for proferring the new contract to Matt Campbell. Major bump. Clear appreciation. ISU FB ascending.

You: “Campbell is gone. No way he stays in Ames.”

My favorite things about Matt Campbell’s new deal:
1) Good coach
2) Here for longer
3) Facilities are priority
4) Angry people who can’t believe he took the offer after months of repeatedly saying he was staying lol

Thank you thank you thank you to @ISUMattCampbell for believing in the program to sign on for another 6 years! Hopefully other coaches will take notice that loyalty goes a long way and the grass isn’t always greener on other side. We will continue to support you and the team!

Not at all. Rare in today’s market for a young up and coming successful coach stick it out like this. Just impressive. Not backpedaling at all. I was WRONG. And actually really happy I was. This is cool to see. Rare! https://t.co/0BOSX9Xxvc

I do not know @ISUMattCampbell but I do know @TysonVeidt and the energy & desire he brings. I can only imagine the whole staff! This does not surprise me at all, so awesome! I keep telling ppl to keep an eye out 4 this program! Saturday’s, I don’t watch OSU, I watch ISU. 🌪 https://t.co/tD5nm0veIa

Congrats to @CycloneATH and @ISUMattCampbell signing a 6 yr extension. With all the crazy stuff going in college football firings and hiring. Iowa State made the best move in nation. #CyclONEnation pic.twitter.com/mcQiwWGwmf

Matt Campbell was among the lowest paid in the Big 12 this season. His 3.5 guaranteed salary now ranks only behind Tom Herman, Gary Patterson and Mike Gundy. On par with Dana Holgorsen and Kliff Kingsbury. #Cyclones

Nobody more deserving than @ISUMattCampbell his leadership and character are unmatched. Excited for the future of Cyclone football. Blessed to be apart of it! 🚨🌪 https://t.co/s8zBuDySXT

I’m biased, but this was my favorite Campbell contract factoid…

Matt Campbell could buy @ChrisMWilliams 938,337 copies of Freddy Got Fingered for Christmas with his new contract

Congrats to @ISUMattCampbell on the added 6 years as ISU’s Head Football Coach. Well deserved for sure!!

Congrats to .@ISUMattCampbell on a well deserved raise! Now that you have that piece of biz out of the way, a Fawcast interview is next!

This sums up the Matt Campbell statement perfectly. pic.twitter.com/9WKSxVMA8A

Matt Campbell’s new deal reinforces what he told me last month. He admires what Snyder, GP, Gundy built by sticking around. He sees same potential at Iowa State. https://t.co/mplYTly2FI

If “Football is the front step of the athletics department” we have a pretty good first step! Congrats @ISUMattCampbell and @CycloneFB staff! #WellDeserved #IowaStateOfMind 🌪🏈 https://t.co/If2jJ6CdpS

Iowa State locking up Matt Campbell with a raise and an extension was so smart. Will continue to be one of the hottest names in coaching

Iowa St.’s Matt Campbell gets…PAID….new contract and a huge raise…Iowa St. is all in on this guy for football program…

@ISUMattCampbell glad u got paid and gladder ur still here ❤️

Congratulations!
Every AD in the country had to have interest in your great coach.
Great accomplishment!! What a day for the Cyclones!! https://t.co/Wh6IVeVp8k

If you a recruit and one be apart of something bigger than yourself, I’m talking changing culture/history/program, Iowa State is the place to be!!! #cyclONEfamily

The Campbell contract is going to be a boost for Iowa State’s recruiting efforts leading up to NSD. I’ve heard of several prospects that have been waiting for this to get finalized. Should be an exciting couple of weeks.

means Ya Boy is coming to Ames for a game next year. #StayTuned https://t.co/Y4OQD5aGBr

salute my mans for leveling up https://t.co/T5tHZrJT61

Double birds to the Jamie Pollard haters and losers, of which there are many.

And what was Coach Campbell doing while all of this was happening? He was in Creston visiting Iowa State commit Trevor Downing.

Great evening on the farm!!! pic.twitter.com/hhiOoA10aH

Finally, the man weighed in himself.

This programs growth happens with Elite Player Ownership, Staff Belief n Trust! So grateful to r fans for making it special to be a Cyclone! 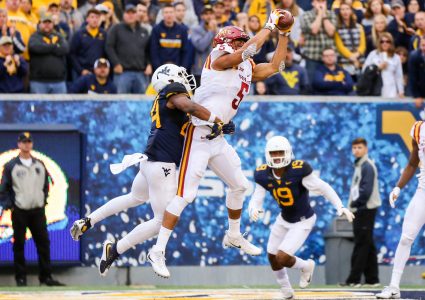