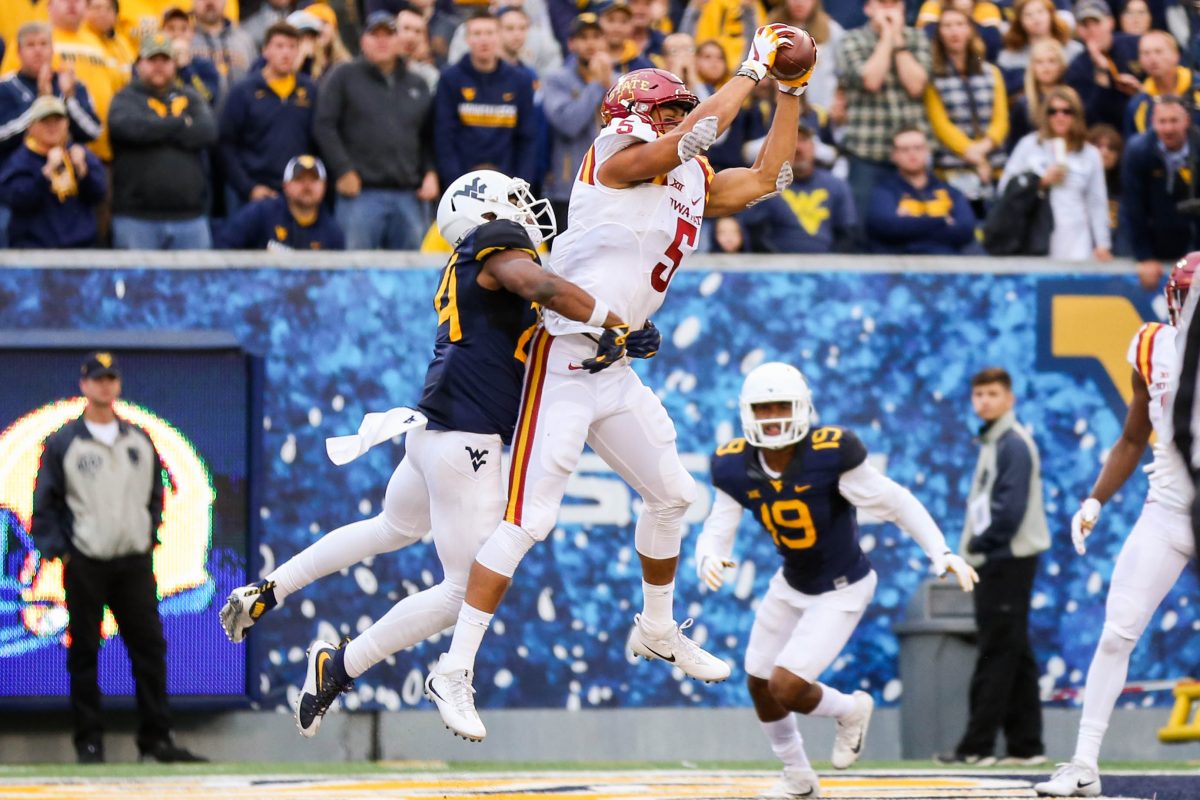 Allen Lazard’s historical Saturday in Waco was rightfully overshadowed by the team’s seventh win of the season – a 23-13 defeat of the Bears.

However, we need to give No. 5 his fair share of props here on the front page of Cyclone Fanatic.

Lazard also tied the school’s record for touchdown receptions in a season, at nine.

Here’s a look at some of the Twitter reaction from Lazard’s historical day, starting with the guy whose record he broke.

Congrats to the big man @AllenLazard on becoming the Career Leader in receiving yards at ISU!

Humbled and honored beyond measure. All glory goes to the man above. Thank you @todd_blythe for setting the bar high! pic.twitter.com/PXoqadHRFh

Congrats to @AllenLazard for becoming the all time leading reciever at ISU. Very humbled and honored to watch him over the last 2 Years. Exceptional talent, tremendous teammate, and all around good dude.

I think it’s safe to say @AllenLazard has lived up to all expectations. What an incredible talent. #RaisedTheStandard

UPDATED WHERE ARE THEY NOW: Record-setting receiver Todd Blythe