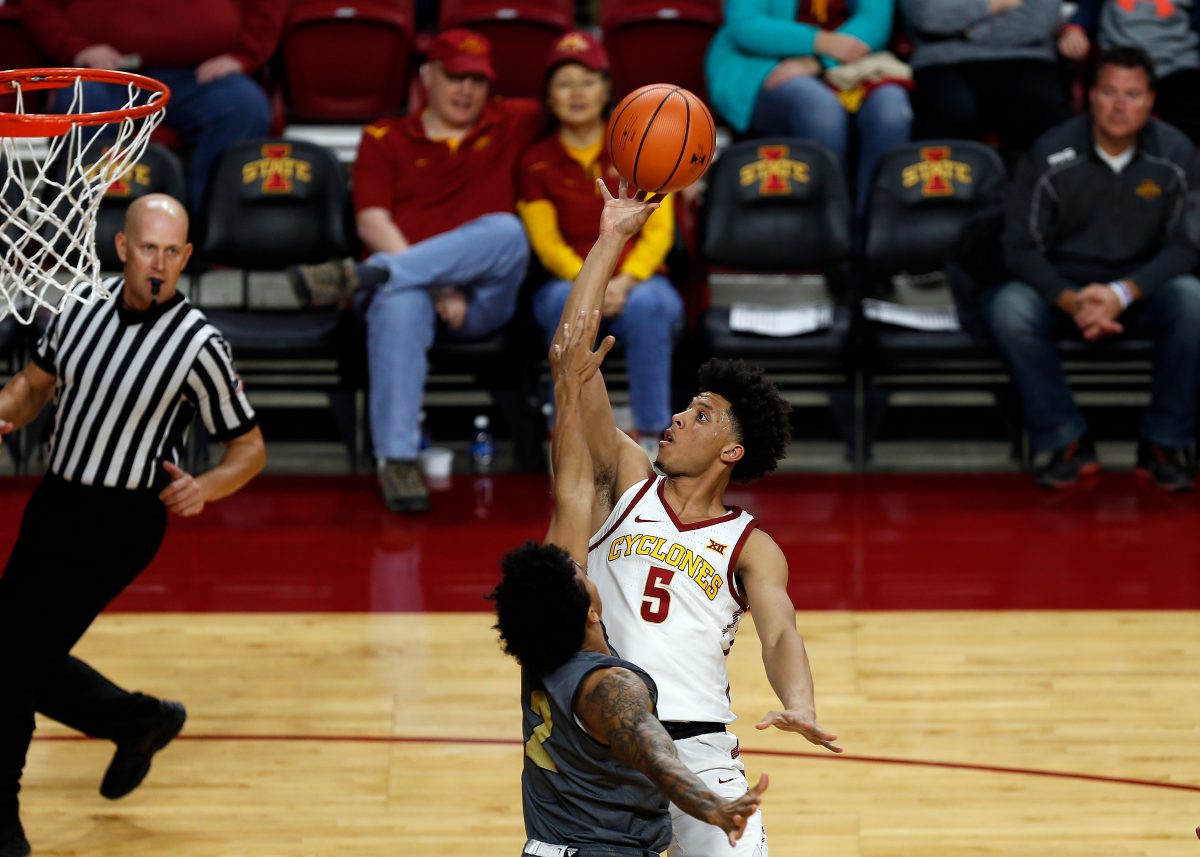 That’s what I heard a fan say as I walked into the media room following Iowa State’s 77-68 exhibition win over Emporia State Sunday night at Hilton Coliseum. Safe to say, nobody, walked away impressed with what they saw in their first glimpse of this new-look Cyclone basketball team.

Although, I’m here to say it is not the time to hit the panic button.

The season has not started for real and we’ve seen the past two years what Steve Prohm and his staff can do even when their team seems to be in disarray. Iowa State had only seven players to work with as two of its freshmen, Cameron Lard and Terrence Lewis, did not dress due to a coach’s decision. One of the graduate transfer seniors, Hans Brase, was a late scratch before tip.

Could it turn out to be a long basketball season in Ames? Yes, it very well could, but immediately following an exhibition game is not the time to declare that a certainty.

Here are five thoughts from what I saw.

It was stagnant. There was a lot of ball-watching. There was way too much standing around.

“We have to play at a pace that we are putting pressure on the defense all the time,” Prohm said after the game. “We are not a grind it, slow down team. So we’re making people play rotations and so we’ve got to continue to reinforce that.”

Prohm has said all along that this team will have to run at every opportunity in order to have any success on the offensive end of the floor. They showed flashes of that Sunday night, but only flashes.

On the bright side, this roster has some guys who are really good at getting to the rim and putting pressure on an opponent. That aggressiveness towards the basket was the biggest reason the Cyclones shot 36 free throws.

I would not be at all surprised to see Prohm and the staff make adjustments as the season goes on to where one of Iowa State’s primary looks is with five players around the perimeter. Spread the floor, open up the driving lanes and go to work.

That’s what Iowa State did late Sunday night and it allowed them to pull away enough to seal the deal.

“That’s something I’ve kind of thought about in the back of my mind,” Prohm said. “Maybe this is a team that really needs to play five out and spread people out and just really put pressure on the rim. So it was good to kind of get a look at that.”

Lindell Wigginton, 18 points on 5-of-13 from the field and 8-of-10 from the charity stripe, was at his best when he was attacking downhill. Plus, I doubt the freshman will go 0-of-5 from 3-point range too often like he did against Emporia State, which will keep defenders from sagging back and trying to close driving lanes.

2 — You have to shoot better than 61 percent from the free throw line. Period. End of story.

I know it is an exhibition, but that’s the one number that really, really sticks out to me on the stat sheet. I can handle the 5-of-20 from 3-point range, but 22-of-36 from the free throw line, including 11-of-21 in the second half, absolutely has to get better.

That is especially the case if Iowa State is going to play the way I wrote about in point one.

“Guys (have) got to continue to get in the gym,” Prohm said. “You can’t go 5-for-20 from three and 60 from the line and think you’re going to score a whole lot of points.”

We already knew that after last season, but I think I kind of forgot before he scored 13 straight points to close the first half Sunday night. Iowa State’s senior leader led all scorers with 20 points and knocked down four of the team’s five 3-pointers.

That’s the Donovan Jackson Iowa State is going to need all season long.

“I needed to get myself going,” Jackson said about his stretch to the end first half. “That’s the only way I can play. Just getting myself going and trying to find some energy.”

4 — Jakolby Long is going to do some really good things this season.

The sophomore scored 11 points, all in the second half, and grabbed four rebounds in his 27 minutes against Emporia State. He has that grinder mentality and it truly shows on the defensive end of the court.

Every time I watch him shoot a jump shot I think of when someone holds the shoot button too long on 2K, but I was really impressed by his play in the second half.

“Jakolby Long I thought did some good things for us,” Prohm said. “Jakolby has put a lot of time in I think and deserved it.”

5 — It will be interesting to see what happens next with Lewis and Lard.

Prohm said they will evaluate this week whether or not the freshmen will be available for the season-opener Friday night at Missouri. I was not sure if Prohm was talking about basketball or telling us his favorite Spike Lee film when he simply said they have to “do the right thing” to get back on the court.

There are two sides to this situation I would like to address.

First, I think Prohm has handled this situation, along with sitting Zoran Talley for the secret scrimmage against Nebraska, really well. He has made it clear there is a standard that must be met in order to represent Iowa State men’s basketball and this is him putting his foot down.

Secondly, this trip to Columbia scares the crap out of me if Lewis, Lard and even Brase are not able to play. Heck, I would be lying if I said it does not scare me regardless when I remember the potential No. 1 pick in the NBA Draft will be there to greet this Iowa State squad.

Throw in the fact that the Cyclones would only have seven players and it has the potential to give me nightmares. Even if that turns out to be the case, it will only be the first game of the season.

It still will not be time to hit the panic button.