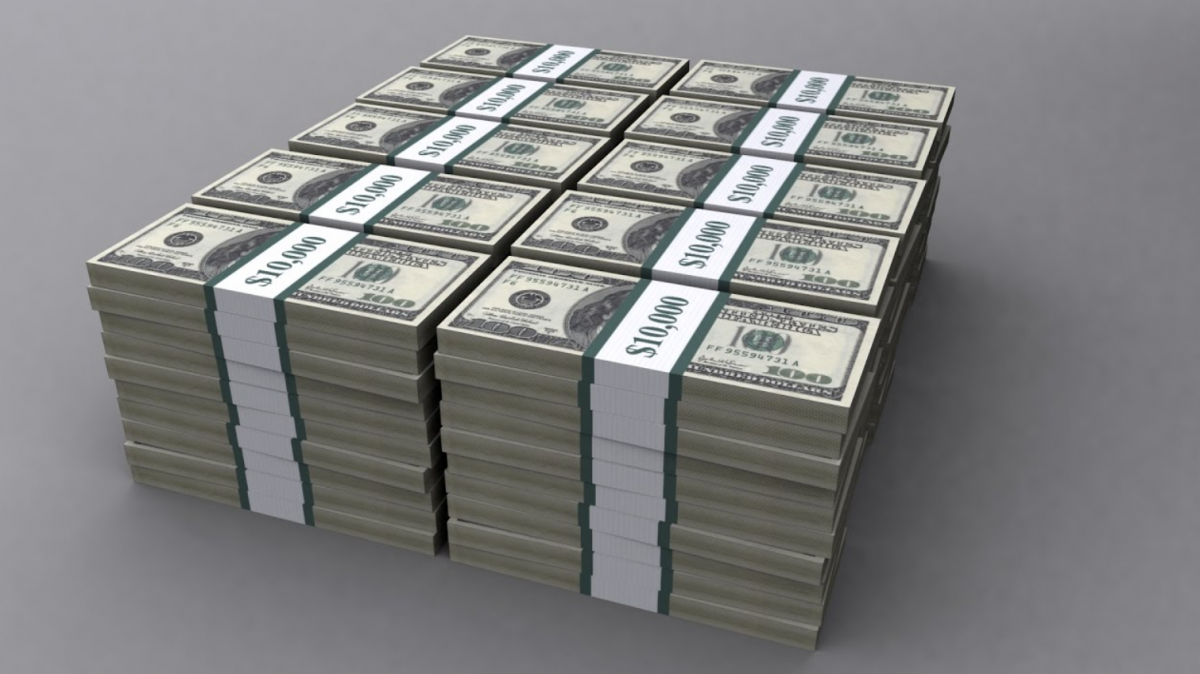 According to the always trusted, always reliable source of information known as Wikipedia, the median American household income in 2016 was $59,039. Thanks to a recent extension and raise, Iowa State football coach Matt Campbell makes a bit more money than that – nearly 60 times more yearly, to be exact!

An annual salary of $3.5 million is something that we mere mortals can only dream of making someday. Luckily, dreams can be shared through the written word. It’s fun to imagine the kind of things someone could do with that kind of money. The spending possibilities are seemingly endless.

That’s why I’m about to share some of the things I’d consider doing with 3.5 million dollars.

Right about now I can almost hear my dad, a financial advisor, standing over my shoulder and whispering his recommendations for mutual funds, IRAs, and savings accounts he’d have me stick that kind of money in. However, this is the internet. No place for responsibility. Sorry, Dad.

There are a couple ways that one could go about spending such a large amount of money in this fantasy. I could either go all-in on one or two large million-dollar purchases and live “humbly” off the remainder, or I could divvy the cash up across many indulgences. For entertainment purposes, I’ll go through both scenarios.

Before we begin, I’m going to preface this by saying in my fantasy world, income taxes don’t exist. I went ahead and plugged in $3.5 million into SmartAsset’s income tax calculator and they estimate a total tax burden of more than $1.6 million. Since I can obviously find better uses for that money than the government, I’ll be skirting the IRS for the rest of this article.

SO GET ON WITH IT ALREADY, KEVIN.

Before going entirely off the rails, I’m going to list a few things that I’d definitely do with the salary that Matt Campbell’s making. Many of them have to do with Iowa State.

— Tickets, travel, and lodging for Iowa State sporting events away from home (including bowl games and postseason tournaments).

— New house with an elite man cave full of Iowa State memorabilia (for watching re-runs of ISU games and Cyclones.TV since I’ll be in attendance at every game).

— New sports car in cardinal and gold paint with ISU vanity plates (to make sure everyone’s clear who my favorite team is).

— Season pass to The Harvester Golf Club (something else to do between Cyclone games).

— Minnesota Vikings and St. Louis Cardinals season tickets (good to have, but not as important as Iowa State).

— Whatever else my wife wants (happy wife, happy life).

Those are the immediate impulse buys for a 24-year-old, recently married man with no children such as myself. In addition to the list above, of course I’d pick a few worthy charities to give to, take care of other family members, and *probably* do some of that money-saving stuff my dad was trying to whisper to me earlier. Don’t worry, I’m not about to go full Allen Iverson/Antoine Walker on y’all.

There’s nothing quite like blowing your yearly salary on some extravagant material item to show just how loaded you are. That’s what we’ll be covering here in the much more fun scenario 2.

Here are just a few of the ideas I’ve thought about spending a large chunk of $3.5 million on.

One hand of blackjack. Okay, so this isn’t exactly a “purchase,” but if I put $3 million down on a single hand of blackjack and win then I could buy basically double of the rest of the things I’m about to list out, which would be doubly awesome. Lose, and I have to go back to living on bread crumbs with just $500,000.

A helicopter. No longer shall I deal with Iowa traffic jams after I pony up $2,950,000 for the first helicopter I found on Google within my price range. The rest of the money would be used for pilot lessons so I don’t have to worry about relying on someone else to get me to where I need to go, which will more often than not be Iowa State games.

An Olympic-sized pool filled with chocolate milk. I found another reliable internet source that informed me I can build an Olympic pool for roughly $300,000. That’s chump change for people like me and Coach Campbell. The pricy purchase in this scenario would be the chocolate milk. I figure that I could cut a bulk deal with Anderson Erickson (duh) to give me 660,000 gallons of chocolate milk for roughly $3 a gallon. That calculates out to $1,980,000 to fill my chocolate milk pool. All together, the investment comes out to nearly $2.3 million and I still have $1.2 million left over to make sure my pool is housed inside a nice dome of some sort (can’t be getting rain and bugs in my chocolate milk pool).

6,000 pairs of Big Baller Brand ZO2: Sho’Time Remix by Lonzo Ball shoes. I’d really want to prove that I’m a big baller and there’s no better way than buying more pairs of Big Baller Brand shoes than anyone else. At $495 a pair, buying 6,000 of them would leave me just over half a million to buy some display cases for my shoes. Would I wear any of them? Probably only three pairs. One for formal occasions, one for informal occasions, and one for ballin’.

All of the tickets to one Iowa basketball game in Carver-Hawkeye Arena. This one would require some sneaky logistics, but I believe it would be possible. Buying up tickets off the secondary markets would be quite easy. Convincing Hawkeye season ticket holders to give up their tickets would take some prodding, but everyone has their price as the saying goes. Assuming the average ticket price ends up being no higher than $250 (shouldn’t be hard since they’re giving tickets away for free), that means I’d be dropping 250 bucks 15,500 times (Carver’s capacity), which equates out to $3,875,000. Now you’re probably thinking, “isn’t that more than $3.5 million?” Yes it is. But I think I could convince Jamie Pollard to chip in a little of his own dough to help round out the bill since I’d take all of the tickets and give them to Iowa State fans. Could you imagine the entire arena filled with cardinal and gold, cheering vehemently against the home team? Sounds glorious. Pollard would surely agree.

Now that I’ve shared some of my ideas for spending $3.5 million, I’d love to hear some of yours too. Be sure to share yours with me on the Cyclone Fanatic forums, on Twitter, or through the window of my dome while I’m floating around in my chocolate milk pool.