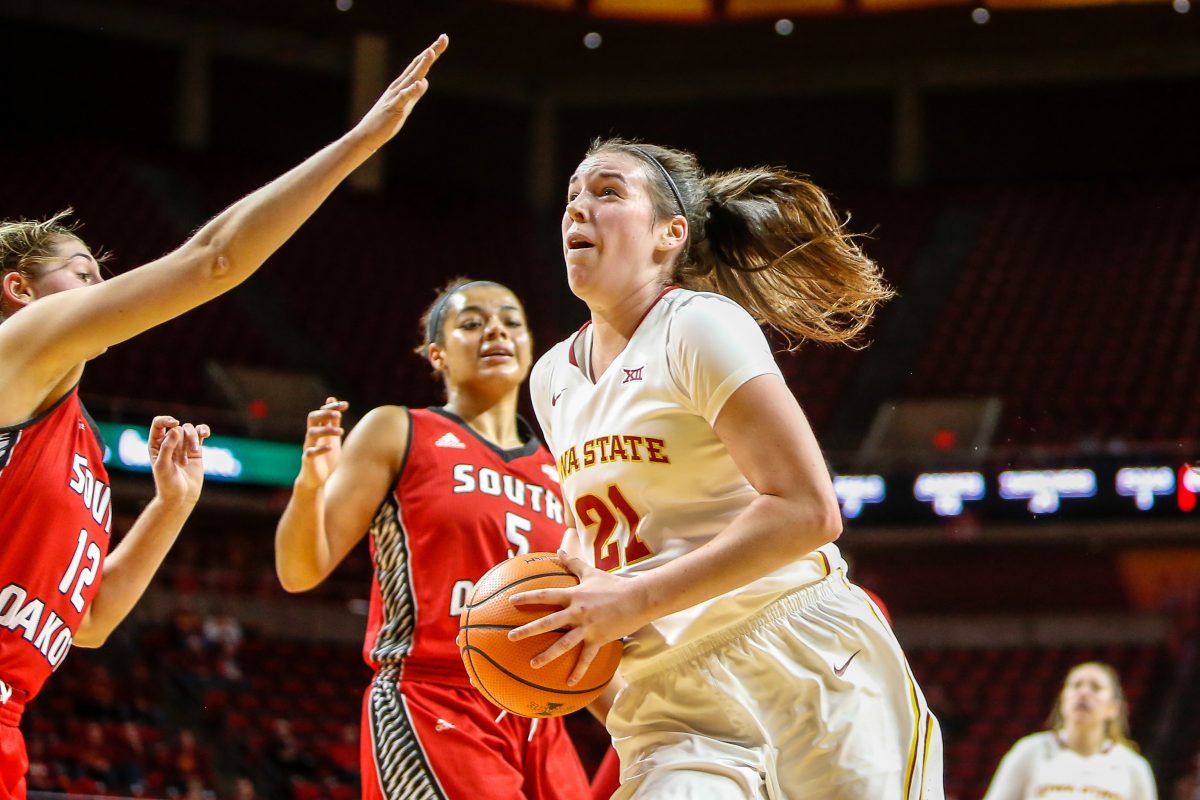 AMES — After a weekend in the Bahamas, the Iowa State women’s basketball team (3-2) is back in Iowa and ready to face-off against an underrated Drake Bulldogs team (7 p.m. on ESPN3) on Thursday night at the at the Knapp Center.

Beyond Drake, Iowa State has a busy schedule ahead with a road game versus Vanderbilt that’s followed by next week’s Cy-Hawk matchup against Iowa in Hilton Coliseum.

With five games under their belt, here’s what we’ve learned so far about this team.

Bridget Carleton getting some help

The junior leader for the Cyclones has lived up to individual expectations, averaging 18.2 points, 6.4 rebounds and 3.4 assists through five games. In his meeting with the local media on Wednesday afternoon, Bill Fennelly mentioned that while Carleton is the lone prolific scorer on this roster, Emily Durr has supplanted herself as the number two player on this team.

Fennelly pointed to her experience as a tool that will be needed to help the development of this young roster.

“I think I just bring calmness, [because] we have a lot of young players on the team. If their shot’s not going in, just giving them that little pep-talk, I have a lot of experience so just trying to portray that,” said Durr. “I think we have a deeper understanding of what our team is going to be, and how we are going to play.”

Kristin Scott has solidified her role

She isn’t projected to start against Drake, but this freshman out of Kasson, Minn. has shown her ability to play a necessary part for the Cyclones.

Scott is one of only five freshmen in the nation averaging over nine rebounds per game, totaling a mark of 9.8 boards per contest. As a team, Iowa State is 13th in the country in blocked shots per game, thanks to the trio of Carleton, Scott and Kennedy-Hopoate.

Still, Fennelly has stressed the lack of an inside presence, specifically on the offensive end, with hopes that it improves over these next few weeks.

Out of the Missouri Valley Conference, this Drake team knocked off Iowa State 74-70 the last time these two teams met in Des Moines (2015). Sitting at 3-3 record, the Bulldogs are a year removed from an NCAA Tournament appearance, led by three players scoring in double figures so far this year.

The Bulldogs utilize a matchup zone that Fennelly admits is hard to replicate in practice. On top of that, they play fast, getting out in transition often.

“They sub like a hockey team,” said Fennelly. “I mean it’s just every dead ball there’s new players coming in. They wanna score, and they wanna score a lot. It’s not a game that’s gonna be in the 60’s.”

It should be an entertaining contest, as the in-state rivalries always manage to live up to the hype.