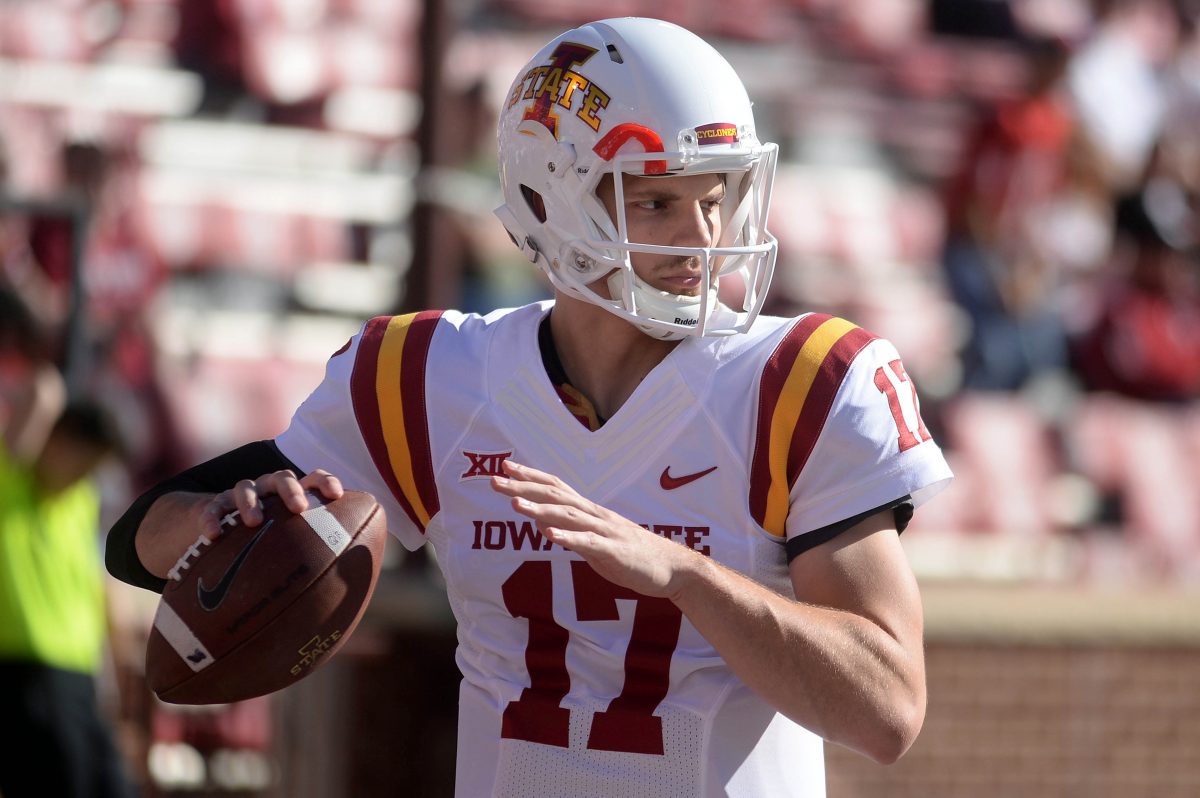 Lanning will assist with the Cyclone defense, while Kempt will help with the offense.

“Joel and Kyle are two of the biggest reasons we have been able to change the culture within our program at Iowa State,” Campbell said. “As captains, they were leaders who inspired greatness in their teammates. They also have sharp football minds and are eager to get into coaching. This will be a great first step for them as they initiate their coaching careers and they will be a valuable asset to our coaching staff and players.”

Lanning’s senior season in 2017 was one of the most memorable in school history. After spending his first four years in Ames as a quarterback, Lanning switched to linebacker for his final season. He proceeded to earn All-Big 12 honors and First-Team All-America accolades while leading the Cyclones to an 8-5 mark and a victory in the Liberty Bowl.

The two-time team co-captain was also one of the most versatile players in college football during his final season as a three-way player. The Ankeny, Iowa native took an astounding 1,001 snaps during the year- 822 on defense, 51 on offense and 128 on special teams.

He led the team and ranked third nationally in tackles per game (8.8), rushed for 135 yards and completed 3-of-4 passes for 47 yards. He became the first FBS player since 2006 (Eric Weddle) to record a sack, interception, fumble recovery, rushing TD and passing TD in a season.

His incredible versatility earned him national acclaim and runner-up honors for the Paul Hornung Award, given annually to the nation’s most versatile college football player.

Lanning played for the Alliance of American Football’s San Antonio Commanders in 2019.

“Coach Campbell and this staff helped turned my football career around and I will do whatever I can to give back,” Lanning said. “I also want to learn a lot from them and help the program out any way I can. You have to start your coaching career somewhere and I am blessed to be able to do it at Iowa State. This will be fun and a great opportunity for me.”

Kempt, a native of Massillon, Ohio, came to Iowa State as a walk-on in 2016. He saw action in two games and entered the 2017 campaign deep on the Cyclone depth chart at quarterback.

In the fifth game of the season, however, Kempt became an overnight sensation, leading the Cyclones to a 38-31 victory over No. 3 Oklahoma in Norman, Okla., in his first career start. He threw for 343 yards (18-of-24) and three touchdowns in one of the greatest wins in school history.

He went on to tally a 5-3 record as a starter, leading the team to a national ranking, an 8-5 record and a victory in the Liberty Bowl.

Kempt threw for 1,787 yards, tossed 15 touchdown passes and completed 66.3 percent of his passes, the second-best clip in school history.

He is the only quarterback in Cyclone history to lead his team to a pair of wins over top-five opponents.

Kempt received a sixth season of eligibility in 2018 and was named a team co-captain prior to the season. Unfortunately, a severe knee injury in the first game of the season vs. Iowa derailed his last year on the team.

Kempt’s leadership didn’t falter, however. He took Brock Purdy under his wing and played a huge role in Purdy’s incredible rookie season where he set an NCAA record in passing efficiency (169.9) for a first-year quarterback.

“When I wasn’t the starting quarterback I always found a way to help out the other guys in the quarterback room,” Kempt said. “When I got hurt in my final year, I got the opportunity to help coach in the QB room with Coach (Joel) Gordon. That’s when I realized this was something I really wanted to do. Getting hurt and going through that situation, it opened another door for me. I am just thankful I was able to find something great out of that situation. I am passionate about this and really excited to help the team out.”

Kempt developed a strong bond with Coach Campbell, a fellow native of Massillon and a person who has been a positive influence in his life.

“With all of the events that have happened with Coach Campbell helping me out, I now have the chance to give back to the program that gave me so many opportunities,” said Kempt. “To be able to work under a coach as great as Coach Campbell, who is considered one of the best in the nation, is really special.”

Campbell also announced that Josh Rosenthal has been added to the staff as an assistant director of scouting.