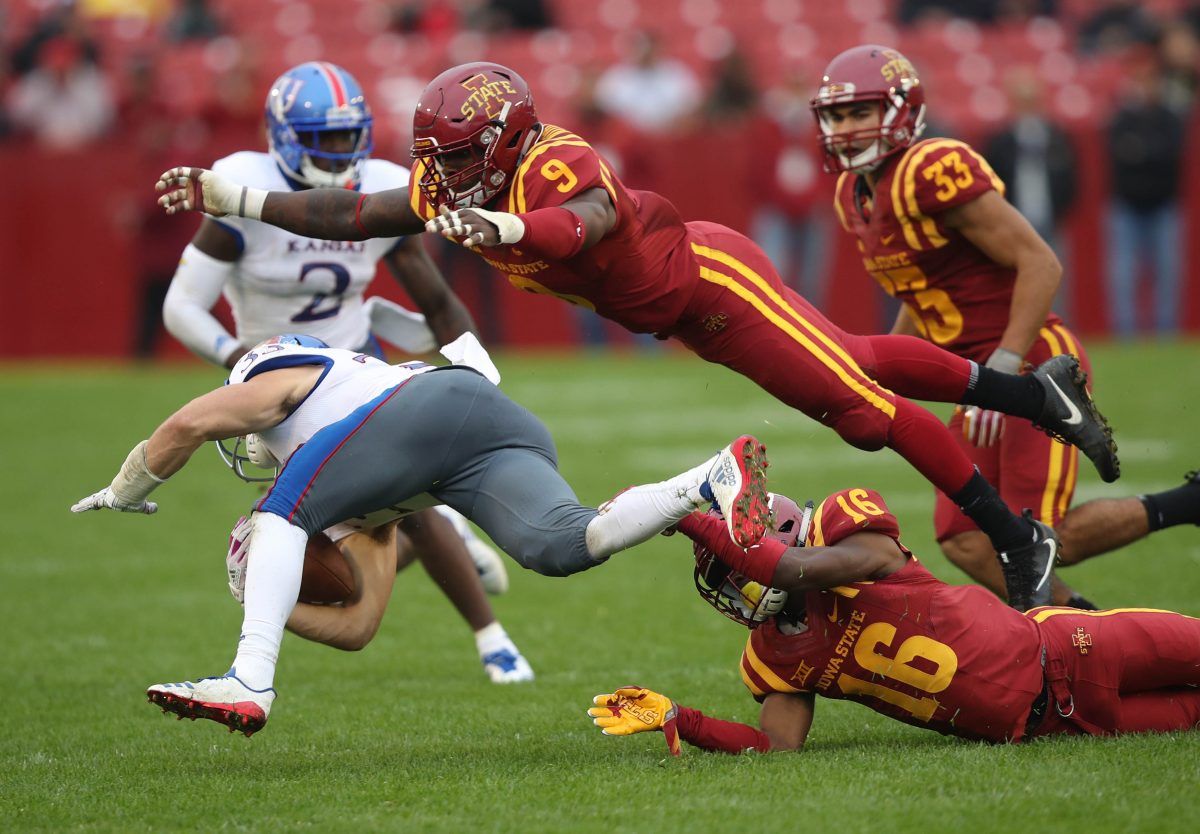 That is the last time Iowa State allowed fewer than 110 yards of total offense to a conference opponent. The Cyclones held Missouri to 59 yards on that day but on Saturday, it was Kansas that eked out only 106 yards.

“I think the whole thing was really impressive in my sense, because the one thing Kansas does is they do so much offensively,” Iowa State head coach Matt Campbell said about his defense. “They showed that all year. I thought the biggest thing, and I know it’s the statistic, 2-of-17 on third down, you know, the ability to get off the field on third down, that’s when you can start to limit a team’s yardage and I thought that was really big. Then 0-for-2 on fourth down conversions, you’re talking 2-of-19 in some critical moments and some critical opportunities. So I think really, really big from our defense’s standpoint.”

Kansas entered the game averaging for 161 rushing yards per game. Iowa State held them to 62. The Jayhawks averaged 5.8 yards per play in their first five games. On Saturday, the Cyclones allowed them 1.8 yards per play.

Iowa State’s defense was able to rush three down linemen and create pressure on both Kansas quarterbacks — Peyton Bender, who went 8-of-19 for 18 yards, and Carter Stanley, 3-of-7 for 26 yards — throughout the entire game.

Only one Kansas drive ended inside of Iowa State territory — and it did not come until there was eight minutes left in the fourth quarter.

It was Iowa State’s fourth shutout of a conference opponent in the Big 12 era. The last one came against Texas in 2015 and the time before that was against these same Jayhawks in 2013.

On a day some people expected Iowa State to come out with a hangover following its historic win over Oklahoma, the Cyclones’ defense played its best game of the season.

“They’re hard to come by so when you can do that against any team it is big,” senior linebacker Joel Lanning, who finished with a team-high 10 tackles, 2.5 tackles for loss and 34 yards on eight carries, said about the shutout. “I remember, two years ago when we had the one against Texas. Just shows you that the defense was clicking today and we were on all cylinders today as a defense.”

*** Campbell on the growth of the defense.

“We continue to grow,” Campbell said. “A lot of it was the guys on defense. The coaches have really done a great job brining this group along. We’re still young, but we’ll only continue to get better. I give credit to those guys on defense, thought they did well early on. The physicality and the detail they played with was really important.”

Self on Morris: “(He) dominated the game.”