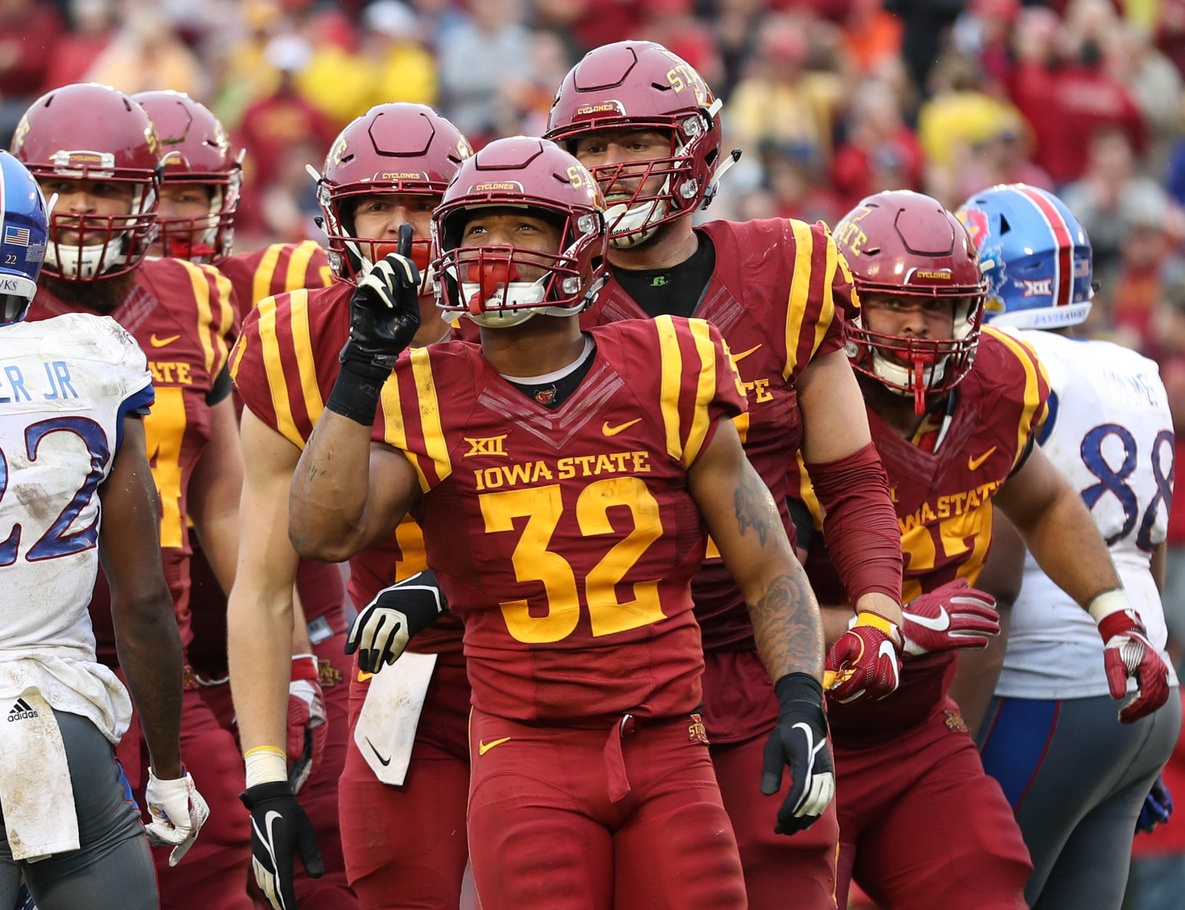 AMES — Matt Campbell and his staff were keenly attuned to the extended forecast.

“Just offensively, it forces you to be smarter, especially with how slick it was in the first half,” Campbell said after his run-heavy offense produced 99 fewer yards than its previous per-game average in a 45-0 rout of Kansas Saturday at Jack Trice Stadium. “Footing-wise, it was really hard to get to the perimeter at times.”

Overall, ISU ran the ball 59 percent of the time against an often-loaded Jayhawks’ box, relying more on its defense and special teams to produce many of the big plays.

Turned out to be sound strategy — even if some statistical categories took a hit.

“We were good in critical points,” said quarterback Kyle Kempt, who completed 13-of-20 passes for 122 yards and a touchdown to Marchie Murdock. “We may not have been as good driving the football, but when we got our shots down there we made them count.”

ISU, which is 2-1 or better to start conference play for the first time since the 2002 season, converted all six of its red zone chances into points.

Five of those chances ended up being touchdowns — and David Montgomery, who struggled to find running room on the rain-slickened field — scored three of them, pushing his season total to eight.

“He had to run it tough,” Kempt said. “David’s such a violent cutter and the conditions on the field don’t allow him to really move as well as he wanted to, but he ran so physically and that’s just his play style, so I thought he did a phenomenal job today.”

Montgomery deemed special teams and defense to be the differences in the game.

“The momentum shift, with just the special teams, you knew something was going to happen,” said Montgomery, who rushed for 68 yards on 21 carries while eclipsing 1,000 yards on the ground in his career. “That’s why I think it’s called special teams, because special things happen.”

Those “special things” coupled with the defense’s first shutout since 2015 allowed the offense to perform efficiently inside the 20-yard line.

As for any lingering offensive issues, Montgomery’s not overly concerned.

“On the offensive side we’ve just got some stuff to clean up,” he said. “That’s typically how it goes in a lot of areas. We’ve just got to get better. Come back tomorrow with a fine focus.”

Kempt said he felt just as calm as he did while helping the Cyclones beat then-No. 3 Oklahoma, 38-31, last week in Norman.

“We didn’t get really rolling,” Kempt said. “I think you probably put more pressure on yourself when you think you should be doing more against a team that, you know what I mean? — especially at home. We should be rolling quite a bit, but I thought we did a really good job, given the circumstances. We made it count.”

Iowa State improved to 7-2 under Campbell when winning the turnover battle. The Cyclones were plus-two today (Trever Ryen fumble recovery, Kamari Cotton-Moya interception). … ISU has outscored opponents 126 to 54 in the second halves of games this season. … Cotton-Moya’s interception was his third this season. The senior has five in his career. … Joel Lanning now has 918 career rushing yards, good for sixth among ISU quarterbacks in the modern era. Seneca Wallace is now seventh with 912 rushing yards. 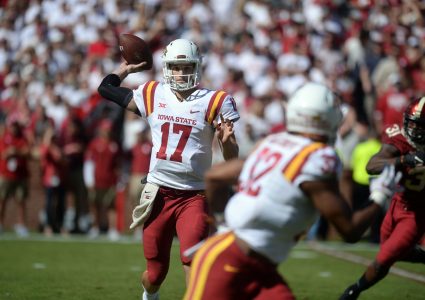