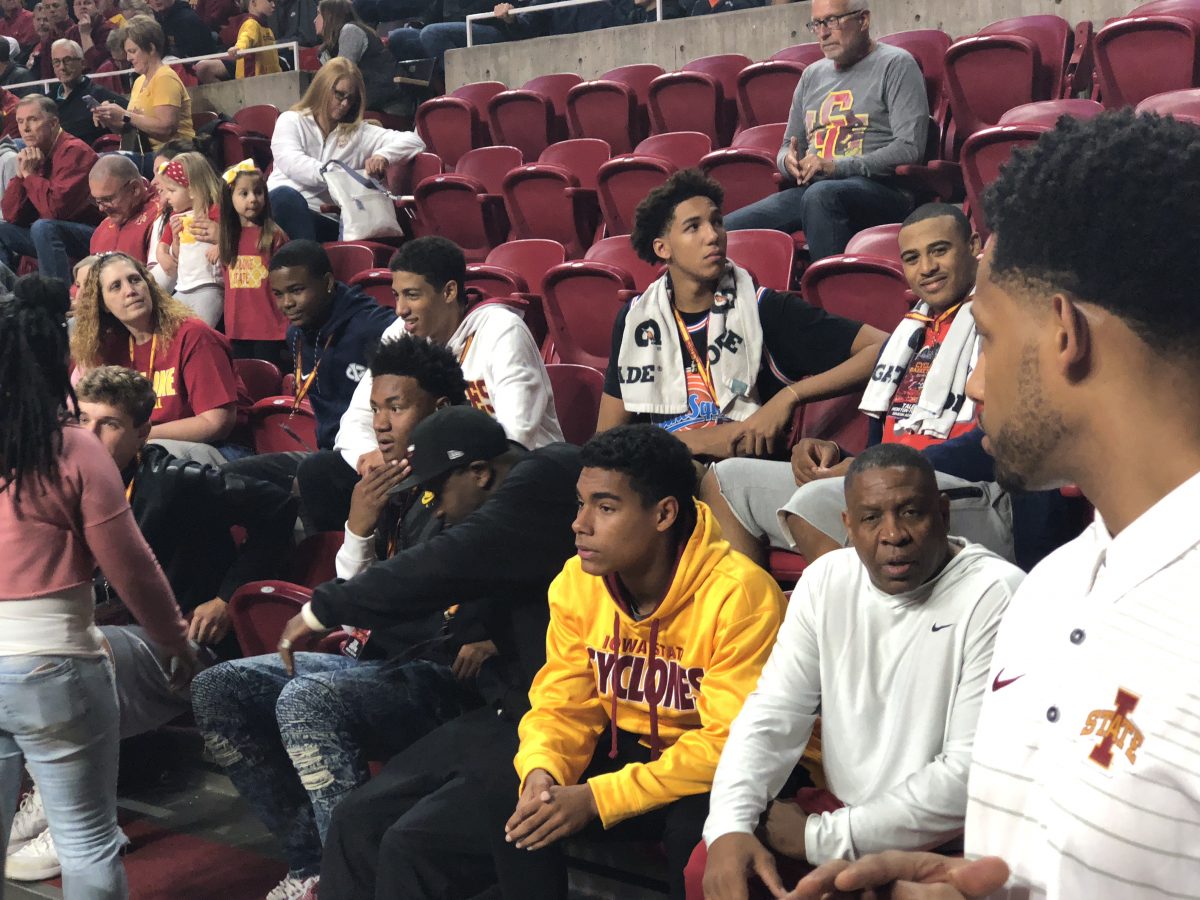 Iowa State has landed a commitment from four-star forward Talen Horton-Tucker. The No. 109 prospect in the country, per 247Composite, announced his decision in a ceremony at Simeon High School Thursday evening.

The 6-foot-5, 210-pound small forward chose Iowa State over other finalists Illinois and Xavier. The No. 28 small forward in the country officially visited Ames for the weekend of Hilton Madness.