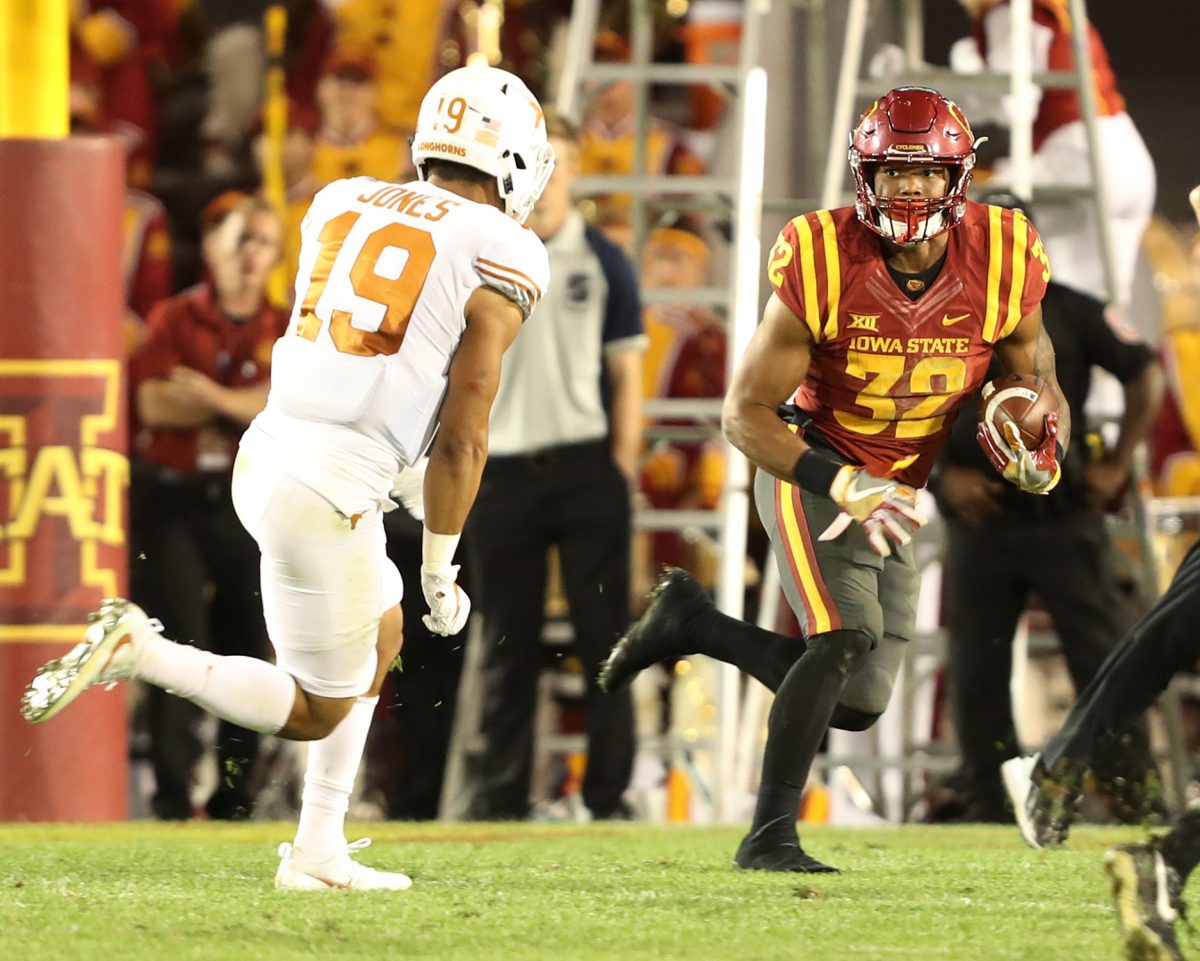 Not remotely enough for Iowa State’s superb sophomore tailback, whose role was conspicuously diminished in Thursday’s 17-7 home loss to Texas.

“I think against any team, having a balanced attack is very important,” said Cyclones offensive coordinator Tom Manning, who plans to utilize Montgomery more in Saturday’s 11 a.m. game at Oklahoma. “And like you said having nine touches, I think, you know, there were some things in the passing game we tried to get him to that we weren’t able to — that they were able to take away. I’d like to be way more balanced, especially when you have a guy like David. And I think ultimately that’s something that hurt us. I don’t think that’s a secret.”

Montgomery rushed nine times for 34 yards as ISU tried to counter the Longhorns’ loading of the box with a heavy dose of passing that churned up little success.

So it’s back to the drawing board against the third-ranked Sooners, who are coming off a bye week.

Oklahoma (4-0, 1-0) gave up 41 points in a Big 12 season-opening win over Baylor after limiting three previous foes to a combined 37 (including holding Ohio State to 16 points in an impressive road win).

“Extremely well coached,” Manning said of the Sooners’ defense. “Tremendous team speed. I think if you go from any position you’d see that. I see a team that there’s really no weak link from where you’re at structurally. I think it’s extremely sound and extremely talented and obviously that defense is a big reason why they’ve had so much success over the years.”

Oklahoma ranks 55th national in rushing defense, allowing 134.3 yards per game on the ground, so there’s a decent chance the Cyclones (2-2, 0-1) can regain some traction in the running game — and reestablish a semblance of balance that starts with putting the ball in No. 32’s hands.

***** Linebacker Joel Lanning — who recorded a career-best 2o tackles in the Texas loss — said the return of senior safety Kamari Cotton-Moya was “huge.” The key now is keeping the captain of the defense healthy, something that’s proven difficult throughout his career.

“He’s one of those guys that’s a vocal leader,” Lanning said of Cotton-Moya. “He’s been on the defense for a long time and he knows what’s going on. It’s good to have those people out there on the back end, yelling (out) what’s going on in certain things, so I think it’s huge. And he’s a captain for a reason. He’s a leader. He’s vocal. He’s a captain of the whole team and the defense and we’re working together and trying to get things going as a defense and he does a great job with communication out there.”

Cotton-Moya’s influence extends well beyond his playmaking ability. He recorded an interception against the Longhorns, but affected the game in less noticeable ways, as well.

“(He) did a great job,” Heacock said. “Made a nice play on the interception. Did a good job of helping all of our guys — the same thing. Veterans on the back end that can help you get lined up and help the rest of the guys play, that’s what he brings. He doesn’t just play well himself. He helps everybody else play and he holds everybody else to standards. I think that’s what I’ve appreciated the most about him this year. He knows the sand’s going though the hourglass and he’s trying to get all of it he can get.”

Lanning on Baker Mayfield and the rest of OU’s offense:

“It all starts with (no.) six,” Lanning said. “Baker. Great player. He’s got all the accolades for every reason. He’s earned them. We’ve got to find ways to stop him. We’re going to do that; try to contain him, make him throw the ball and we’ve got to cover in the back end. We’ve got some stuff for him, but it’s not just him. They’ve got running backs — they don’t just have one dominant guy. They rotate like three guys and they’re all really good. The wide receivers are good. The tight ends are good. And obviously their O-line’s big and can move, so they present a lot of problems for us, but we’ve just got to focus on ourselves right now in preparing for them.” 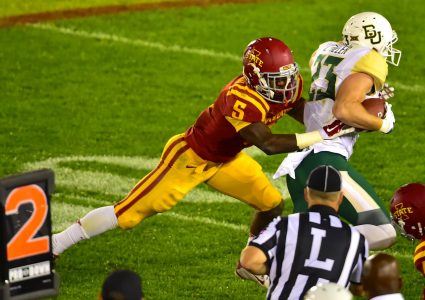