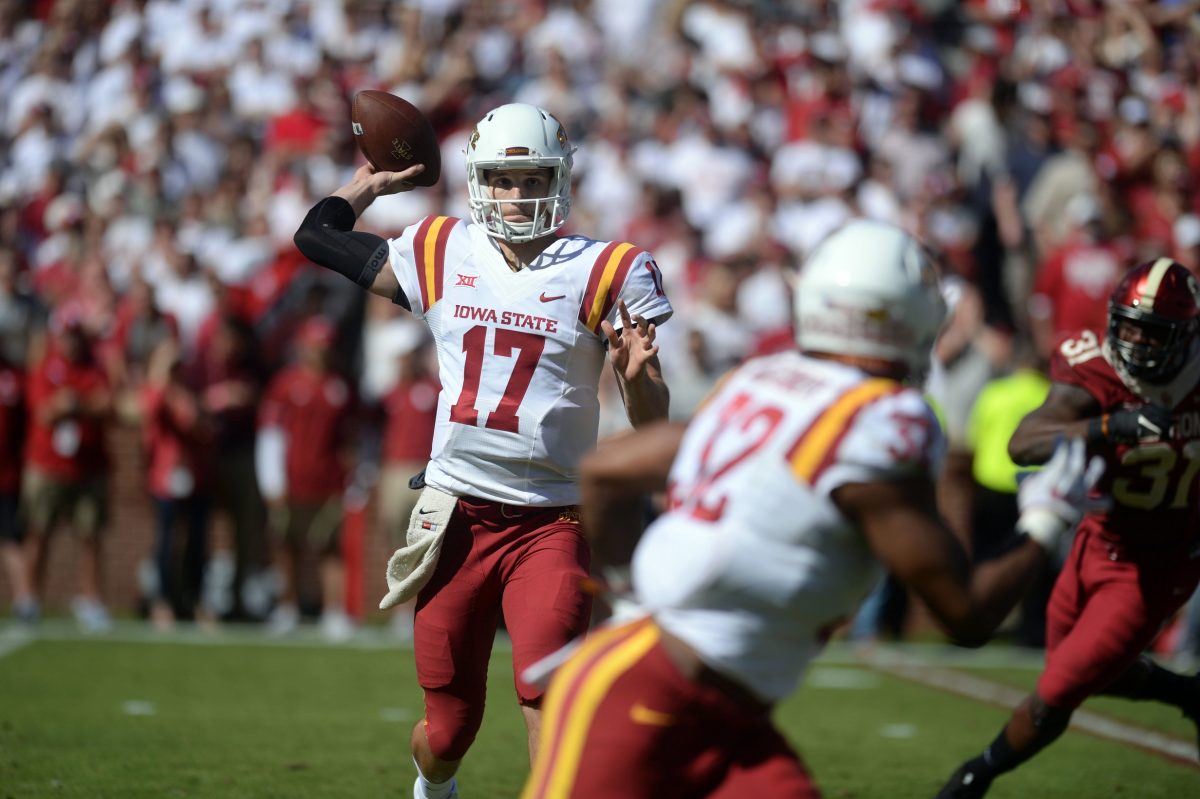 Why? Recent history — and four straight seasons with zero to two conference wins — makes it so.

Kempt’s two Big 12 triumphs tie him for the second-most for a Cyclone play-caller since Jared Barnett went 3-6 in 2011-12.

“The biggest thing that I really like about what I’ve seen from Kyle is poise and consistency,” said ISU coach Matt Campbell, whose team (4-2, 2-1) readies itself for Saturday’s 11 a.m. showdown with Texas Tech (4-2, 1-2) in Lubbock. “Those two things have been outstanding and (in) two, what I would say, chaotic environments for a quarterback to have to play in your first two starts. One, obviously you have to go to Norman, and the second one, you have to play in the rain. So I thought he did a really good job of handling both environments that aren’t easy for any quarterback to play in. Has done a really good job of that.”

Through two starts, the 6-5, 210-pound fifth-year, walk-on senior from Campbell’s hometown of Massillon, Ohio has completed 31 of 44 passes (70.5 percent) for four touchdowns and zero interceptions.

Kempt remains the clear starter entering Tech week, too, as still-inactive former starter Jacob Park isn’t even on the depth chart and redshirt freshman Zeb Noland is listed at No. 2.

Campbell added that all Kempt needs to do is remain the guy he’s always been — humble, stoic, prepared for anything. He’s unflappable and might not wow with his arm strength. Kempt simply gets the job done well and generally without unwanted drama.

“I think the only thing you hope to continue to see is his growth within the system,” Campbell said. “You’ve seen him be able to make some really hard throws. Be able to step in there under pressure and he’s made some big throws in key moments really in both football games. So you don’t worry about that. The biggest thing is just continuing to grow and stay within himself. Kyle’s one of those guys that has such a poise about him, that I do think that’s the one thing he’ll have the ability to do, stay within himself.”

Kempt will be tested Saturday by a revamped Red Raiders defense that features a slew of newcomers. It’s an athletic group and will make reads and pocket comfort difficult to maintain.

How can Kempt counter those elements?

“Use your resources,” Campbell said. “Use your players around you to make good things happen within the game.”

*****Campbell was asked Monday about his team’s better tackling. It’s been evident on a defense that’s held each Big 12 foe at least 10 points below their scoring average and there’s a simple reason why.

“We are tackling better,” Campbell said. “What that’s attributed to, I think, is just the confidence in our kids being in the system know for two years and knowing where to align and where to assign. I think sometimes on defense, when you know where to line up, now you can read your keys and actually react. You felt like at times last year we were still trying to get settled into a new scheme and where do you fit and how do you react.”

*****Awarding senior receiver Trever Ryen the Big 12 Special Teams Players of the Week honor was a no-brainer. Ryan — who ran a punt back 68 yards for a touchdown while starring as the gunner, as well — us currently third all-time at ISU in punt return average at 14.2 yards per attempt.

“I know I said this last year, Trever’s one of those guys on your football team — he is the absolute same guy every day,” Campbell said. “He continues to strain to get better, consistently.” 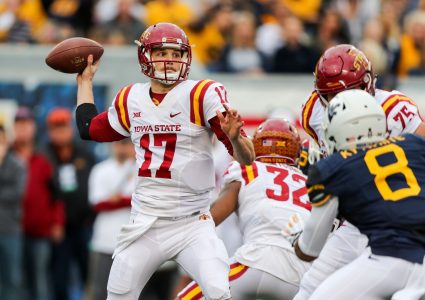