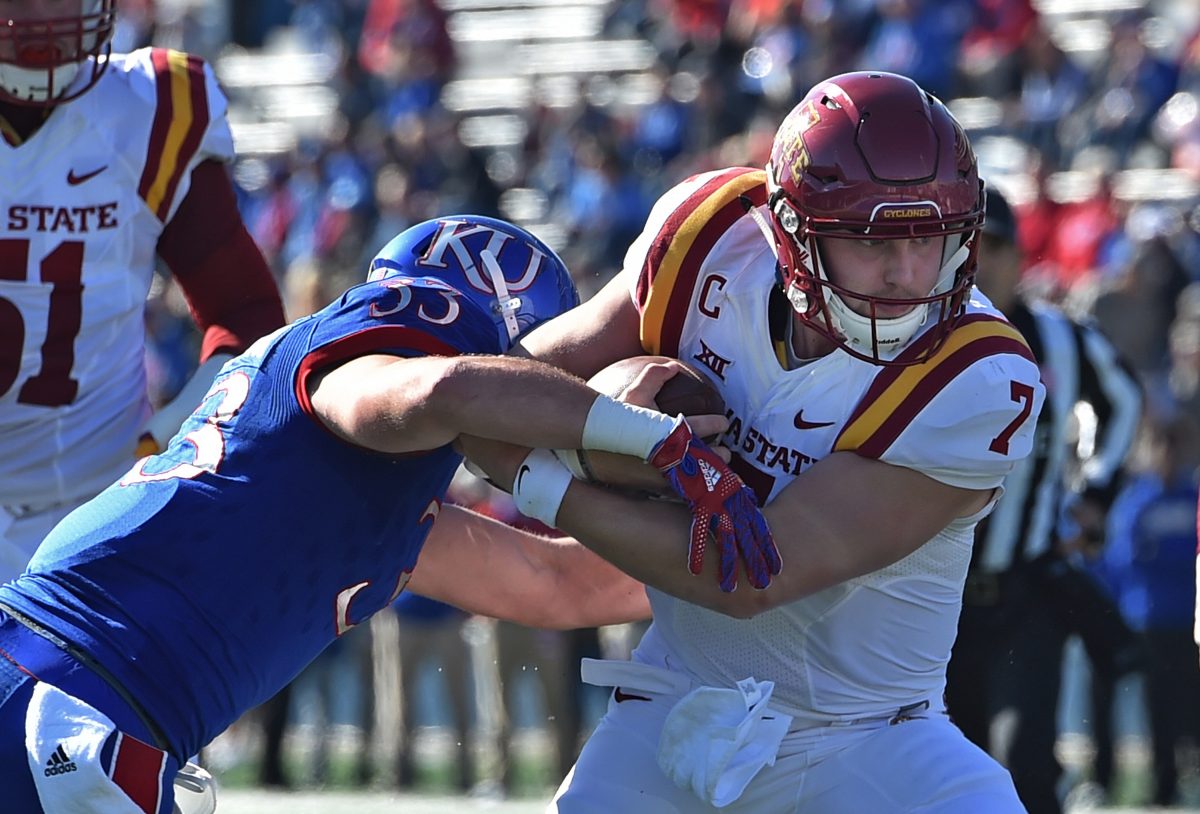 “One thing led to another and I was playing back at safety and I see Joel running straight at me,” Lazard, a former Urbandale star, said of Lanning, who shined at Ankeny. “I was probably, like, 170 at the time and he ran me over and screamed right in my face. It about put the fear of God in my eyes. So it’s good to be on his team.”

Still is — despite vast changes since Lazard recalled that pre-Iowa State clash in the secondary. Lazard’s on pace to break most of his school’s receiving records as a senior. Lanning will spend his final season at ISU remolding himself into a top-flight linebacker.

Two seniors, one path, with first steps along it coming in Saturday’s 7 p.m. season opener against Northern Iowa.

“I’m really excited,” said Lanning, who owns an impressive 19-to-7 touchdown-to-interception ratio, but saw playing time behind center dwindle as Jacob Park emerged at the position. “It’s one of those deals where I’m trying to get out there and see if I can actually do it. You can practice and scrimmage as much as you want, but there’s nothing like that actual game-like experience.”

Uncertainly can invite worry. This time for ISU, it signals opportunity.

The long-struggling Cyclones’ mood is lighter. They’re joking around. They’re confident in their preparation and attention to detail. They flip barbs at each other with such regularity that it deepens camaraderie, instead of dinging it.

“He still looks soft,” Lazard said with a smile. “He still looks very soft. Still has that QB in him, so every now and then I try to toughen him up on the locker room, give him a few nuggies.”

“He’s doing phenomenal,” Lazard said. “Being a great leader for those guys on that side of the ball. Just his unselfish play, is breathtaking for me, just because being close to him and seeing the struggle that he’s gone through the past few years and making that sacrifice, you know, as his teammate, it makes you want to go out and work harder. Because you see this kid is going out there and doing whatever he can for us to win and being so unselfish that you realize you can do the same thing as well.”

How good will Lanning be at MIKE linebacker in week one? No one knows.

Better question: How much better will the Cyclones be than they were in last season’s mistake-strewn 25-20 season-opening loss to the Panthers?

“I feel like we’re right at the top of it, about to get this thing turned around and hoping to get it turned around this season,” track star and receiver Trever Ryen said. “And yeah, people joke around. … It’s a fun environment right now and I love it.”

Maintaining that atmosphere requires winning on Saturday and beyond.

The Panthers have won two of the past three meetings. They’ve split the past six matchups. If ISU’s to finally put some visible distance between themselves and their cross-state FCS upstarts, there can be no foot fumbles. Few pre-snap penalties. No inexplicable gaffes.

“We deserved to lose,” Lanning said of last year’s downer against UNI. “We didn’t play a good game. We had turnovers. They came in here and put it to us. They outrushed us. Just everything that you could do to lose, we pretty much did it.”

Lanning’s willingness to undergo a radical position change — though he will play on offense at times, in some capacity — caused all his teammates to take notice and reflect.

Even the strong-armed guy who replaced him as the starting quarterback.

“His attitude is what impresses me the most,” said Park, who tossed 12 touchdowns to five interceptions as a part-time starter last season. “He comes out every day with a smile on his face. When I’m looking or doing my reads, if I lock eyes with him, he’ll just crack up laughing. It looks like he’s having a good time and that attitude is contagious. You see Joel over there laughing and smiling, you see everybody else laughing and smiling. But what he can do better than anybody else is laugh and smile and then when the ball’s snapped, he hustles to the ball. He runs full speed. He does his job, he does his reads. He tries to do everything 100 percent every time, so I really appreciate Joel. I like his attitude.”

Like Park said, it’s contagious — right down to the good-natured battle he’s waging with fellow linebacker Willie Harvey over the No. 7 jersey.

Who wears it Saturday?

“I have no idea, honestly,” Lanning said, smiling.

No matter. Lanning’s already made a rock-solid impression at linebacker before amassing any real numbers on the field — until Saturday.

“All my teammates, I think and believe, have confidence in me that I’m going to do my job,” Lanning said. “It’s one of those deals, like, if I make a mistake, they’re going to try to bring me up. You’ve got to have a short memory, anyways, just like you would at quarterback. And if they make a mistake, have a missed tackle or something, I’m going to be there for them, try to bring them up, have a short memory. It’s like, Marcel Spears told me one day after practice, ‘You know, why I mess with you? Because you never get fazed when things go crazy. You just stay calm all the time.’ I’m just trying to do my best, keep guys calm out there, so we can focus and play fast. It’s not the type of person I am to have something effect me.” 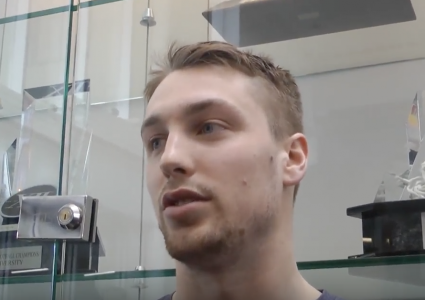