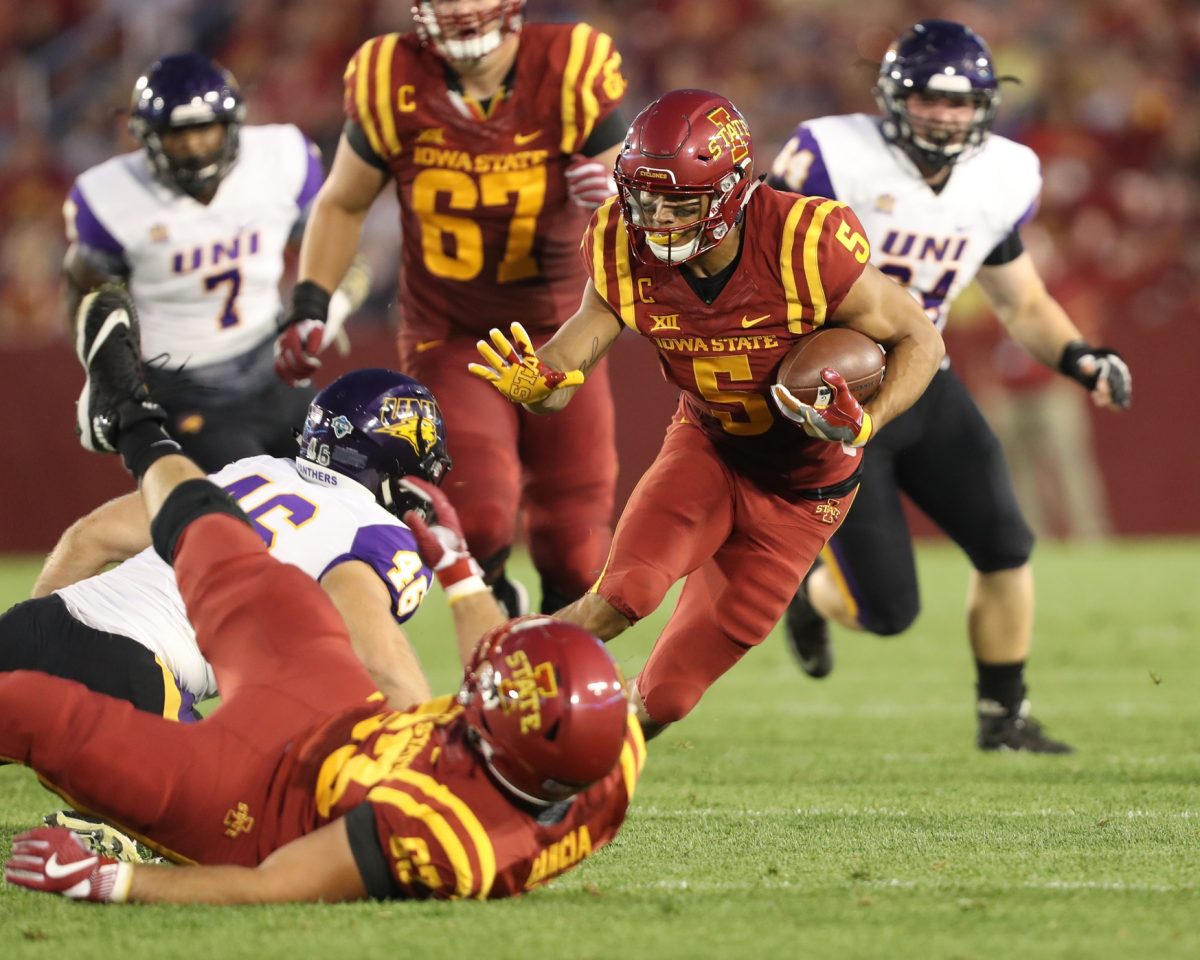 Allen Lazard‘s claim for the title as Iowa State’s best receiver of all-time continues to improve.

The Urbandale-native became the program’s all-time leader in receptions with his seventh catch, the 177th of his career, in Saturday night’s season-opening win over Northern Iowa. Lazard finished the game with eight receptions for 108 yards and 178 career catches.

“Obviously, it’s a huge honor and everything,” Lazard said after the game. “Just shows kind of how much work and dedication I’ve had for this program and how much this program means to me. It’s all great and everything, but I’m not worried about that. I’m just happy that we won the game and I’m focused on Iowa now.”

Lazard surpassed Todd Blythe‘s 176 career catches from 2004-07. The game was Lazard’s fourth straight contest with more than 100 yards receiving and the ninth such game of his career, both also school records.

Great to see @CycloneFB open up with a win and congrats to @AllenLazard on setting a new all-time receptions record!

Lazard needs 163 yards to pass Lane Danielson for second all-time in receiving yards. He needs 569 yards to pass Blythe for the program record.

The senior also extended his school record streak of 36 games with at least one catch. He has had at least one reception in every game he has played in an Iowa State uniform.

“Great for Allen,” Iowa State head coach Matt Campbell said. “I think that just shows what kind of consistency over his four years career that he’s just had tremendous sustained success. I couldn’t be happier for him. I think the biggest thing Allen would tell you is he is equally about this team having success and about him being a great senior and really doing a great job leading this team and keeping his composure with these young guys sometimes on offense. I thought he did a great job of that too, but I’m really happy for Allen. Nobody deserves it more than he does.”