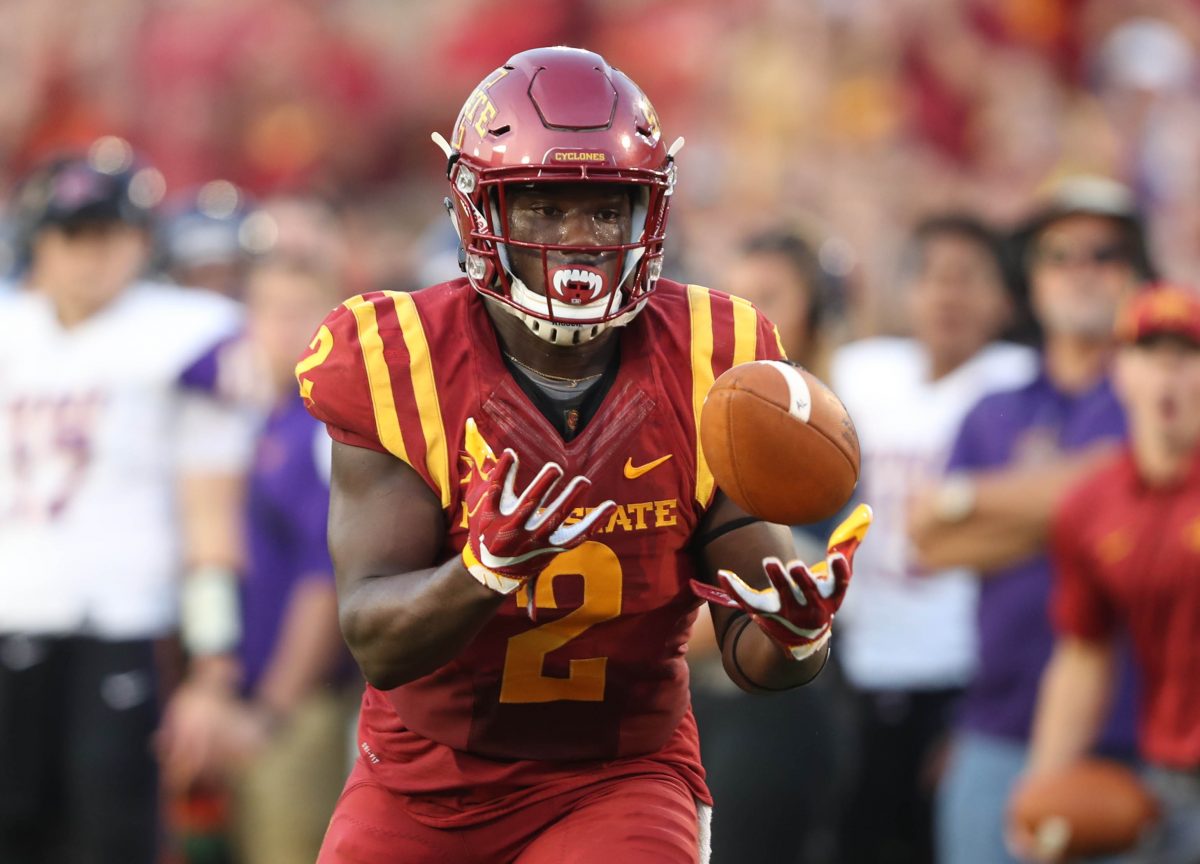 AMES — Willie Harvey turned in his No. 7 jersey before Saturday’s season-opener against Northern Iowa. Linebacking mate Joel Lanning continued to wear it instead.

So Harvey donned the No. 2 before a sellout crowd of 61,500 at Jack Trice Stadium — and wore it well by snaring a vitally-needed early pick-six.

“That was a game-changer,” said cornerback Brian Peavy, who also added an interception in a crowd-pleasing 42-24 win over the Panthers. “We kind of came out slow. That pick-six, that turned the game around.”

Harvey’s tip to himself of an errant Eli Dunne pass tied the game, 7-7, with 8:04 left in the first quarter. Lanning pressured Dunne and Harvey took the pick into the end zone from 12 yards out.

Here is that pick-six from Willie Harvey to tie the game up at 7! pic.twitter.com/cSbd5dfNsp

“Just staying in the right coverage,” Harvey said of his touchdown, which preceded safety Kamari Cotton-Moya’s 22-yard touchdown seven minutes later. “Just doing what I was coached (to do) and I made a play for my team when they needed it the most.”

Yes, the suddenly opportunistic Cyclones pounced for a pair of pick-sixes that gave them a 14-7 lead they would not relinquish, despite some wobbly moments.

How rare is that? The last time ISU snared two interception returns for touchdowns came in 2010 when A.J.. Klein (who had four in his career) and Jeremy Reeves teamed in housing opposing quarterback’s passes.

More perspective: The Cyclones had one pick six last season (Cotton-Moya), and none the previous three seasons.

So Harvey and Cotton-Moya doubles the total ISU amassed in 48 recent games during a head-spinning — and “game-changing” span of six minutes and 56 seconds.

“If we flip back to a year ago and we got a lead and, it’s kind of back and forth, and then we’d panic,” said ISU Coach Matt Campbell, whose team was minus-three in turnover ratio in last season’s 25-20 opening loss to the Panthers. “We turned the ball over. We don’t make some stops that we need to make and I think that’s the biggest difference that I’ve seen. When (we) got (in) some adverse situations, we were able to step up and make those plays.”

UNI dissected the Cyclones’ defense on the game’s opening drive, covering 75 yards in eight plays to take a 7-0 lead. ISU’s offense — which didn’t score in the first half until a David Montgomery-led drive opened up a 21-10 edge — managed one first down, then punted.

Then came Harvey’s athletic pick, aided by Lanning’s dogged pursuit of a scrambling Dunne. A snowball effect ensued and the Cyclones — who collected just 13 total takeaways last season — hungrily added interceptions by Cotton-Moya and Peavy, who, notably, was unable to turn it into six points.

Will he hear from his teammates about that?

“Oh yeah, I’ll bet I’ll hear that during film tomorrow and all of that — ‘Oh, why couldn’t it have been six?’” said Peavy, who carried the Texas state flag onto the field before kickoff after helping spearhead local efforts to provide aid to his hometown of Houston. “So I told them we’ve got 11 games-plus (left), so they’ll see me in the end zone soon.”

Peavy led the Cyclones with 10 tackles. Lanning and safety Reggie Wilkerson added seven apiece. The ISU defense limited the Panthers to three or fewer plays on eight of 15 drives — clamping down hard after the initial drive of the game.

“They drove it right down the field on us without any issues, really,” Lanning said of how the game started. “Whether you can say we weren’t ready or not, I mean, we didn’t panic on the sideline. That’s really what the big deal was. We didn’t panic. We just went back out there the next drive and got a turnover. Came back out and got another one. … But those are huge. That’s what you’ve got to do defensively is create turnovers.”

JUCO newcomers on the line Matt Leo and Kamilo Tongamoa saw their first game action. Leo played on special teams. Tongamoa, who arrived on campus last week, played some down-and-distance snaps. “He wasn’t ready to be guy that goes out there and play 40-50 snaps,” Campbell said of Tongamoa. “We’re trying to get him ready to go. It was great for him to be able to get out there.” … Peavy was asked to contrast this week one feeling with last season’s. His response? “Sweet,” he said. “It kind of just put a stamp on our season and what we’re headed for. A new team, new year.” … The Panthers converted just three of 11 third-down attempts. ISU improved to 2-2 against UNI in the past four meetings. 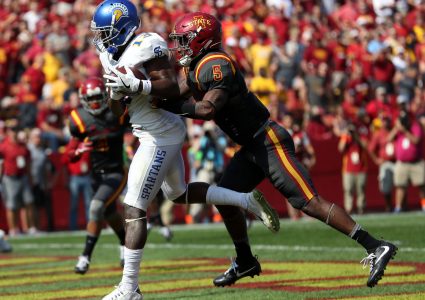 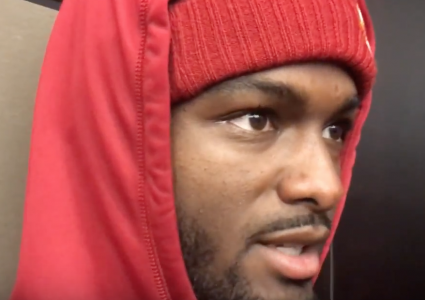 CFTV: Kamari Cotton-Moya on his pick six against Texas Tech